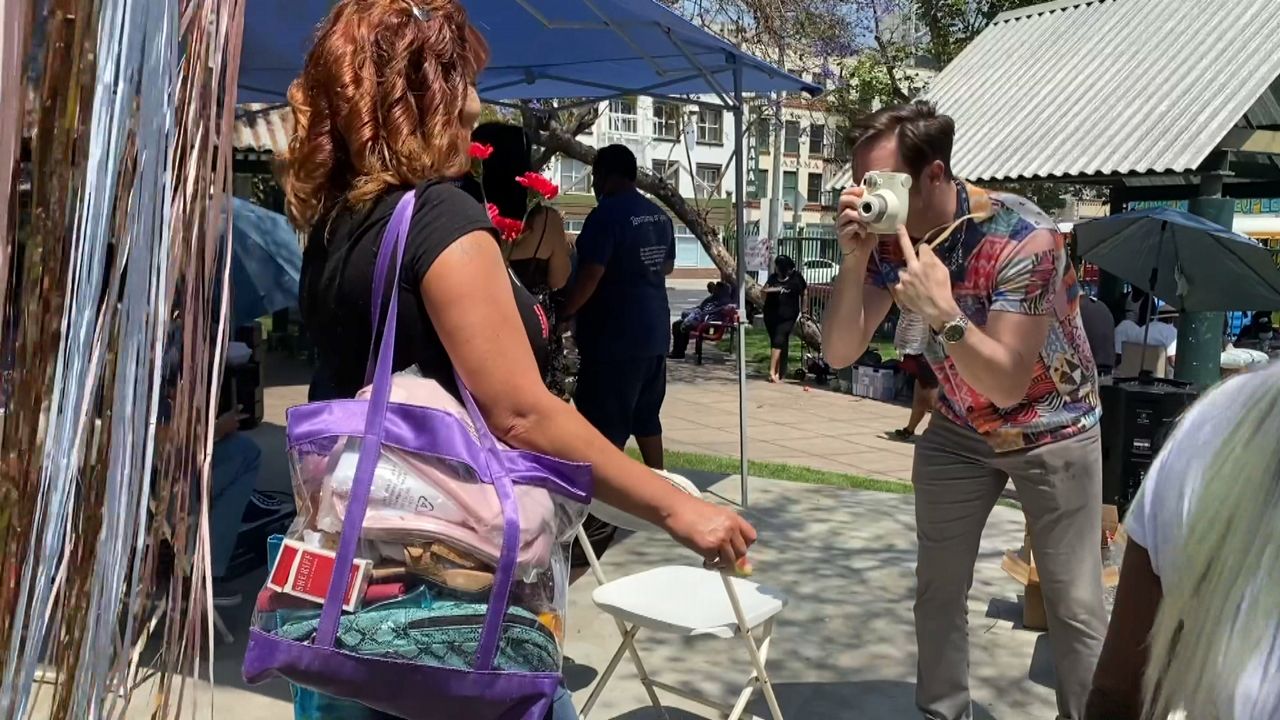 About 400 women attended the event, many of whom say they look forward to this day every year.


It was the most love Serina Suemanuel said she felt in a while, as she was thrilled to find an event with free makeup, clothes, food and goodie bags.

"I feel spoiled and pampered," she said. "It’s amazing."

It’s nice to have a reason to smile, as the last 14 months have been tough on the mom of two. Suemanuel has been living on Winston Street in a tent by herself. But she said she'd rather be homeless than stay in the situation she was in. When her longtime boyfriend stabbed her in the eye with a chopstick, she said enough was enough.

After more than a year, things are finally starting to look up. Suemanuel has been clean since the day she left that relationship and hopeful she’ll soon find a job.

The clothes offered at the Mother’s Day event will help her look presentable when she goes to interviews. She also noted that finding undergarments they offered is like hitting a jackpot.

"It’s a blessing to have all of these underwear because that's a hard resource to find," she said.

Justin Mayo, executive director of Red Eye, explained how it makes his heart happy to see women like Suemanuel smiling ear-to-ear. Red Eye and the Watts Empowerment Center partnered with several organizations including Freedom and Fashion, who provided the goodie bags, to put on this event for the unhoused mothers.

As he walked through Skid Row, Mayo noted that recent statistics show a 16% increase in the number of homeless here, and that was before COVID-19 — so he’s expecting this year’s stats to skyrocket.


Mayo isn’t hopeful about Judge Carter’s order for Los Angeles City and County to offer some form of shelter or housing to Skid Row’s entire homeless population by October. He said he’ll believe it when he see it.

"Too often people have overlooked or said, 'Oh, they’re all just addicted to drugs or prostitutes,' and they put all these labels on individuals without actually knowing, hey this is actually a mother with three kids."

Suemanuel added that most women on Skid Row are overlooked, so to honor them on this day is amazing.

"We all deserve a gift and an opportunity," she said. "We’re just not nobody. We're just broken and come from broken homes, and sometimes we’re just stuck in our environment because we don’t have resources."

On Monday, Judge David O. Carter heard a motion from LA County to be dismissed from the lawsuit that aims to force the city and county to do more about the homeless. No decision has been made yet, but this lawsuit is what led Carter to order city and county officials to offer some form of shelter or housing to everyone living on Skid Row by October.