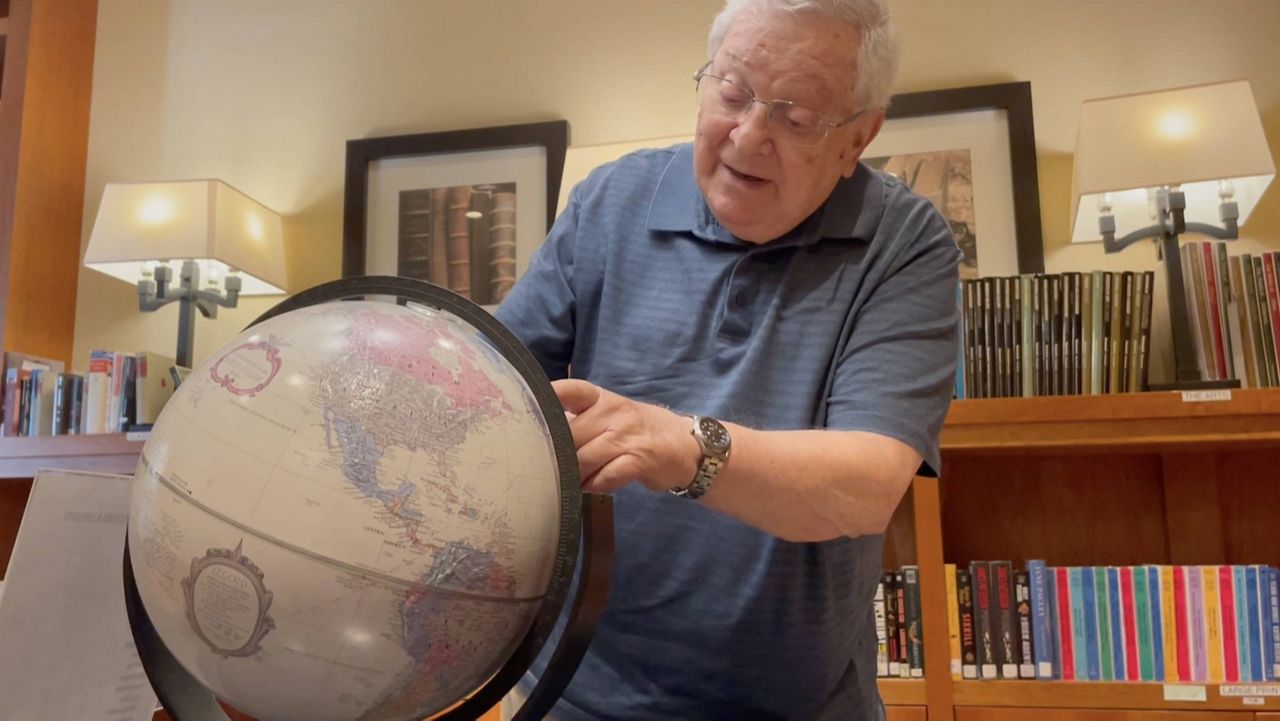 Joe Hess escaped the Holocaust at 6 years old through the Kindertransport train.

NORTHRIDGE, Calif. — Joe Hess, who was born in 1932, is a survivor. He escaped Nazi Germany via the Kindertransport at the young age of 6 after being separated from his parents.


Hess, who now lives at the Village at Northridge Senior Living Facility, said his journey took him from Germany to London, and ultimately the United States.

Despite his young age, Hess still remembers the traumatizing scene at the onset of the Holocaust — his family’s synagogue being burned down in Fulda, Germany.

“We were trying to save the Torahs. People were running in during the fire," said Hess. "Stores were being smashed, and it was a scary thing because as a kid, you have friends running around and then all of a sudden everything stops. It is like terror. And even at a young age you begin to say what’s next?”

What came next was a handful of miracles.

Hess and his sister were two of 10,000 young Jewish children who had the opportunity to escape through the Kindertransport train.

He figured his parents would not have made it, but one fateful day in 1955, after settling down on the East Coast, he received a call from his sister with shocking news. His father was alive. He had been released by Russian authorities.

“Outside of the tears and the hugging, it was just almost like, my life was coming back to the old, but there was new, and all I could think of was, we have a future together now,” said Hess.

This moment of Hess reuniting with his father is just one of many memories he made with him. His overflowing gratitude for surviving a genocide is now being heard more intentionally through a new podcast entitled "The Golden Mic Experience."

Hess spreads a message of peace and unity with everyone he speaks to because he saw first-hand what a seed of division did to his community.

“We are living in a world where it could happen anytime, if you see what is happening in China. There are countries that want to eliminate people — eliminate a huge population, and the rest of the world sits by. We do not learn from history, and that is the key. I think the holocaust sends a huge message on that,” he said.

At 88 years old, Hess said he will continue to share his journey to anyone who is willing to listen.

"The Golden Mic Experience" podcast is available at srglive.com and on Spotify.

CORRECTION: A previous version of this article misstated the name of "The Golden Mic Experience" podcast. This has been updated. (April 9, 2021)