EL SEGUNDO, Calif. — COVID-19 has affected everyone in unimaginable ways, and the Elton John AIDS Foundation said it is committed to ensuring that the coronavirus pandemic doesn't impact its efforts to deal with another global epidemic.

To continue its efforts as a leading organization in the fight against HIV and AIDS, the foundation created by Sir Elton John in 1992 has been moving to digital platforms in the last year. This virtual shift included its latest Academy Awards Viewing Party on Sunday.


"It has absolutely become one of the signature events of Oscar night," said Anne Aslett, CEO of the Elton John AIDS Foundation. "In normal times, we would all have gathered in early February when the Oscars would have taken place, something like 1,000 people in a huge marquee, and had our event there." 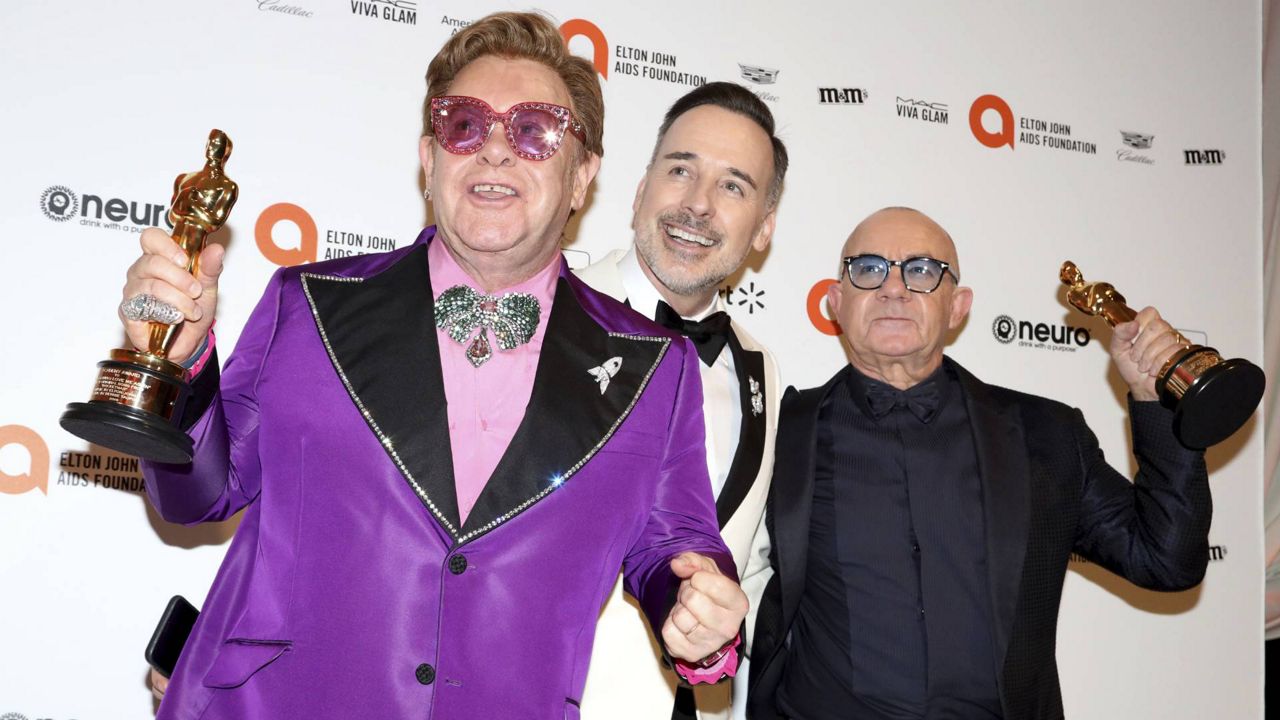 Since its inception in the early '90s, the Academy Awards Viewing Party has supported the efforts of the foundation, which John was inspired to create after befriending Ryan White, an Indiana teenager who died of AIDS in 1990.

"He spent the last week of Ryan’s life with the White family just helping out wherever he could, and I think he was so deeply struck by the sort of forgiveness and compassion they showed, given how hard Ryan’s life had been," said Aslett. "The newspapers talked about AIDS as if it was some kind of hideous punishment for gay people, and it was the first time in my life that I had ever known of people getting sick of a disease where the response wasn’t love and compassion and care."

With the simple mission of ending the epidemic forever, the foundation is now one of the top independent organizations in the fight against HIV and AIDS. However, the coronavirus has provided setbacks and challenges that have forced the foundation to pivot in some ways.

"All of the services that are provided physically, going and collecting medicine, counseling and support, access to information, so many things that people took for granted that could be done physically suddenly had to stop," Aslett said. "A lot of supply chains were interrupted. People couldn’t get their medication."

COVID-19 has, in effect, forced the world to explore modes of virtual health care, and the Elton John AIDS Foundation is working to ensure this continues in a digital era to serve young people affected by HIV. This year's Oscar Party, for example, is geared specifically towards raising money for the younger generation.

Young people represent 25% of the world’s population but are disproportionately affected by #HIV, making up 36% of new cases. To address this concerning issue, we must build trusting support networks, amplify young people’s voices, and cultivate better ways of reaching them. pic.twitter.com/w3RQx0PiJG

Not long after being inspired by young Ryan White to start his foundation, John was inspired by another AIDS victim, political activist Patrick Lippert, to begin hosting an annual Oscar Party. The foundation has been raising money on Hollywood's biggest night ever since. This year's objective on Sunday was different, despite the event going virtual amid the coronavirus pandemic.

"We cannot forget the 38 million people living with HIV globally who need our care, love and support so we hope everyone joins us for this special one of a kind Oscar Pre-Party," said John in a statement before the event.

"The advantage actually is that, because we’re virtual, you know, we can open it up to a much, much wider audience because you don’t have to be in L.A. to benefit from it and to be part of it," said Aslett. "The fun will be that we can share some of the magic of the event with everyone, and we can talk about the issue with everyone."

The pre-party special was powered by Cisco Webex to securely bring the event live to those who purchased tickets. Emmy and Tony Award-winner Neil Patrick Harris co-hosted with John and husband David Furnish, while recent Grammy-winner Dua Lipa graced viewers with a couple of performances — one of which included John himself.

What a special moment it was to see @eltonofficial and @DuaLipa perform together at #EJAFOscars! Our favourite had to be Bennie and the Jets!!✨🚀 https://t.co/OxQNhaMTJe

Lipa was, as Aslett described, a perfect choice for this "fabulous hybrid" of an Oscar Party, given her experience in the virtual realm. During the pandemic, Lipa released the hugely successful live stream concert Studio 2054, whose debut reached more than five million viewers.

"It’s such an honour to be a part of one of the most iconic Oscar Parties and I’m really proud to support the Elton John AIDS Foundation to help tackle the stigma that exists around HIV as we need to build a kinder and more accepting world together," said Lipa in a statement before the event.

To continue building that more accepting world, the foundation has several projects in the works beyond its highly anticipated Oscar night and overall move toward digital services. As Aslett explained, they're planning to launch a new program for the LGBT community all around the world.

"We're also going to do a piece of work in the U.S., particularly concentrated in the Southeast of the U.S., which has the highest rate of HIV in the country," said Aslett, adding that they hope to bring in some cultural and religious figures to assist with that effort.

Meanwhile, the foundation continues to hold webinars with its partners who, with the foundation’s support, are still able to provide funding to community-based organizations in Asia, Africa, and the U.S. during COVID-stricken times.

"Although it's been very challenging, I just do want to stress that human beings are enormously resilient and kind and compassionate," said Aslett. "I feel optimistic about how we can get out of this."

To find out more about the foundation's efforts, please visit here.