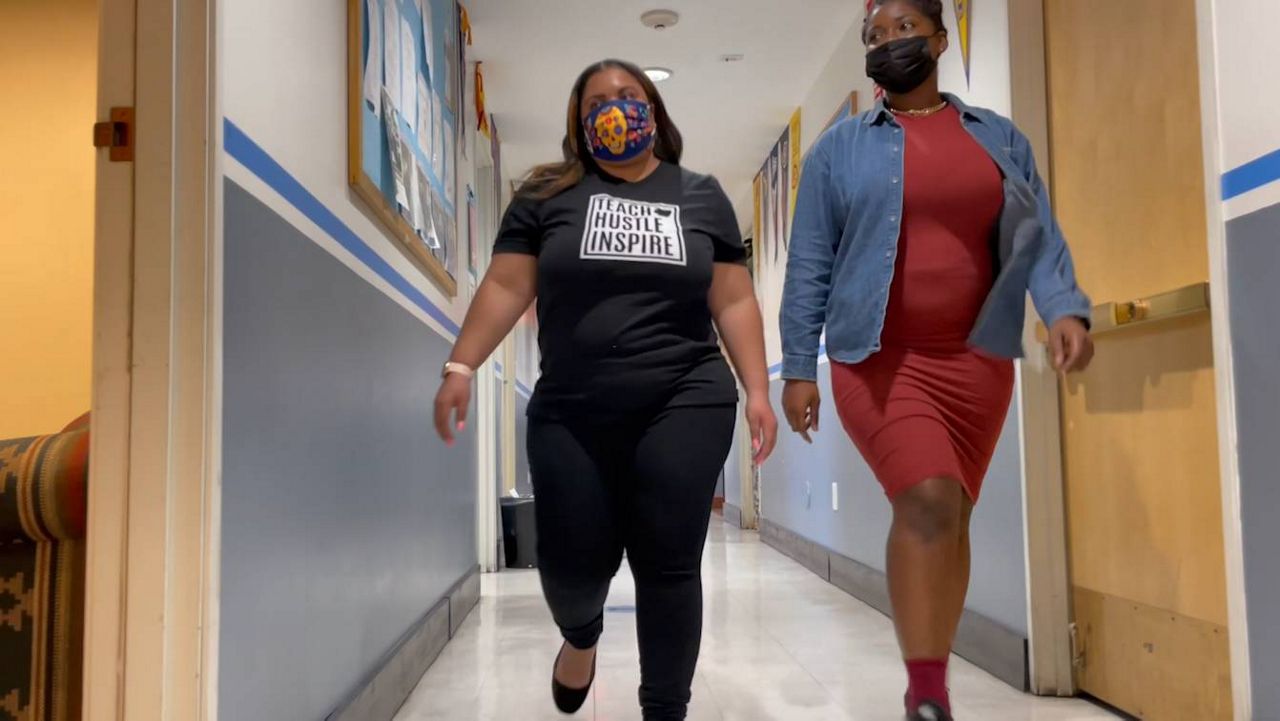 COMPTON, Calif. — You never forget the ones that have helped in a time of need, and the wardrobe closet at Compton Bridge Academy is just one example of the ways in which Haven’s House is helping youth in Los Angeles who are struggling with poverty and homelessness.

Abaynee Carr, principal of Compton Bridge Academy, created the nonprofit Haven’s House because she saw first-hand what living in the streets did to her sister.

“Haven’s House came out of, not a passion project, but just something very close to me. I was adopted and reunited with my family six years ago. When I was reunited with my birth sister five years ago, I realized she was a victim of human trafficking. She had been in a foster care program, had ran away, and was homeless,” she explained.

That is what pushed Principal Carr to help her sister and countless youth throughout Los Angeles. In 2020, there were over 66,000 houseless students in Los Angeles County, but Haven’s House hopes to change that. As Principal Carr now works with a student she once helped through her nonprofit, she said the parent circumstances of the many students she comes across, are often due to a cycle of generational trauma.

“Sometimes it’s not that their parents aren’t there or can’t be there, sometimes they just don’t have the tools also, or they don’t know where to get the resources to help make their child successful or help them get through school. So really, that is what we are. We’re here to help those families, those students, to make sure that, just like my sister, that there is somebody who’s there to help them if the system has failed them,” she said.

Marie Shaw was initially hesitant to receive help from Haven’s House, but after she built trust with Principal Carr, she is now helping her help others.

“Once I realized she was really just giving from her heart, that there was no expectations, it was just her genuinely wanting to help me, I definitely took on to that,” Shaw said.

In addition to practical resources like clothes and hygiene kits, Haven’s House, which currently houses a wardrobe closet at Compton Bridge Academy, helps students with finding shelters, and coordinating therapy services. Principal Carr said she is focused on not just helping students recover, but also helping those students learn how to reach out to their peers and empower them as well.

“I always ask people like, 'okay, you’ve done the work, and you’ve benefited from the resources, what can we do to help somebody else out as well?'”