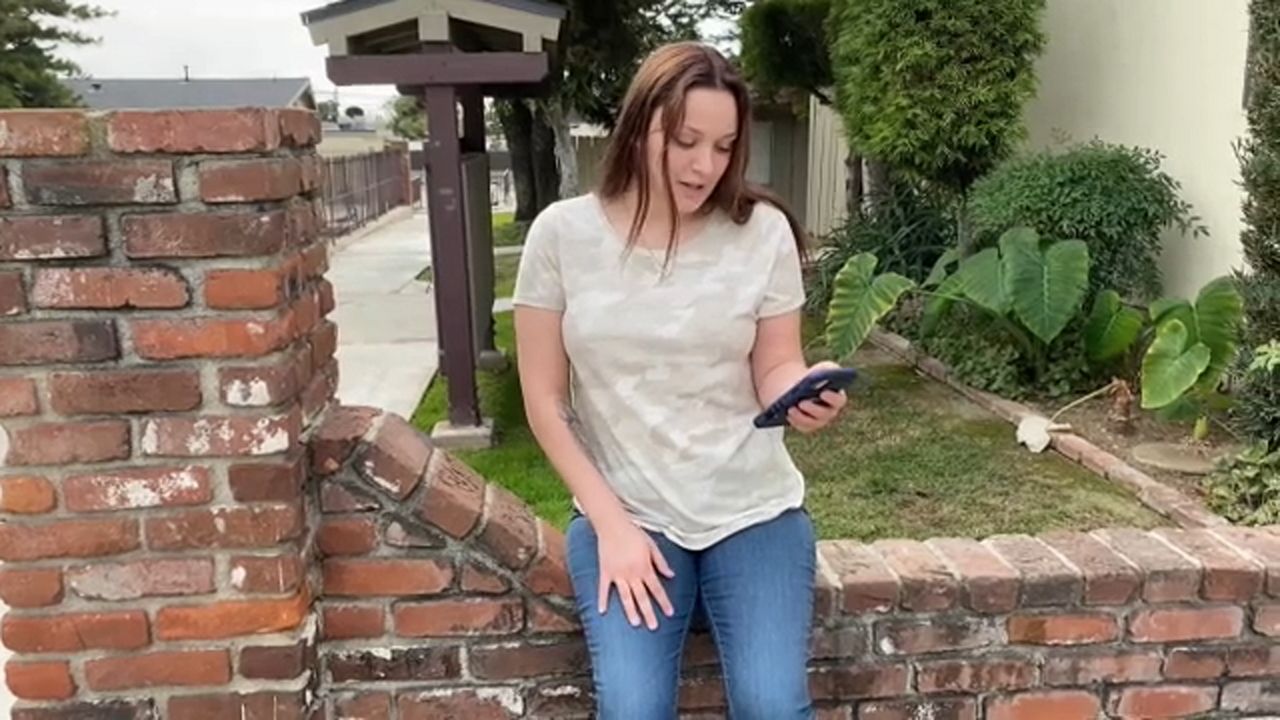 WHITTIER, Calif. — Helpline Youth Counseling offers a range of services to teens and young adults struggling with substance abuse, or at risk of addiction.

But counselors say there isn’t enough funding to effectively treat this age group.

It’s been 14 months since Mikayla Anthony’s last hit of methamphetamine. She was eight months pregnant at the time and thought it would help her find the energy to prepare her baby’s nursery.

"I did not have any energy, and that’s why I used, because I thought it would give me the energy to do so. But it didn’t. It put me in labor," said Anthony with a laugh.

Her nervous laugh covers a lot of pain. Anthony gave birth to her son Dezmond, and two weeks later, her social worker showed up at her door to take him away.

"After looking at him I was just like, 'He doesn’t deserve that,'" said Anthony. "And I felt like having him gave me a reason to stop because I had wanted to stop, but it was just hard for me. But having him it just made me really take that step."

It was Anthony's first step towards sobriety after several years of addiction. The 19-year-old first tried meth when she was just 14 out of mere curiosity from watching her brother do it. Using started as something she said she had under control — until it wasn’t.

“I pretty much did it everyday because it was like a habit, and I just didn’t want to feel like poop," she said.

The day after the state took her son, Anthony called Helpline Youth Counseling in Whittier and asked to enroll in outpatient services. She has been taking classes for more than a year now and said she doesn’t have the desire to take drugs anymore.

Jeff Farber, Helpline Youth Counseling’s executive director, explained how these are the results they work so hard for. He walks around the track outside their office as one of many ways they tailor their program to young adults — by meeting them where they are.

“It changes the course of the conversation and changes the approach from being 'I’m a counselor, I know everything' to, you know, 'Let’s talk about you as a person,'" said Farber.

Their strategy teaches youth life skills and decision-making based on common sense, instead of emotions and impulse. Art class is one of more than 50 other programs to help their clients see that there is so much more to life than living day-to-day.

As Farber noted, one problem is how the number of young adults who need help is escalating, and many don’t have coverage for substance abuse services under MediCal. The state is currently revisiting what criteria is weighed when determining the services insurance will cover, so counselors are using this opportunity to push for change.

“So that, instead of it being based on diagnostic criteria, there’s other criteria involved, such as the history of trauma," said Farber.


For Anthony, it was the resources and counseling that gave her the chance to finally get her son back, but only for two months.

“They took him from me Monday," she said, holding back tears.

Department of Children and Family Services said her last drug test showed meth in her system, but Mikayala swears it’s a false positive.

"I utilize all my resources," she said. "I had no reason to relapse. I had no desire to relapse, and it just sucks because I’m working so hard."

Experts say the relapse rate for substance use disorders is estimated to be between 40 and 60%, but addiction is still considered to be a highly treatable disease.

Mikayla added that she’s working hard to turn her life around, like many teens who just need another shot.