Three to four times a week, the 38-year-old immigration attorney from Los Alamitos would visit a gym at her local country club and perform high-intensity interval training or a kickboxing class kicking a heavy bag.

But when the pandemic hit and the state closed gyms and fitness centers, Bartsch has had to find other ways to stay fit and maintain a fitness routine.

So, four days out of the week, she goes into her garage and works out for an hour on an elliptical machine. Other days, she'd place a yoga mat on the floor in front of her smart television and watch a yoga or pilates routine on YouTube.

"Just trying to find any way I can stay fit," Bartsch said.

Bartsch is not alone. In the quest to stay fit and healthy and lose weight while gyms are closed, Bartsch and other recreational athletes have transformed parts of their home into small gyms. Many people are tuning into YouTube for fitness routines, and others are subscribing to mobile or web-based fitness services to get their adrenaline pumping.

The New Year season is traditionally one of the most popular times for going to the gyms as people set new fitness goals and others burn the fat from the holidays.

But with most indoor gyms throughout the state remaining closed due to state and local mandated orders to slow the spread of the coronavirus, the at-home fitness revolution that took off in the early months of the pandemic is expected to continue well into the new year and beyond.

"New habits are being born right now," said Charlie Hale, co-founder and chief product officer at Shred. Shred is a Los Angeles-based mobile fitness app that allows users to watch personalized workouts, training, or coaching videos at home or the gym. "People continue to work out even during these trying times." 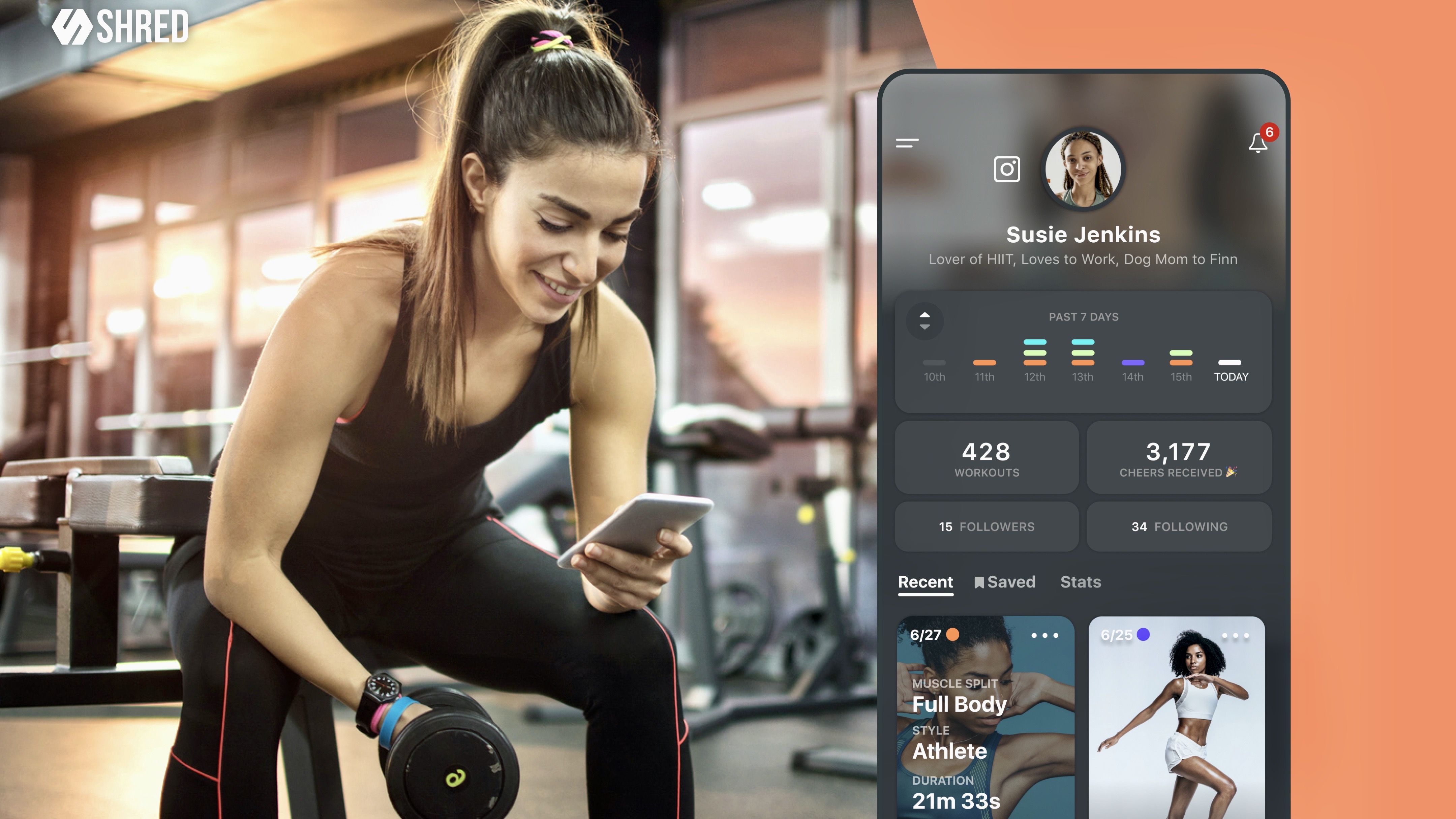 Before the pandemic, global sports fitness was a $94 billion industry. Studies show that millennials, those born between 1980 and 1999, were driving health club membership, and sports retail equipment continued its upward sales trend.

While gyms are closed, many of those gym-goers are finding areas in their home to workout. Sports retail—fitness equipment, shoes, and athleisure wear—have seen a tremendous sales uptick during the pandemic.

In the early months after the pandemic began, sales for fitness equipment rose by as much as triple digits in some categories year-over-year, according to a market research firm, NPD Group.

According to reports, eBay saw a 1,000% increase in at-home fitness equipment from March to April of 2020.

According to NPD Group, sports equipment continued to post double and triple-digit gains throughout the rest of last year in every segment of the market. From March to November 2020, compared to the same period the previous year, fitness equipment sales reached $2.7 billion, an increase of 110%.

In an email to Spectrum News 1, Powell said he believes this fitness trend will continue into the new year.

"The spike in the virus along with the desire to remain socially distant will keep interest in home fitness high," Powell said.

Fitness videos, especially on platforms such as YouTube, have become extremely popular as a place for workout routines or extra motivation.

Views of fitness videos on YouTube climbed in April before tapering down the rest of the year, according to Madeline Buxton, cultural and trends manager at YouTube. Buxton did not share the exact number of views these videos received. Some of YouTube's early reports found that "dance workout" videos had more than 180 million views from March to mid-May.

"January is typically the time fulfill the new resolution when it comes to fitness but because of the pandemic, we saw this all year long. It's been continuous," Buxton said. "We saw views of home workout videos spike in April, but they continued to remain their pre-pandemic averages for the rest of 2020."

Buxton added that YouTube saw a large number of new and existing influencers upload fitness videos. One of the most popular search terms was a workout with no weights.

Shred's co-founder Hale said Shred's subscriber base, which has more than a million members, increased since the pandemic began. Hale didn't disclose the exact number but said home workouts versus gym workouts completed on the app have doubled.

Shred allows users to upload their own live or recorded workout video and share it with friends or family. Friends can then see that recording and perform that same workout with them.

"We've introduced more social components to try and make people feel like they are closer with other people," Hale said.

The company, which recently raised $4 million to expand its offering during the pandemic, is currently beta testing a new offering called Classes to capitalize on the ongoing at-home fitness trend.

"One thing we've learned is that people were finding comfort in continuing to exercise, that it was sort of that one routine that they could hold on to pull them through this different, unique trying time," Hale said. Tee Phanphairoj, a fitness trainer, better known as Tee Phlex, was religiously at the gym five days a week. Phanphairoj said when the pandemic hit, and the gyms closed, he purchased $1,600 worth of sports equipment. The equipment ranging from a bench press, free weights, and a tractor tire sit under a white tarp on his home's driveway in North Hollywood.

"I was a private trainer at a local gym, and when that closed, I had to do something," Phanphairoj said. "It was either spend money on me or invest it. I put the money into sports equipment for me and [my training] business to keep myself sane."

These days, with his fitness equipment at home, Phanphairoj finds himself working out six days a week.

He believes that working out from home is not a short-term trend. The virus isn't going to go away, he said, and even with a vaccine rolling out, there will still be a lot of people hesitant from going to the gym in the future.

Still, he said it's important to work out and stay fit, especially when so many are working from home or sheltering in place because of the coronavirus.

"When people are sheltered, they are not outside getting their vitamin D from the sun," he said. "They are sedentary. They are indulging and eating bad, and that leads to depression and frustration. Worries then become stress, and stress causes inflammation in your system. The more inflammation you have in your body, the more your immune system is compromised."

He advises even if people don't have the money to buy weights or fitness equipment, have no room in their house or living area for such things, or still hesitant about venturing outside on the trails, they can do one of the most simple things at home.

"Walk around the block," he said.