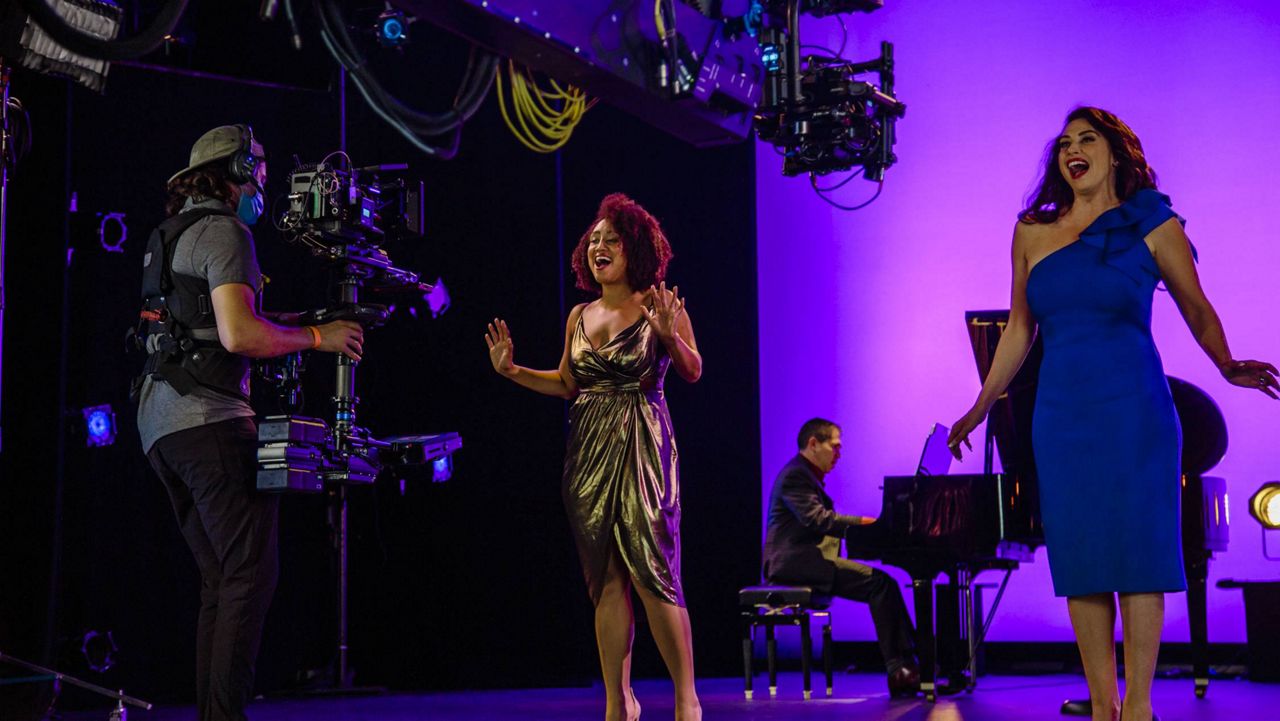 "You I Like: A Musical Celebration of Jerry Herman" begins streaming on PlayhouseLive on January 10, 2021 at 5 p.m.

She took in the most recent Broadway revival at least six times – mostly to catch the leading women.

Therefore, when Andy Einhorn, who conducted that revival, told her she would not only be singing the show’s iconic title song in a new musical revue but also coming down a staircase, "I lost it,” she said.

Prior to the pandemic, Margherita had been appearing in the off-Broadway musical Emojiland, but that production – like all theater – was shut down. By the time rehearsals began for You I Like: A Musical Celebration of Jerry Herman, it had been eight months since she’d stepped on a stage.

Standing on stage at the Pasadena Playhouse singing the lyrics “It’s so nice to be back home where I belong,” you can tell, she means it.

“Getting to be on a stage and perform, even though there was no audience, I can’t even tell you,” she said, remembering the moment. “I cried.”

The Olivier Award winner and Broadway star is back home in another way, too. A northern California native and UC Los Angeles graduate, she considers Los Angeles home. While she has never performed in a full production at the Pasadena Playhouse, she has always admired it.

“I think it’s one of the most stunning theaters in the area hands down,” Margherita said.

You I Like includes songs from Herman's best known shows like Hello, Dolly!, Mame, and La Cage aux Folles, as well as less familiar gems. It is the first major revue of the composer and lyricist's work since his death in December 2019. Earlier plans for tributes were overshadowed when the pandemic hit.

“We didn’t get the chance to mourn his passing or give him the proper letter he deserved,” Margherita explained. “And this is that.”

The show, which Einhorn created, was filmed at the Pasadena Playhouse for their digital platform, PlayhouseLive. It features five performers plus Einhorn himself singing and playing piano. Multiple cameras captured the performances while a COVID-19 safety coordinator oversaw the medley of precautions required for the cast to safely share the stage.

Everyone involved was COVID tested multiple times and during rehearsals singers had to adjust to a new routine.

“People I’d be singing duets with would be across the room,” Margherita laughed. “You have to wear a mask at all times, obviously but for a singer it’s really difficult because all your sound is muffled.”

With stages are still dark, this has been a difficult time for the actor and the theater community as a whole. She said it has also been a time of growth, creativity and introspection. While she feels the arts have been a little overlooked in all of this, Margherita is confident theater will return.

“I think stronger than ever,” she said. “You know, when something is taken away you really don’t ever take that for granted.”

Filming this production felt like the real thing, she said. She believes streaming audiences will feel that, too. It is not exactly live theater but it is a way to bridge the gap until the curtain rises again.

You I Like: A Musical Celebration of Jerry Herman begins streaming on PlayhouseLive on January 10, 2021 at 5 p.m. PST with a live-streamed "opening night" event.