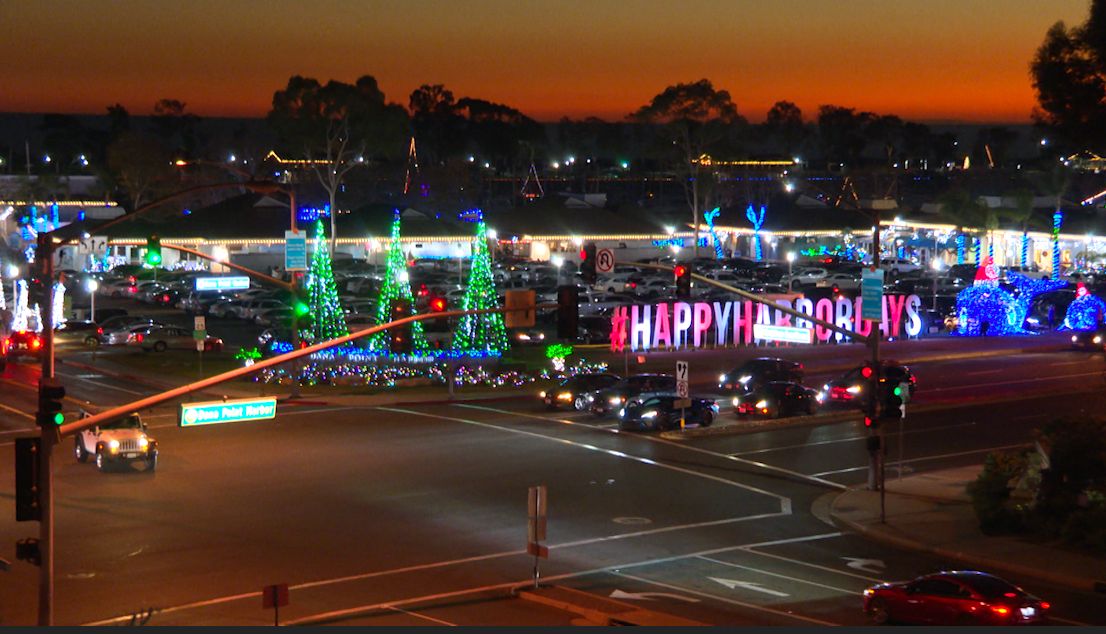 DANA POINT, Calif. — It’s easy to see why visitors come from far and wide to see the sea of lights at the Dana Point Harbor.

Jay Styles is the general manager and a partner at one of the harbor’s most beloved spots, the Wind & Sea. In a year that’s been tough on everyone, he says the lights have brightened spirits.

“It gives us a sense of normalcy and security, stabilization when everything was really slipping out from under us,” Styles said.

For harbor merchants, like many businesses around Southern California, business is down this year.

While the Wind & Sea has been able to adapt, Styles says it’s still been the toughest in his 35 years at the restaurant.

“It’s by far been the most challenging… no recession year, 9/11, nothing has been like this,” Styles said.

But as usual, nearly 700,000 lights went up in early November and with traditions like the Dana Point Boat Parade of Lights and Turkey Trot canceled because of concerns related to COVID, it was important to the Dana Point Harbor Partners – who do the decorating  –  to spread holiday cheer to the community and visitors, at a safe distance.

And for Styles and his fellow businesses, even in a pandemic, the holiday glimmer helps shine some light in that darkness.

“It’s taken what used to be one of the slowest months of the year to, for almost everybody, the busiest month of the year,” Styles said.

As a Dana Point resident himself, Styles enjoys coming down here as much as the visitors do.

Whether you're looking to hang 10 with surfing Santa, cozy up under the "Merry Kiss Me" arch, or take a trip down candy cane lane, there’s no shortage of spots to create that perfect post for 'the ‘Gram.'

“When we were told the lights were going up back in, I think September, everyone was so excited not because of the business, but because of the morale of everybody to get out and do something fun,” Styles said.

The harbor will begin construction on its revitalization in 2021 and as 2020 comes to a close, the lights keep shining, bringing hope for a new year and a new chapter.

“I think it’s been a tremendous boost to just the general spirit of the community as well as business,” Styles said.

To download the map of Holiday Lights visit: danapointharbor.com/holidays-at-the-harbor