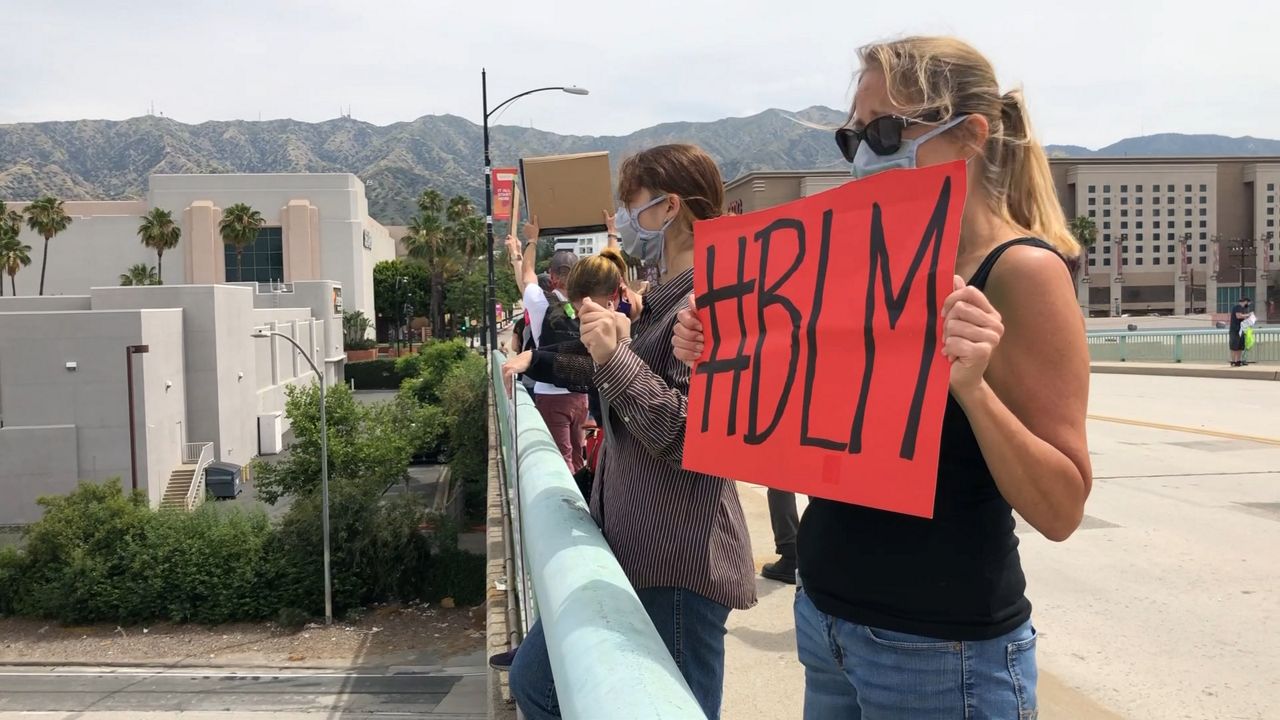 Families Engage in Activism to Teach Children About Racism

BURBANK, Calif. – The sound of chalk may not be as loud as the chanting of a crowd, but Brittany McNamara hopes her message is still heard loud and clear by anyone passing by her Burbank home, but most importantly, by her son, Finn.

“We had a talk before we came out here about how it’s important to stand up for people," she said.

Finn is only four years old. He doesn’t know the details of what’s happening and at his age, McNamara says he doesn’t have to.

“But this message needs to stick," she explained. "We cannot be silent when people are mistreated.”

Which is why she grabbed a bucket of chalk and took part in Wee Chalk the Walk, a national family day of action for Black lives organized by Wee the People. Jessica Stamen’s family participated too.

As the co-founder of Momtivist, Stamen says it’s never too early to talk to your children about racism.

Stamen sees this as a teachable moment, a chance to engage children in an important issue in an age appropriate way. They even staged a private protest to avoid crowds in the middle of a pandemic. It may seem small, but she feels it can make a big difference.

“Actions like this really help us educate and empower our kids," Stamen said. "And that’s how we make change in this country.”

But not everyone in Burbank kept their activism isolated to their front lawn.  A small crowd did gather on the Magnolia overpass -- a silent demonstration except for the honking of passing cars.

Michelle Trujillo McKibben brought her children with her. She saw it as an opportunity to lead by example.

“Even if they don’t understand 100% of what’s happening, what we’re doing by standing on a bridge and holding up signs, I hope that in 15 years, in 20 years it all makes sense and that they continue the activism," she said. "If we’re not doing this, then we’re not doing anything.”

And for these moms, not doing anything is not an option.

“If we’re silent, we’re part of the problem," McNamara said. "So we have to show our kids that this is not OK.”

Maybe it’s just chalk that will get washed away in the next rainfall, but they hope it will leave a lasting mark on their children and their community.