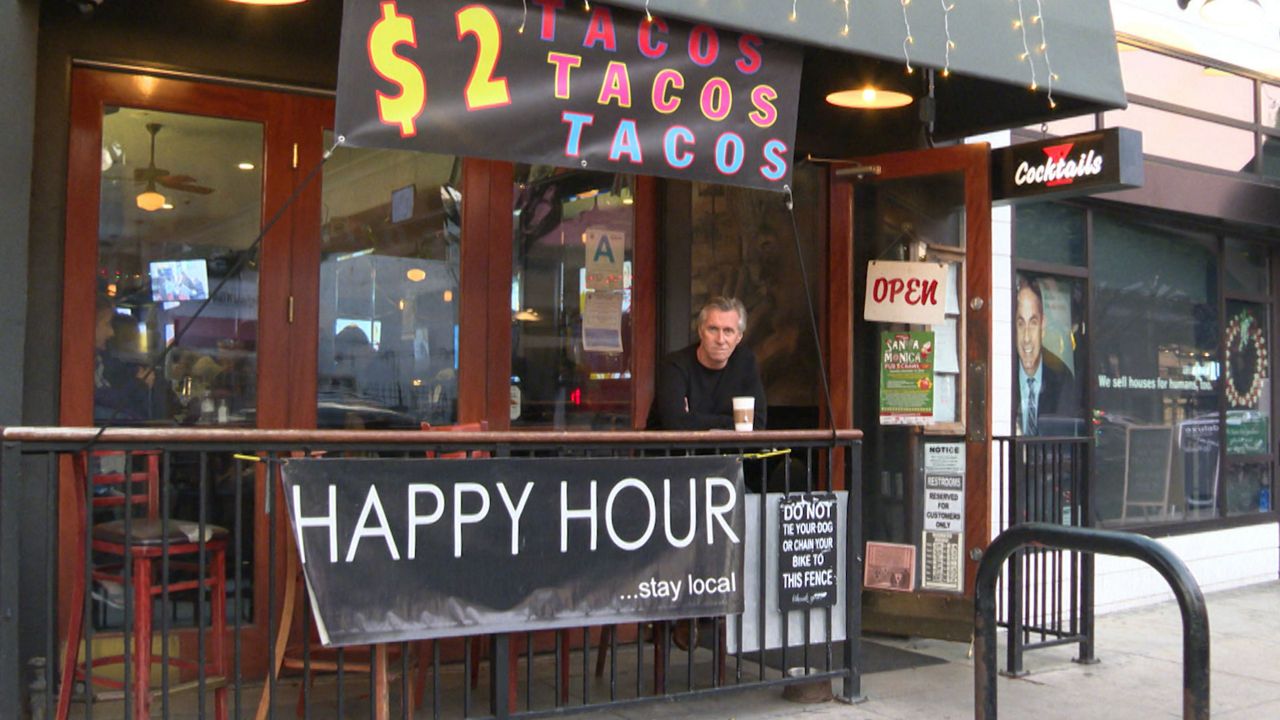 SANTA MONICA, Calif. – For bar and restaurant owners, making ends meet in Santa Monica is less of a party than it used to be. With rising wages, decreasing foot traffic, and the highest sales tax in the state, restaurant managers like Kelley Potter say it’s harder and harder to make it all pencil out.

It won’t get any easier. This summer, the minimum wage in Santa Monica and Los Angeles will hit $15 an hour.

“There’s a dollar sign over people’s heads now,” Potter said as she mixed a cocktail at Rick’s Tavern on Main. “It’s like: how much are you costing us to be here?”

Across the street, a “for lease” sign hangs outside shuttered restaurant Cowabunga Republic. It’s one of a dozen restaurants that have closed in recent years.

“The common thread seemed to be the minimum wage, the high cost, the high rents, the taxes. The sales taxes here are very high,” said Howard Alpert, who owns both Rick’s and Circle Bar on the street.

Empty storefronts don’t attract visitors, and Alpert says foot traffic is down, bringing down his weekend sales 30 percent this year.

“We’ll make it through until things come back,” Alpert said.

The head of the local business improvement district, Hunter Hall, admits times can be tough for restaurants.

“It’s a different normal,” Hall said, but said the reality is more complicated than minimum wage. He says the erosion of traditional brick-and-mortar retail and food deliver apps are a bigger threat to mom-and-pop businesses. Hall helped the city draft its minimum wage ordinance.

“The city of Santa Monica gets a bum rap for being a difficult city to do business in but that’s also not really the case, entirely. There’s some kernels of truth to certain things you hear but that’s kind of like the boogie man, it’s too simple to blame the city,” Hall said.

“I think our minimum wage, comparable to the rest of the region, is less of a factor than some claim,” McKeown wrote in an email to Spectrum News 1, “The Fight for Fifteen movement clarified that fair pay for our lowest-wage workers is a social, ethical and moral imperative. On a practical level, it has been recognized as far back as Henry Ford that higher wages for workers increases local buying power.”