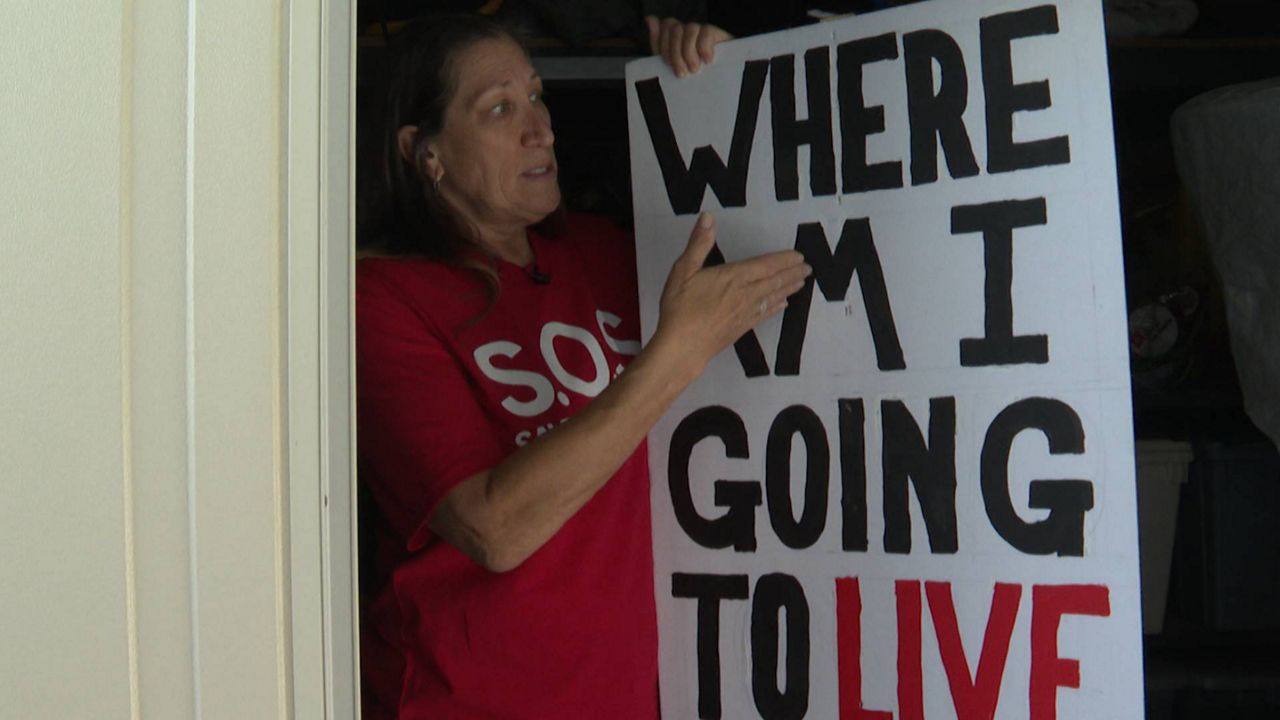 HUNTINGTON BEACH, Calif. — Creating a plan to get a rent control ordinance passed within the city of Huntington Beach isn’t what Carol Rohr had in mind for her golden years.

"It’s a rude awakening to myself and every single person that’s living in here. Everybody is living in fear right now," said Rohr, a retired resident living in Huntington Beach.


Rohr bought a mobile home in the Skandia Mobile Country Club nearly three years ago. The longtime owners of this 55-and-older mobile home community recently sold the property to a different company.

Rohr explained that it wasn’t soon after that rents for new homeowners were up by $750, and existing residents like her were told to expect a notice detailing a $75 increase each year for the next three years. She said it’s unclear what’s going to happen after the three years and, so far, hasn’t received any written notice of this information. She was told a written notice could come in November.

With most of the residents living on fixed incomes, Rohr and her neighbors are mobilizing by creating a homeowner association, T-shirts to wear before Huntington Beach’s City council and picket signs for seniors to hold.

The rent control ordinance prohibits landlords from hiking rent on tenants by more than 3% per year, and those renters get stronger protections against getting evicted from their unit. Both ordinances are scheduled to take effect on Nov. 19. Even though both ordinances received the majority vote from the council, Phan noted that industry groups and opposers are gathering signatures to appeal the decision. She has received reports of paid signature gatherers approaching Santa Ana residents asking them to sign a petition.

While Santa Ana prepares for the ordinances to take effect in November, Carol Rohr explained that she and her neighbors are hoping for their city to hear their cries for help.

“I hope we can get it passed in Huntington Beach. It’s all I can try to do,” she said.

After working for decades and saving up for this mobile home, Rohr is prepared to fight for rent control, which she believes will help her keep what’s hers.

CORRECTION: A previous version of this article incorrectly stated that Councilmember Thai Viet Phan studied public policy at UCLA. The article has been updated. (Oct. 25, 2021)