MIDWAY CITY, Calif. — A new modular wood-constructed affordable housing project currently under construction in Orange County could be a game-changer.

As the homeless situation worsens across the Southern California region, there is a need to build safer, affordable housing units faster.

Modular wood construction could be the solution, said Milo Peinemann, the CEO of American Family Housing, an affordable housing developer based in Midway City.

"There is an urgent need to build more housing in general," said Peinemann to Spectrum News. "If things are built faster, then we're going to see a lot more (projects) happening, and we'll be getting more housing built." 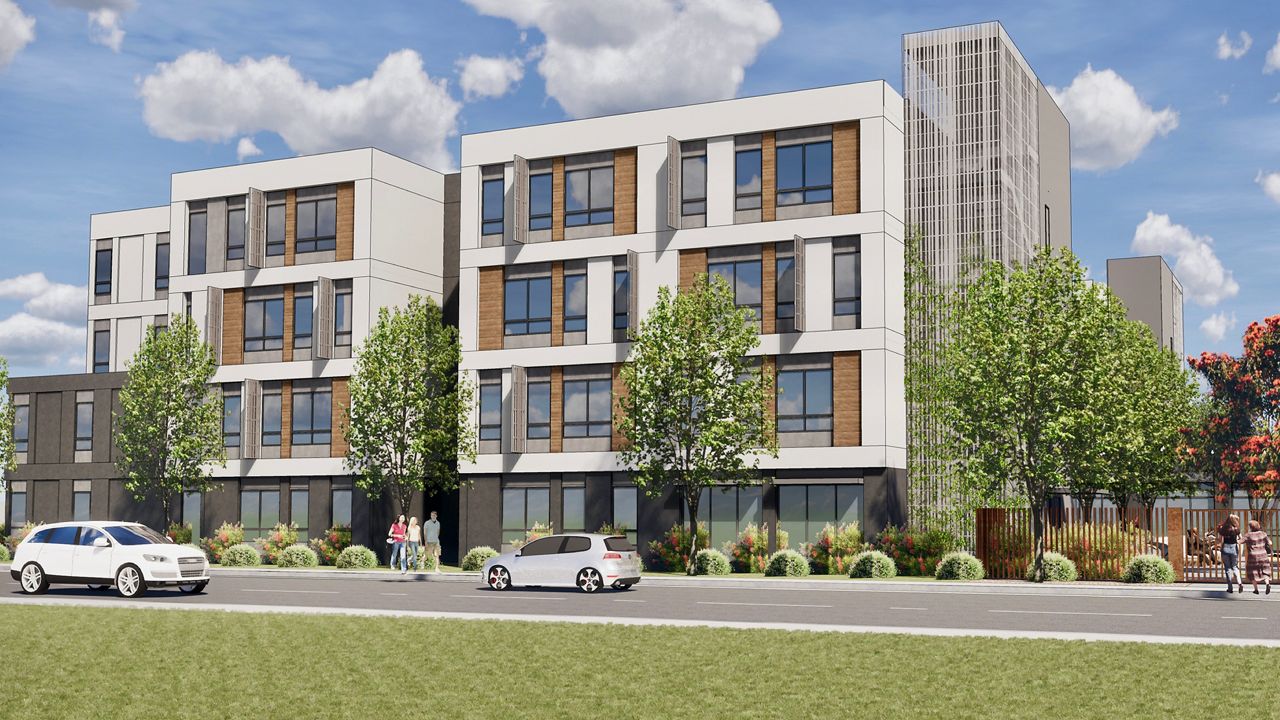 The $41 million Casa Paloma project at 15161 Van Buren St. in Midway City will feature 71 apartment units ranging from 600 to 900 square feet. The 71 units will be for 48 chronically homeless residents and 21 affordable housing units for residents who earn less than 50% of the area median income. There will be two units for the on-site property managers.

The project comes as Orange County officials address the homelessness issue by helping finance to build 2,700 new permanent supportive housing units for the homeless. Orange County has an estimated 5,000 to 7,000 homeless population.

Once complete sometime next year, the four-story building and community will feature on-site health services from CalOptima, a courtyard, community recreational rooms and more.

"This development is a catalytic vision for how new infrastructure investments in supportive and affordable housing will allow us to bridge one of the great inequities of our time, access to healthcare," said Peinemann. "We cannot end homelessness if we do not find a way to create new linkages to healthcare through housing."

Unlike traditional stick-built construction, where construction workers build the project with materials from the ground up, modular wood units are being constructed off-site inside a factory. Recycled steel shipping containers are also popular building materials, but there are limitations.

The modular wood units are fully customizable and come with all the bells and whistles, said Keith Labus, a principal at KTGY.

"Basically, these units come complete with all of the interior finishes — flooring, paint, cabinetry, plumbing fixtures, appliances — almost everything," said Labus to Spectrum during a tour of Casa Paloma. "Once they are installed on site and connected structurally, and utilities are connected, there are just some flooring and drywall patches to do, but that's it."

Peinemann said using modular wood construction allows them to control costs and get affordable housing units to the market faster. The modular wood units are transported from a factory in Idaho.

Usually, it could take several years to have a stick-built construction project built. With modular wood construction, it saves anywhere from 30% to 50% of the time, said Labus. 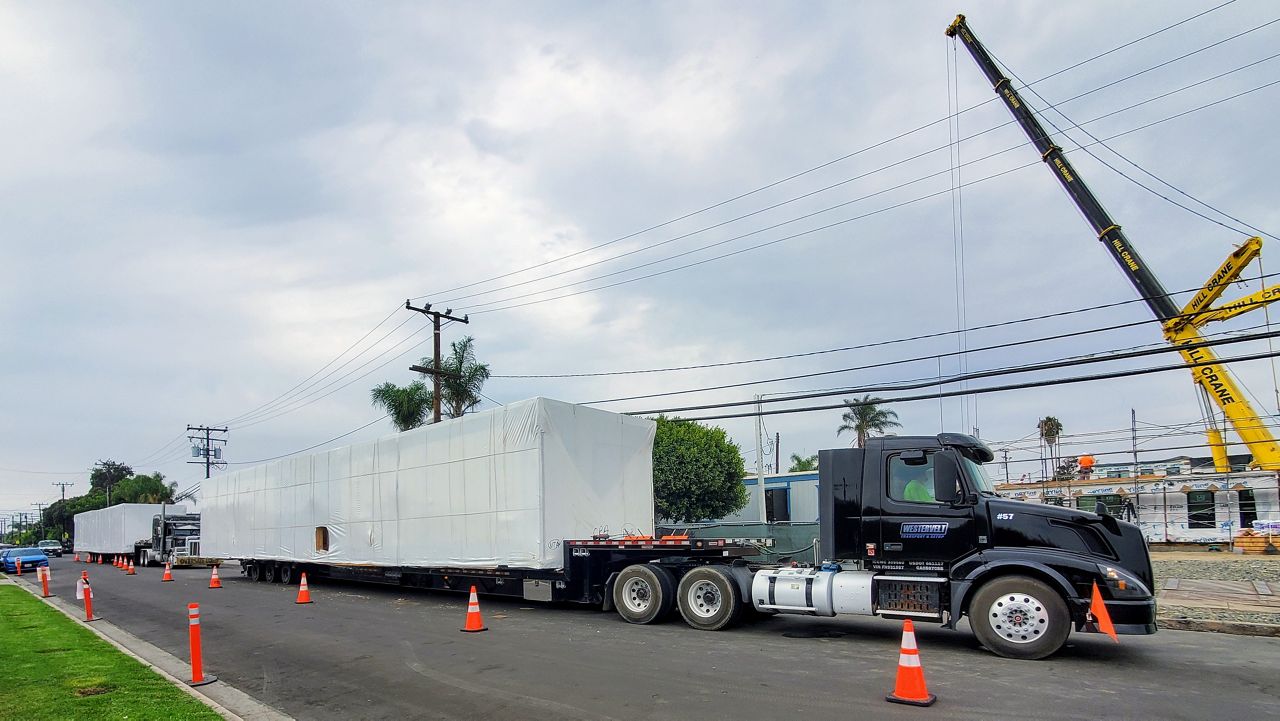 Shipping containers already have a set height and width, so designers must work within the steel structure's dimensions and parameters. Modular wooden units can be customizable.

"We need a certain amount of housing built in Orange County to address homelessness and potentially end it structurally," he said. "We see this as a template for tomorrow."