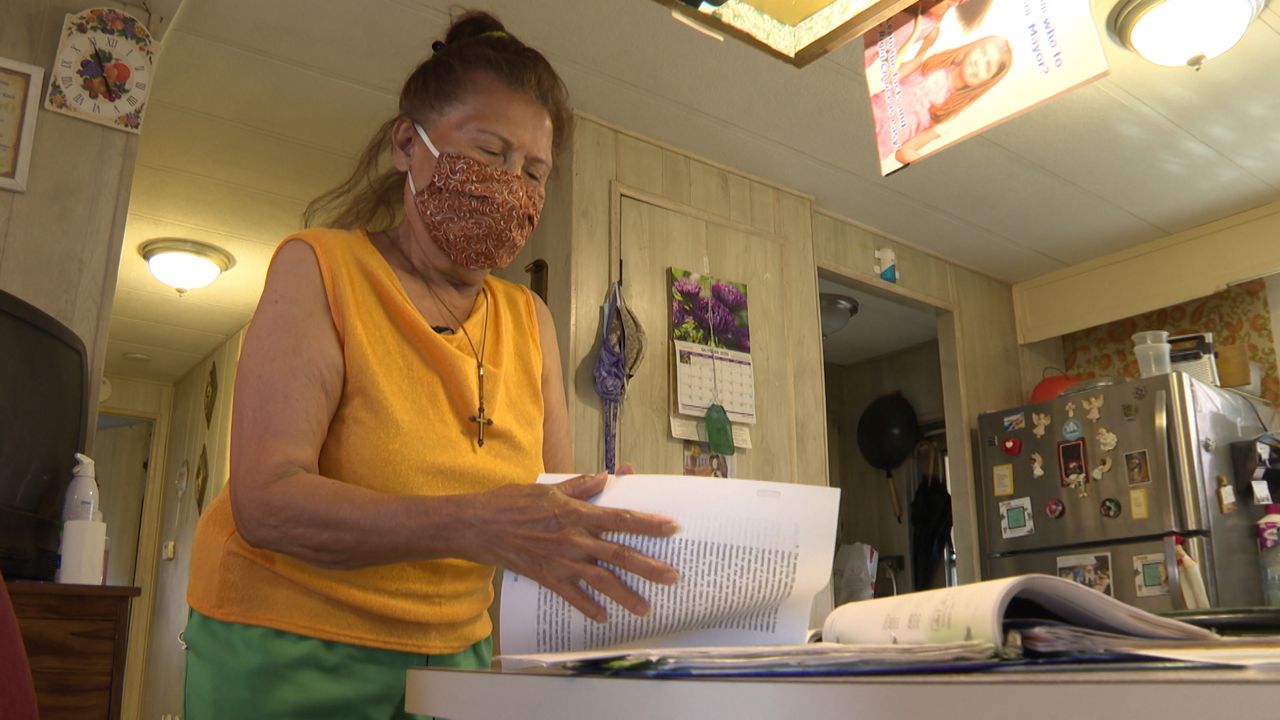 Like many residents at the park, she’s found friends, community, and, over the years, an affordable way to homeownership. But last year, Willis saw her community in a new light, as she learned her mobile home park had been sold with future plans for a mixed-use development.


"They just sent us this letter, and when I read it, oh my God," she said. "I cried, and my heart really...I’m glad I did not collapse because it hurt so bad."

More than 400 seniors at the Imperial Avalon Mobile Estates, like Willis, are now worried about how they'll be able to afford and find a new place to live by the park’s closure deadline of January 2022.

"What they are really buying is the land," said Willis. "But they forgot that in that land, there is life in there. There are people."

Willis and other mobile home owners in the park have been rallying in the city of Carson with hopes of receiving a fair market value that would allow them to afford a new place to call home. The new park owner, Faring Capital, in negotiations with the city of Carson, offered to relocate eligible residents' mobile homes to a nearby mobile home park, pay a lump sum payment of the purchase price or appraisal value of the mobile home, or have residents relocate to another site for two years with the intention of providing senior housing on the site once the mixed-use development is built.

Faring Capital did not respond to our requests for comment.

Mayor Albert Robles voted against the park closure. He shared that the decision was heartbreaking, but the benefits are more than what others have received in the past.

The city’s decision to close the park came less than two months before a state bill, AB 2782, aimed at adding protections for mobile home residents passed. Julie Lopez, a partner at Tatro & Lopez and the representative for the mobile home park’s Home Owner Association, shared that if the bill would have been in effect when the decision to close the park was made, the majority of residents would have received more than the less-than-$75,000 on average that park residents are being offered.


“If the bill had been passed and become active prior to the city council’s vote to allow the park closure, the city council would have been mandated to require the park owner to pay in-place fair market value,” said Lopez.

An amount that could have helped residents like Willis relocate. With the amount she was offered, Willis said it wouldn’t be enough to put a down payment on another mobile home.

Until the deadline, she will count down the days she has in her home, fighting for her fair share, in hopes of affording somewhere she can call home, when this park closes.

On October 28, the city meets with residents and the public for a workshop at the Dignity Health Sports Park to go over the decision and possible solutions.