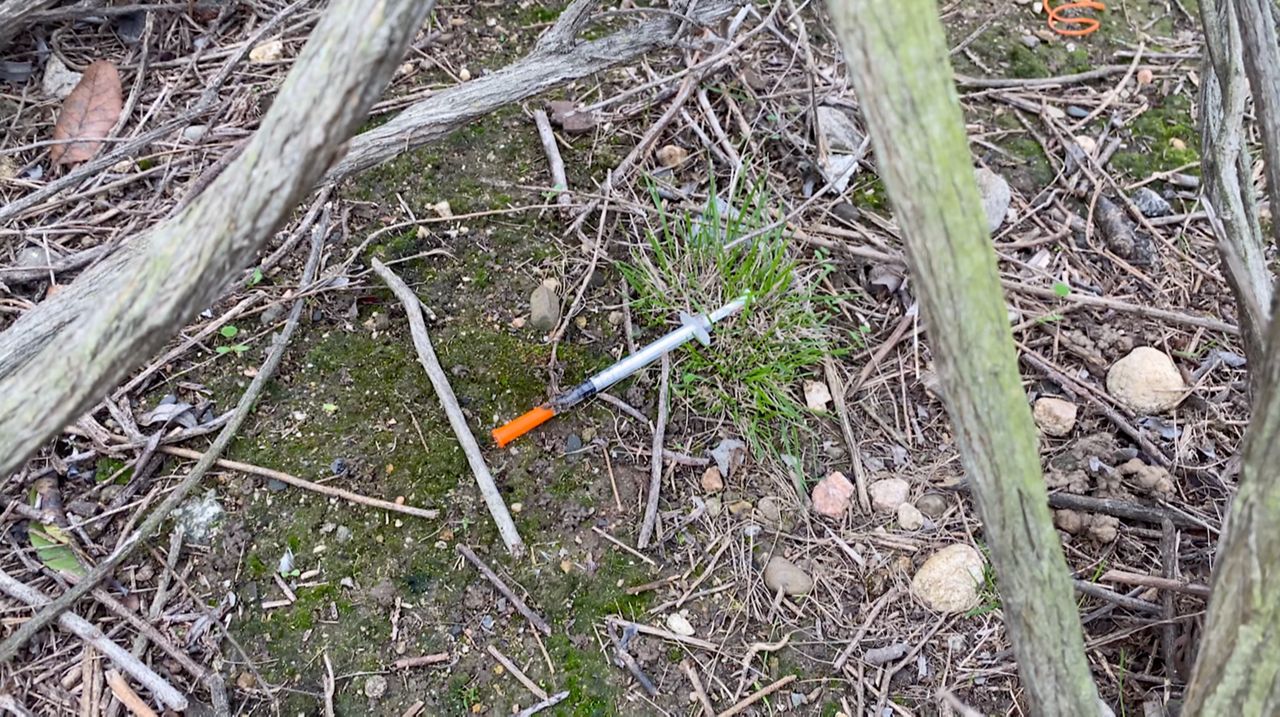 "We are going to the wetlands. It is a few blocks ahead of us," Han said.


The goal was to witness the impact a growing RV encampment along Jefferson Boulevard is having on the ecological reserve.

Their guide was Jim Burton, CEO of Ecokai Environmental Inc., who comes out to the 26-acre marsh multiple times a week. He has been collecting scientific data on the wetlands for the last 10 years, and he said the marsh is quickly changing.

"[It's a] very difficult situation. Nothing against the individuals that are over there, but the destruction on the wetlands is permanent," Burton said.

For starters, some RV residents destroy vegetation along the road to make room for their belongings.

However, that is not all. Fences have been torn down, and now humans have carved trails into the marsh to use it as a bathroom, leaving human waste and other types of trash behind.

"This is a lot of what you see, a hypodermic needle," Burton said, pointing to a discarded needle on the marsh.

The trash is also bringing new rodents and predators to the area.

"What's unfortunate here is that now there is a rat problem, there never used to be rats out here," he said.

We spoke to David Boseman, a homeless person in the area, who said portable bathrooms or outhouses would help. The RVs are parked in Councilman Mike Bonin's district. Spectrum News reached out to his office for comment but did not hear back.

Burton said human activity needs to stop entirely as years of ecological work are being reversed.

"It's being destroyed, and it will bring me to tears because we have put so much effort into this," Burton said.

For Han and Huston, the experience was eye-opening.

"[I'm] upset with our government that they've let this go, and you know this is one of our last few ecological reserves," Han said.