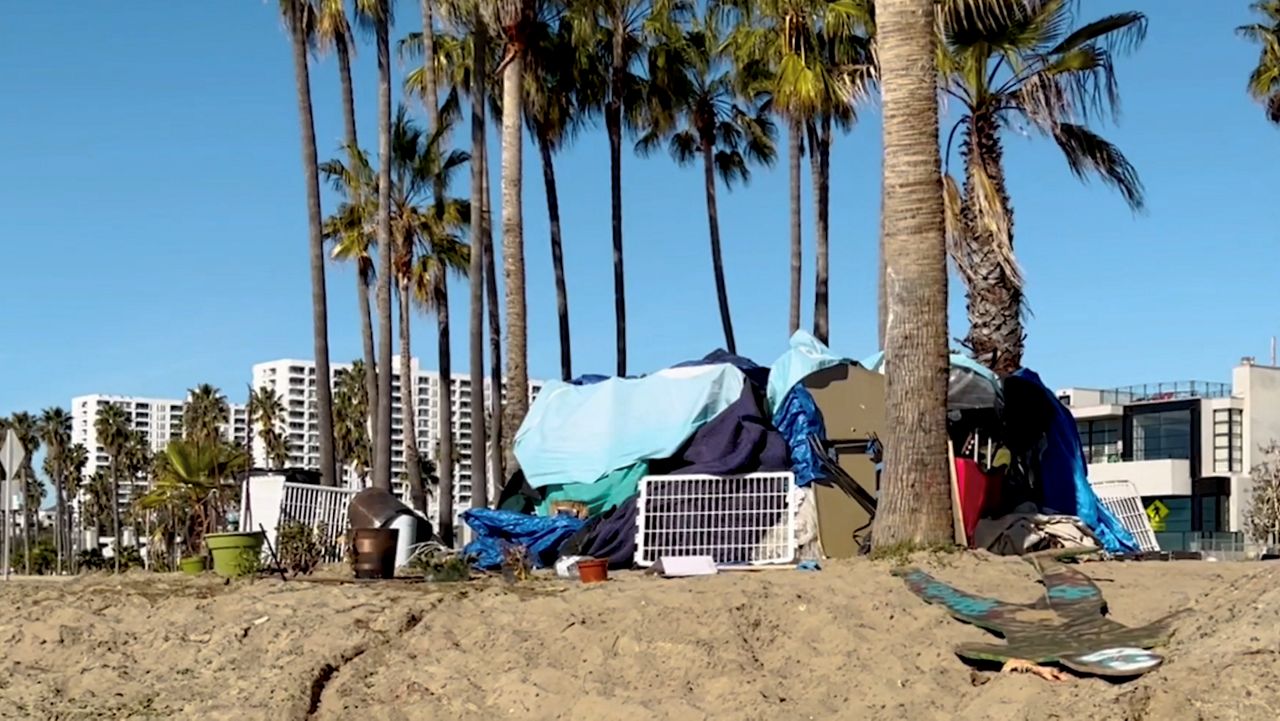 Tents are back at Venice Boardwalk

LOS ANGELES — For years, Traci Park dreamed of one day living in her family's beloved hometown.


"My grandparents moved to Venice in the 1960s and my mom graduated from Venice High School in 1972," Park said.

Park's wish came true in 2015 when she moved into what she thought was the ideal house, right in the heart of Venice.

"I was so excited to finally arrive here," she said. "The restaurants, the beach, the culture, the lifestyle, it was exactly what I had been dreaming of."

But these days, she said, her dream neighborhood is looking more like a war zone. Not only has the city converted a hotel across the street into a homeless shelter, but encampments that were cleared just a few months ago are also repopulating despite major investment in fighting the problem.

"I don't feel safe going out after dark by myself anymore," she said.

Over the summer, through an initiative by Councilman Mike Bonin, hundreds of people were moved from the boardwalk to supportive housing, but in the last few months, many of them have returned.

It is why Park said she quit her job as a lawyer to run against Bonin in the upcoming election.

"The city spent $5 million to clear this area and there has been little or no enforcement designed to prevent this problem from recurring again," she said.

Along with that, enforcement Park said what's needed is more community input.

Bonin, who is facing a recall, said the program brought more than 200 people indoors, and of them, 60 have been permanently housed.

He told Spectrum News in a statement: "Housing is a real solution to homelessness. Enforcement is a failed expensive strategy that makes the problem worse."

There have been no official counts of the homeless population since the pandemic began. LA County's 2022 homeless count was postponed Friday and will now take place Feb. 22-24.

But a neighborhood group called Friends of the Venice Boardwalk has been conducting its weekly count throughout the pandemic.

The group told Spectrum News its last count shows at least 60 people living on the boardwalk. However, that is not the only place that is seeing an uptick in tents.

A new encampment in Venice's Centennial Park sprung up in the last few months. It has about 25 tents, one of them belonging to Mark Perone.

Perone has been staying there after losing his job as a cook due to the pandemic. For the most part, Perone said, they have been left alone.

"Now we're cleaning it, seems like every few days they want us to pack it up, leave the park until four and they never say don't come back," he said, referring to the sanitation workers who have been regularity sweeping the encampment.