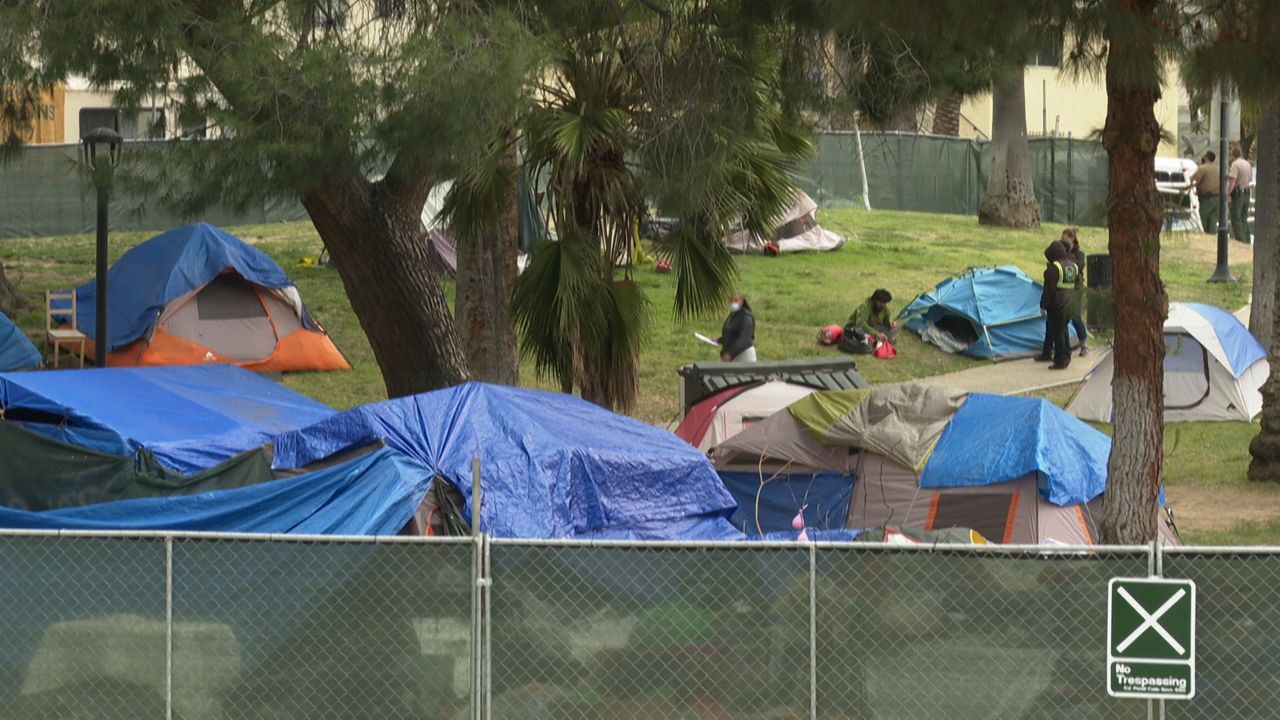 Residents React to Sweep of Unhoused in Echo Park

ECHO PARK, Los Angeles — After an unlawful assembly was declared Wednesday night, crowds gathered looking on to a fenced-off scene with a Thursday night notice looming for those unhoused individuals living in Echo Park to vacate it.

Edgar Sanchez is a lifelong Echo Park resident and rides his bike at the park four to five times a week. He said the move to sweep the park out and repair it is necessary.

“It’s pretty crazy because I’ve been living here since I was young. This park used to look beautiful before, and now it’s the second time or third time they’ve done this now where they have to wipe everybody out and then and rebuild it and make it look good again,” Sanchez said.

While there’s been plenty of debate from both sides of the fence, residents like John Smith, who’s lived near the park for six years, said a solution isn’t so simple.

He no longer walks here because he said it doesn’t feel safe but understands the difficulties for those people experiencing homelessness.

“I have mixed feelings. I have compassion for homeless, for homelessness here in Los Angeles, and other places. I also have compassion and empathy for that mom who just wants to bring her daughter or son to the park and sit down on the grass and picnic and can’t out of fear,” Smith said.

District 13 Councilmember Mitch O’Farrell was on scene Thursday and said over 150 people have been successfully moved into temporary housing with others in transit. Those hotel rooms through Project Roomkey have access to food, medical care, and caseworker services.

The park could be closed two to four weeks for the estimated $500,000 in renovations and repairs. And with the clock ticking towards Thursday night, O’Farrell said he’s confident outreach workers are helping to move those remaining and expects things to go smoothly.

“I think it’s having a positive effect, and I’m very optimistic that people will be very reasonable and we’ll have a positive outcome there,” O’Farrell said.

For Edgar, who’s seen so much turmoil over the situation, he hopes for one thing come Thursday night, “Peace. Everybody communicate and solve this in a nice manner," Sanchez said. "Not to go into violence like last night and people to be happy."