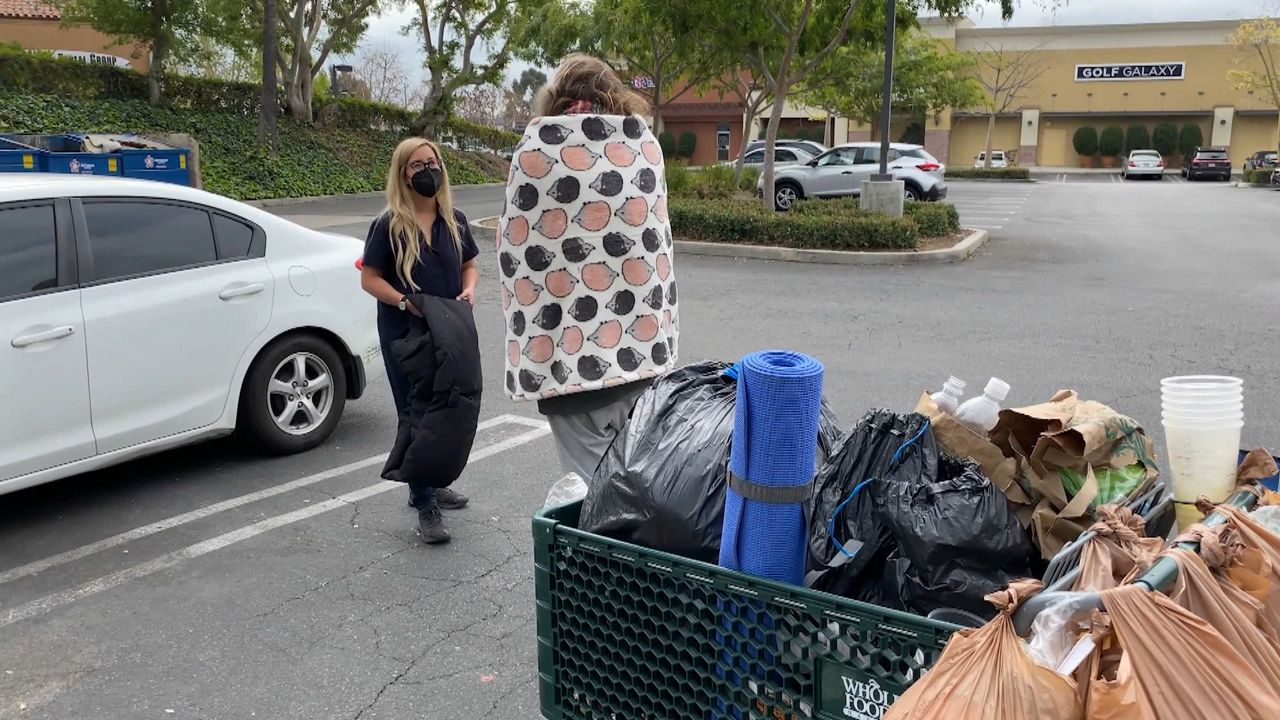 PASADENA, Calif. — Pasadena resident Christine Hodinh has been concerned with the changes she is seeing in her neighborhood.


“It wasn’t until the pandemic that the problem with homelessness in Los Angeles, which was already bad, became really out of control. You just see people on the street constantly. That was a real wake up call for me,” she said.

She wondered how Los Angeles’ 60,000 homeless withstood the cold at night, and on a Sunday in March she has decided she will wonder no more.

“We are on our way to find people who look like they might not have a place to stay for the night. We have a bunch of coats that are filling up the car, that turn into sleeping bags. Hopefully, it goes to help people who are sleeping on the street and it gives them warmth and protection because it’s been getting cold at night,” said Hodinh.

The coats, made in Detroit, are built for freezing temperatures and are made by homeless parents who are provided with job training. Hodinh bought about 20 coats for $120 a piece with Go Fund Me donations she received from friends and family.

“The power of multiple sources combined can help so much more than one person. I feel like a conduit for a lot of people’s generosity,” she said.

Driving around she ran into 69-year old Ed Kilson, who has been homeless for 18 years. Clutching a blanket, he told her the nights are miserable, especially when it is wet or windy out. He choked up talking about the friends he has lost to hypothermia.

“The worst one is that every once in a while, you bury a friend,” said Kilson.

Since 2016, 28 unhoused people have died of hypothermia in Los Angeles, according to the Medical Examiner’s Office and an analysis by LATACO.

Kilson refused the sleeping-bag coat, saying other homeless people will need it more. Then, committed to not burying another friend, he donated to Hodinh’s fundraiser.

On a 210 overpass, someone needed it more, 62-year-old Brenda Anderson.

“You have a coat, I am so freaking grateful! For three nights it was so cold I yelled all night,” said Anderson, who has been homeless for five years, and was recently robbed of her warmest possessions.

Anderson said she had spent previous nights yelling in agony and no one, not fellow homeless people, cops, or people that walked by helped her out.

“They were all out here while I was screaming cold, don’t give me a shirt or nothing, and not even the police. They do not give me a blanket. Nothing,” in-between sobs she said. “Out here, I’m going to die. That’s a shame.”

A shame that in one of the country’s warmest cities, so many unhoused are dying from exposure.

“It’s kind of draining to see all these sad stories stacked up. We are just trying to hopefully have some type of positive impact,” said Hodinh.