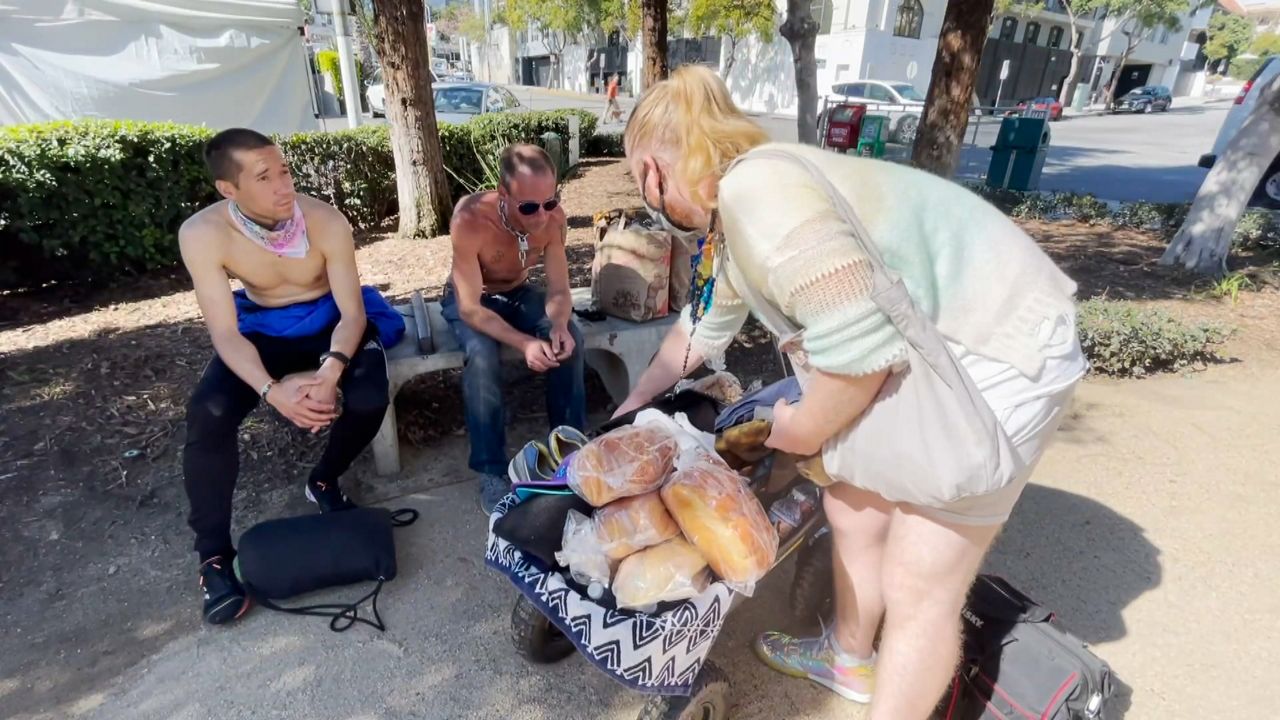 Urie Malak of WeHo delivers everything from baked goods to shoes to the homeless every morning.

Meet the Street Angel of WeHo: Delivering a Slice of Hope to the Homeless

WEST HOLLYWOOD, Calif. — Every morning, Urie Malak grabs his wagon and heads out to the Viktor Benes Bakery in West Hollywood. Not for a croissant or a fresh cup of coffee, but for a bag of day-old bread.

It’s part of what he calls his “Bread Basket on Wheels,” a one-person delivery service for those most in need.

After carefully placing the bread in his cart, Malak heads to his first stop: Sal Guarriello Veterans' Memorial on Santa Monica Blvd.

“That’s generally where we’re going to find a lot of hungry mouths,” he said. There’s a fountain there, that’s where a lot of laundry gets done, a little bit of bathing.”

It all started a few months ago, when Malak, an artist and furniture designer found himself with little work and too much time on his hands. Helping the needy was a way to keep busy.

Soon word got out and Malak became known as the “Street Angel of West Hollywood.”

For those he serves, his bread and baked goods are often their only meal of the day.

After struggling with drug addiction, Brian McElroy, a chef from East Los Angeles, has been homeless for two years. He met Malak two weeks ago soon after arriving in West Hollywood.

“I was starving and he came up with all his food and I was like, 'Oh my God, you came right at the perfect time,'” said McElroy.

The demand seems endless. Malak’s cart is a moving mini-mart filled with everything from clothes to water to books. But perhaps the most important thing he can do is simply lend an ear.

“A lot of our unhoused community feels invisible so when they have the opportunity for someone to listen it just acknowledges their humanity,” Malak said.

Malak approaches everyone with care and compassion. He knows exactly what to say and when to say it.

He knows because 10 years ago he was in their shoes: homeless and struggling with addiction.

“I was living rough,” he said. “I was toothless. I would do anything for a drink.”

He does it all free of charge. The items are either donated or bought with contributions from friends or strangers. His Basket of Bread, keeps him from falling off the wagon by pulling one.

“I understand the unhoused community very well,” he said. “I do not want that to become my story again.”