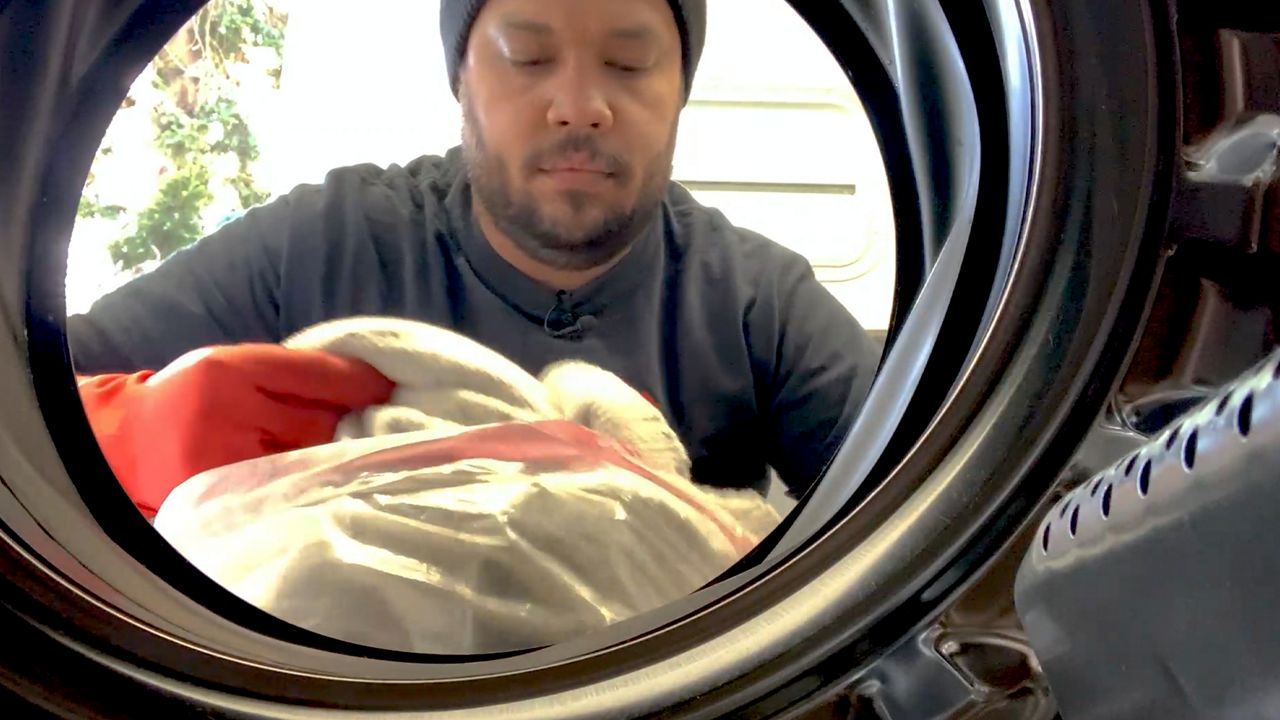 Clean Start: Laundry Truck LA Does Laundry for the Homeless

LOS ANGELES — Sometimes life can take an unexpected turn that leads you to right where you need to be. Eight months ago, Andre Ribeiro was an aspiring musician with dreams of becoming a rock star. But then the pandemic hit and his gigs dried up overnight.

He was having a hard time making ends meet when he got a job running the Laundry Truck LA, a free laundromat on wheels that cruises the city seven days a week, washing, drying, and folding laundry for the homeless.

At first, it was just a paycheck. But then it became so much more.

"It's very rewarding," he said. "It brings the beautiful smile that they have back again."

On a chilly Thursday in mid-November, Ribeiro was setting up camp in L.A.'s MacArthur Park.

“We have to be careful here because our surroundings can be challenging sometimes," he said.

That’s putting it mildly. Hundreds of people live in the park — with more arriving every day. The lucky ones have tents.

Ribeiro parks his trailer here about once a week for an eight-hour shift. Almost as soon as he puts out his sign that reads, “Free Laundry,” people start to line up.

Many of them give him the shirts off their backs. Laundry Truck LA has been operating for almost two years. But thanks to a recent donation from SoCalGas, the organization was able to buy a second trailer, just as the demand began to spike due to Covid-19. With the new trailer, TLTLA is expecting to complete over 10,000 loads of laundry by the end of 2020, doubling their capacity.

More than 66,000 people currently live on the streets of Los Angeles County, a number that’s on the rise despite major investment in fighting the problem. Angelica Naccarati, the program’s director told Spectrum News 1, the truck is more than just about delivering clean clothes.

“It’s about having dignity,” she said. “It’s about being able to go to a restaurant or go to a grocery store and people are not staring at you and looking at you the wrong way just because you have dirty clothes."

Ribeiro does anywhere from 20 to 50 loads a day, treating every person as though they were a paying customer.

“People just need an opportunity to be heard,” he said. His favorite client is Jean Marie-Loulendo, an immigrant from Congo, who until recently, was working as a security guard in a building. When the pandemic began, he lost his job, then his apartment. Soon, he found himself living on a bench in MacArthur Park.

He still hasn’t found the courage to tell his family back home he’s been homeless.

“Nobody knows, they’re going to be crying, it’s going to be a disaster,” he said, “the whole family would be crying.”

The last few months, he says, have been “very lonely.” His only ray of hope has been clean clothes once a week, courtesy of Ribeiro.

“It’s very important to stay clean take a shower, have something clean on you,” he said. “You really feel so good.”

For Ribeiro, the last few months have been an eye opener.

He’s still dreaming of making music but hopes to continue operating at the truck even after the pandemic is over.

“There is so much in life that you take for granted,” he said. “It’s important to be aware of it.”