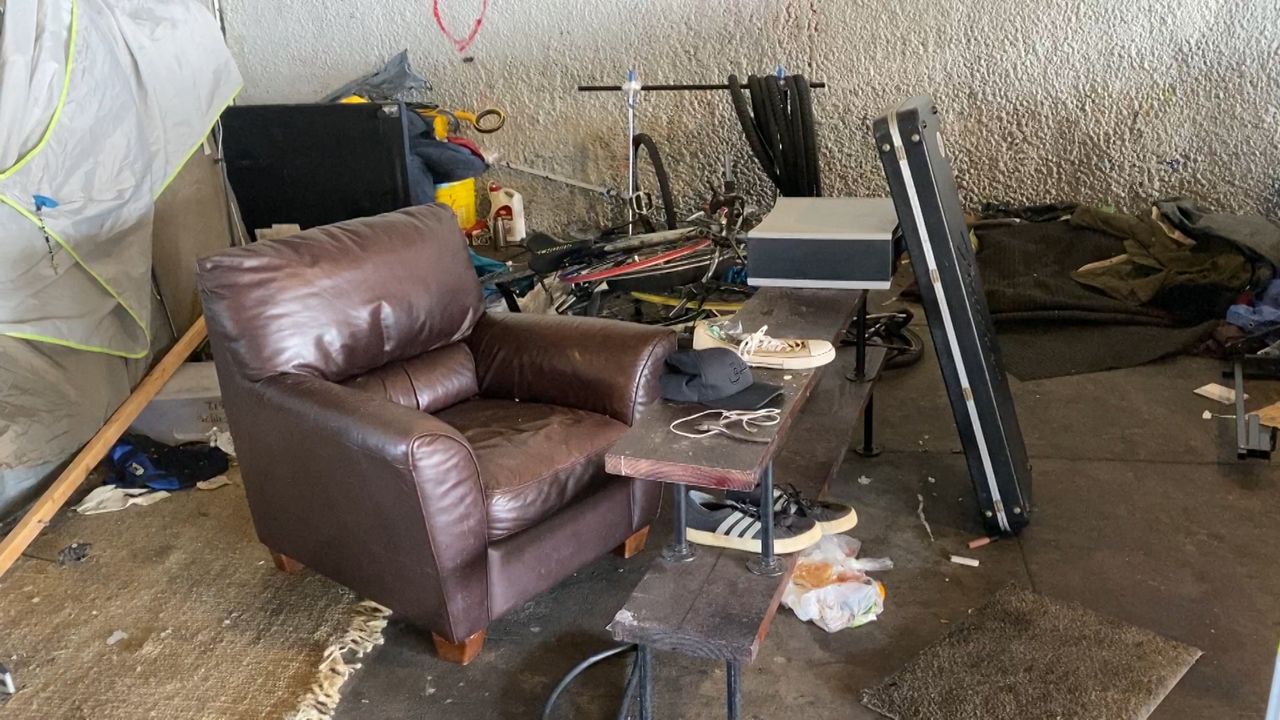 Meet the Man Whose Lawsuit is Reshaping LA’s Homeless Crisis

LOS ANGELES – There are so many tents and tarps along Venice Boulevard under the 405 freeway, it is hard to estimate how many people call the stretch of sidewalk home. The tents line both sides of the busy artery, and people often sprint between oncoming cars to visit neighbors on the other side.


“They reached the ultimate disaster but trust me, our city officials are very creative. They’ll find a new way to make it worse,” said George Frem, whose business, Exclusive Motors, faces the encampment.

He has kept a close eye on his neighbors for year. His security cameras have captured shootings, open drug use and lots of anti-social behavior. It was all bad for business: he has gone from repairing 1,000 cars a year to about 600. He says he lost contracts because vendors worried his parking lot is unsafe. Customers are afraid to walk on the sidewalk.

But all that is about to change because of Frem’s lawsuit against Los Angeles County and the city.

On Wednesday, the city and county of Los Angeles presented plans to relocate and shelter thousands of homeless people living in encampments and tents on the streets and near freeways under the threat of the coronavirus.

In papers filed in Los Angeles federal court, officials promised over the next 10 months to find or create short- and/or long-term housing for more than 6,000 people, including those living under and adjacent to freeways, and those currently staying in recreation centers and motel and hotel rooms throughout the region.

“They expose homeless individuals to elevated levels of pollutants and contaminants, including lead and other carcinogens,” Carter wrote. “Second, these locations also increase the danger that a homeless person I’ll be struck by a vehicle or injured in the event of an earthquake or crash.”

In its nine-page proposal, the city and county prioritized two elements of the homeless population. One element is for those residing in the city's COVID-19 emergency shelters, recreation centers, and city-funded Project Roomkey rooms. The second element is for people who have taken shelter under freeways , and near entrance and exit ramps.

Contingent upon each shelter location receiving county-funded support and operating services, the city said it "commits to creating 6,100 new shelter opportunities in the next 10 months.'' Operating services would include specially trained staff dedicated to managing the facilities, case managers who work with clients to access housing and other benefits, on-site security services, and program enrollments.

Officials detailed three pilot projects, including the deployment of hygiene facilities near 16th Street and Maple Avenue, where a group of people are living under a freeway; a modular housing, or pallet, program, providing shelter for up to 100 persons, expected to open within 10 weeks; and an RV safe parking program that allows safe 24-hour parking in a designated area exclusively for campers and is expected to open within four weeks, according to the document.

The city estimates that capital costs for housing interventions for the 3,100 people living near freeways will range from $100 million to $130 million, and would be carried by the city, subject to approval of the City Council.

On Tuesday, only one of several people living under the 405 approached by Spectrum News 1 had heard about the order. She said she had lived there for two years, and couldn’t imagine packing up her tent and moving.

At his nightly briefing, Mayor Eric Garcetti said he is eager to work with the judge to find a permanent solution. It is estimated as many as 7,000 individuals currently live under or around freeways in Los Angeles County.

“That’s very important for their health, but I don’t want to spend tremendous resources to move people 20 feet, when the health guidance is not to move people at all during COVID-19,” Mayor Garcetti said.

I’ve been reporting on this same encampment on Venice Blvd for exactly one year. Last week, a federal judge ruled the County has to clear and rapidly house everyone living under freeways - including this one under the 405. @SpecNews1SoCal pic.twitter.com/E4VdkHA47S

As for Frem, he says he’s just getting started.

He may be the plaintiff, but he says the homeless are the real victims. He hopes city leaders will ultimately be held accountable for letting it get this bad in the first place.