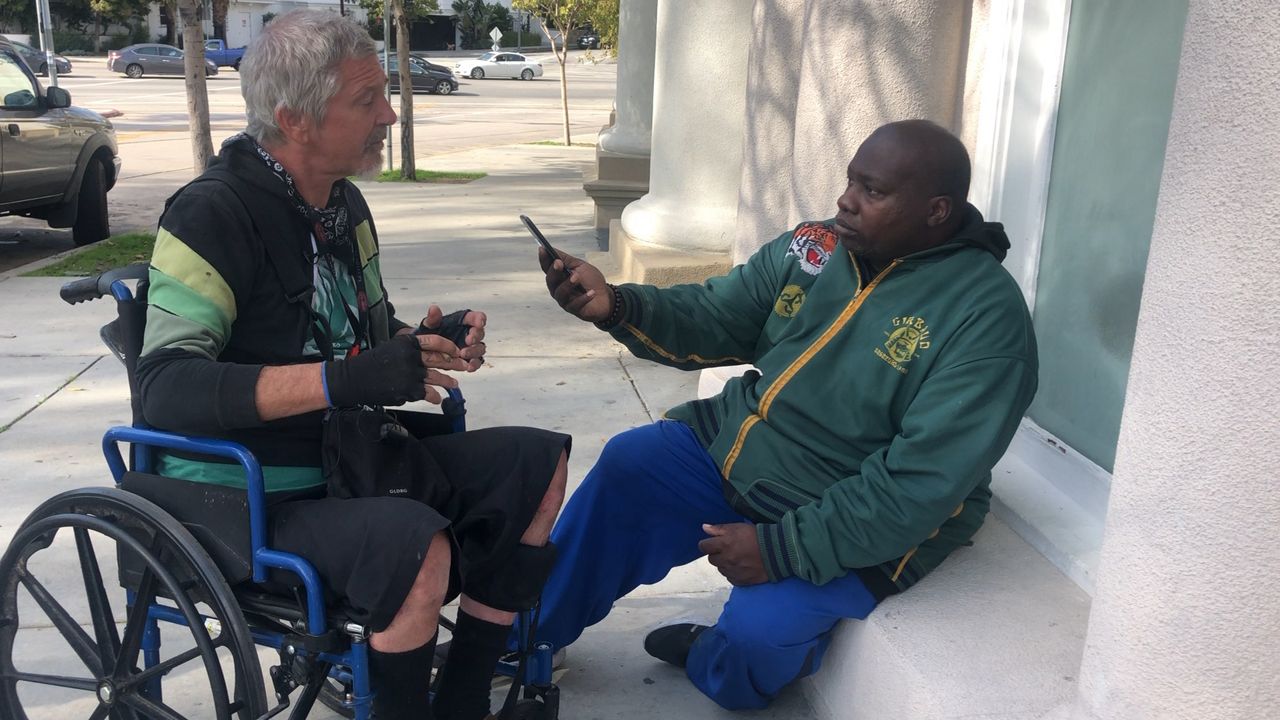 ECHO PARK, Calif. — Theo Henderson never thought he would be unhoused. But financial hardship and a diabetic coma left him no options.

“I wasn’t able to bounce back as I thought I could. And so it became very frustrating when I heard people spout off arrogantly if I may add, ‘Why don’t you use the social services?' or 'You’re service-resistant,’” Henderson said.

It’s a stigma that Henderson says doesn’t apply to all who are unhoused like himself. Henderson says he’s applied for housing, but the system doesn’t work that fast.

“Most unhoused people that I found have tapped into the services but we have a bureaucracy, and we have over 35,000 people who are homeless in the city. So things are not going to happen overnight,” Henderson said.

He has been on the housing wait list for six years.

It's a process that outreach workers say could take up to 10 years. During that time, Henderson says he’s been harassed by residents, security and police. His experiences made him realize there’s an untold story of what cleaning sweeps, gentrification and police interactions are like for those like him.

That realization led him to create his own podcast, We The Unhoused.

The podcast features interviews with those who are unhoused and homeless outreach service representatives to provide insight into this crisis in L.A. and L.A. County.

Todd Robert Miller is one of his interviewees. Miller says an eviction and multiple sclerosis led him to the streets and so far he’s spent five years on the housing waitlist too.

“He’s a trooper man, he’s going out and really trying to come out to the people. The point is extremely scary. I’m never going to be like that, wake up one morning with MS, you blink, and you are homeless,” Miller said.

Henderson says it’s become his mission to give the unhoused community a voice.

“I can’t stop because it’s so important. It's a story that’s so important, so I want to do my part of leaving something positive that help the vulnerable,” Henderson said.

Henderson hopes the stories he shares will humanize the experience of what new laws, rules and harassment look like for those just trying to find their way back into housing.