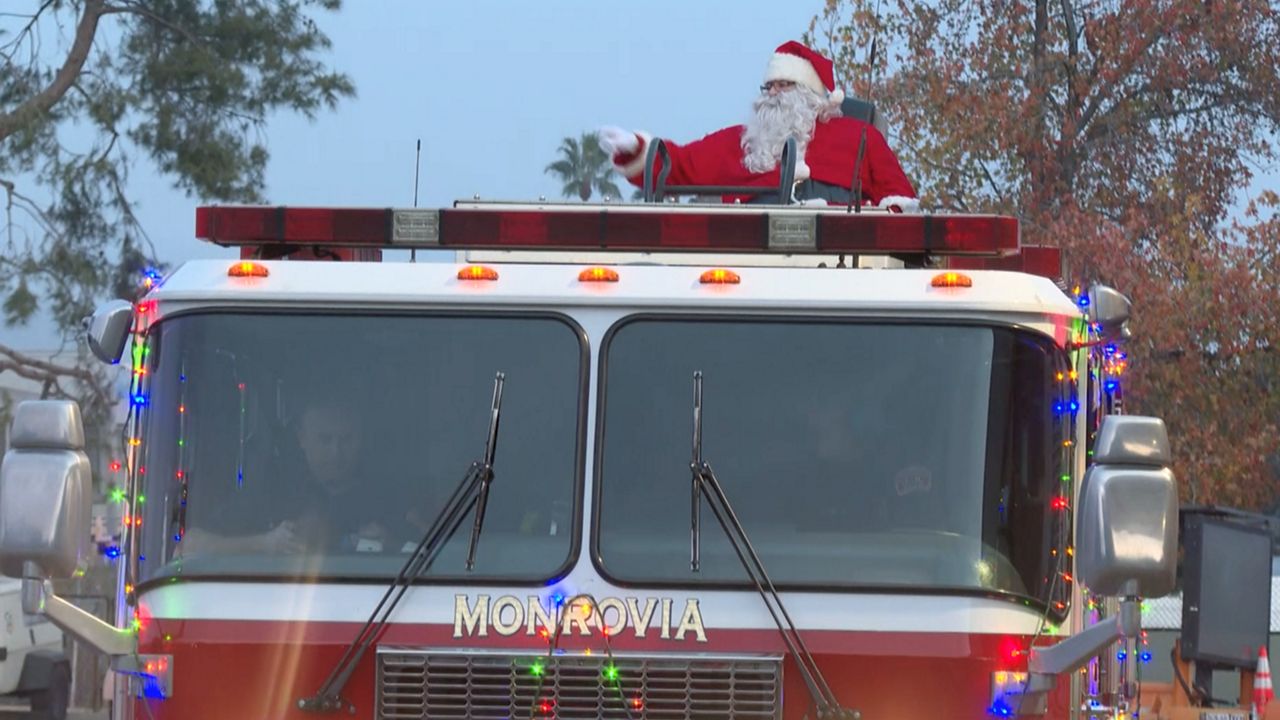 Santa returns for tour of Monrovia atop a fire truck

MONROVIA, Calif. — Santa is back. The big guy is in Monrovia this week, touring each street in the neighborhood.

He ditched his sleigh for a big red fire truck and waved hello to everyone in the neighborhood.

This year, the tour is an even bigger deal for some little ones at Bradoaks Elementary School, who were hand-picked by their principal to meet the man himself.

"It's exciting because we never really see him because we're sleeping when he gives us the presents under the Christmas tree," Arielle said.

She got her chance to say hello and ask him for a Barbie house for Christmas.

Santa, also known as Jim Leahy, said the kids' smiles are why he does the tour every year.

"The kids are still the same," Leahy said. "They still have the wonderment of Santa Claus."

Santa's tour, which will run through Friday, can be tracked online.