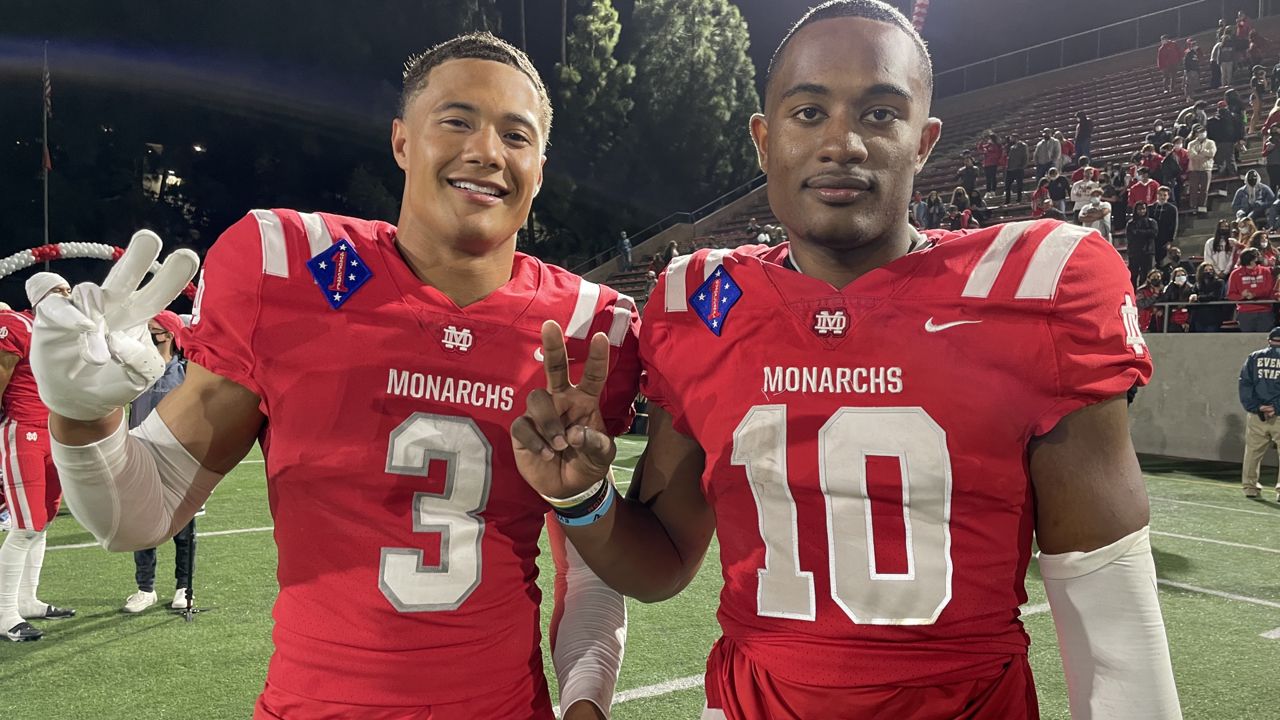 It's a "red redemption" in Santa Ana as Mater Dei takes down St. John Bosco

SANTA ANA, Calif. — It was a matchup 16 months in the making and Saturday night's Trinity League championship game did not disappoint.

The Mater Dei Monarchs completed their quest for revenge against rival St. John Bosco, taking down the Braves in resounding fashion with a 34-17 win.

The Monarchs were lead by freshman quarterback Elijah Brown, who coincidentally wasn't even enrolled on campus at the time the two teams last matched up on the gridiron.

Brown threw for over 200 yards in the air and tossed four touchdown passes, including two to junior wide receiver CJ Williams. Williams' second touchdown catch — a 26 yard, one-handed grab in the end zone — tied the game for the Monarchs at 14, and from there Mater Dei did not let up off the gas.

Although the Braves showed off their speed and versatility on offense with big plays from running back Jabari Bates and tight end Matayo Uiagalelei, a fumble on the first play of the fourth quarter deflated any Bosco momentum late in the game.

Keeping with the Mater Dei defense, junior cornerback Domani Jackson sealed the deal with just over five minutes left, recording his first interception of the season en route to the Monarchs win.

Mater Dei finished the season a perfect 5-0, while St. John Bosco suffered its first loss of the year, finishing 5-1.