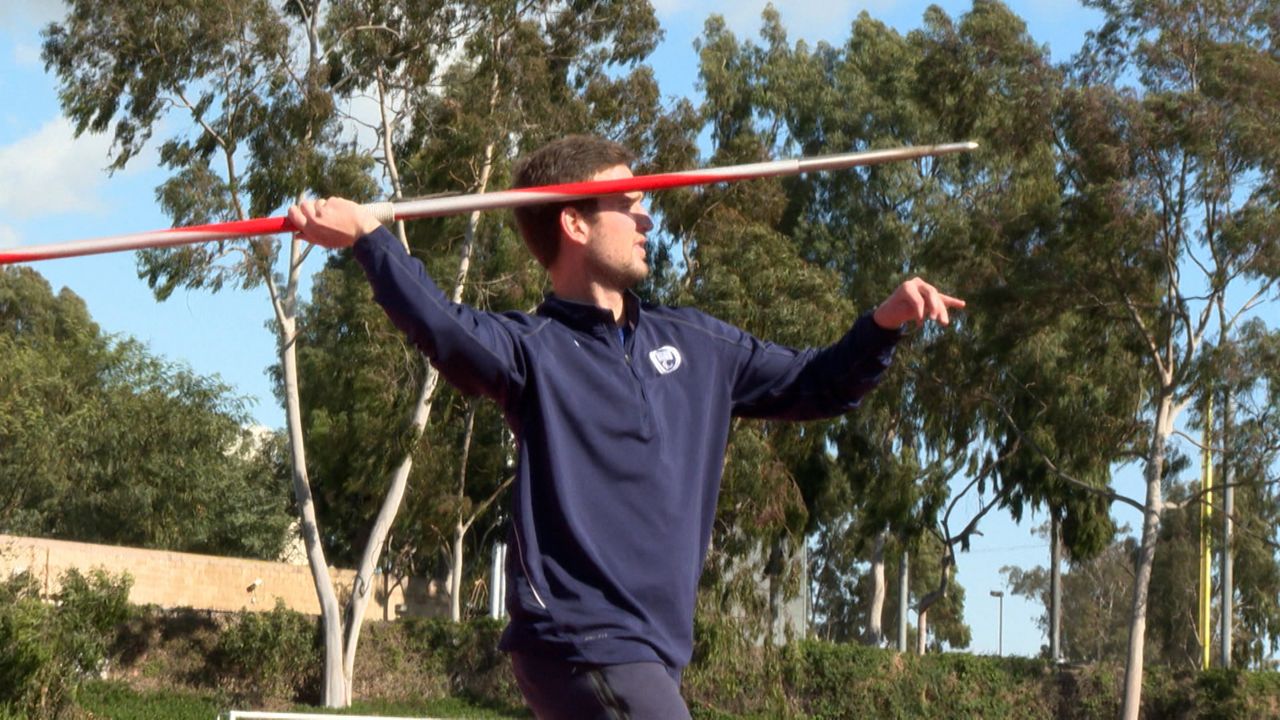 CARSON, Calif. — According to some teachers, keeping kids engaged in an all-virtual or even hybrid school model has been one of the toughest challenges during this pandemic. That's why a nonprofit in Southern California has recruited Olympians and Paralympians to help keep kids motivated in a new way. The Ready, Set, Gold! program has gone from in-the-classroom to all online, but the athletes say they hope it remains as powerful during the pandemic as it has been in years past.

One of the athletes who took part in the Spring Series videos for Ready, Set, Gold! is Paralympian Cody Jones. Competing in athletics is a path doctors would have never predicted for Jones. In fact, the athlete said doctors told his parents that he would never walk. Physicians said he'd probably be in a wheelchair.

"My disability, cerebral palsy, affects my left side, like all the way down from my head to my toes," Jones said.

He said that as a baby, he would crawl mostly using the right side of his body. From that moment on, he just had to figure out how to do things differently. He said he didn't let his disability stop him from doing anything, including sports.

Through the support of his parents, friends, and coaches, Jones eventually learned to play baseball.

"I had to play one-handed. I had to learn how to adapt to my situation and overcome [it]. I was able to make my high school team," he said.

Jones said a newspaper article about him playing baseball is how the Paralympics director discovered him and recruited him to compete in the javelin. He said throwing a javelin is kind of like throwing a baseball.

"She emailed my coach, I started throwing, and the rest is history, I guess," Jones said.

His athletic history includes competing as a member of Team USA at the Paralympic Games in Rio in 2016. He shares his story as part of the Ready, Set, Gold! program that aims to help kids in Southern California live healthy and active lifestyles.

"The crazy cool thing about Ready, Set, Gold is it's not just about fitness or nutrition. But they understand the importance of mental health. And especially a year like this for students," Jones said.

The athletes share their stories and demonstrate exercises in videos. The program has been in-person since 2006. But this school year, with the pandemic, it's gone virtual. It's been a big help to physical education teachers like Alejandro Ramos. Ramos teaches 4th-6th graders in the Claremont Unified School District.

"Students number one struggle right now is lack of motivation. And that translates for us in physical education, as maybe a lack of engagement," Ramos said.

He said he's seen the videos, which are available for free to anyone who registers, help kids beyond his class. Ramos said the program is able to "encourage and motivate [students] to succeed in the classroom."

According to the nonprofit, the program has also helped reduce truancy and increase classroom participation. That's why when asked to participate, Jones didn't hesitate.

"It's what we're supposed to do as humans. We got to help each other out. And stories are powerful," Jones said.

Jones said he hopes his story will help students and anyone who needs to hear it.

You can find the videos and a complete list of athletes taking part in the Spring series videos here.