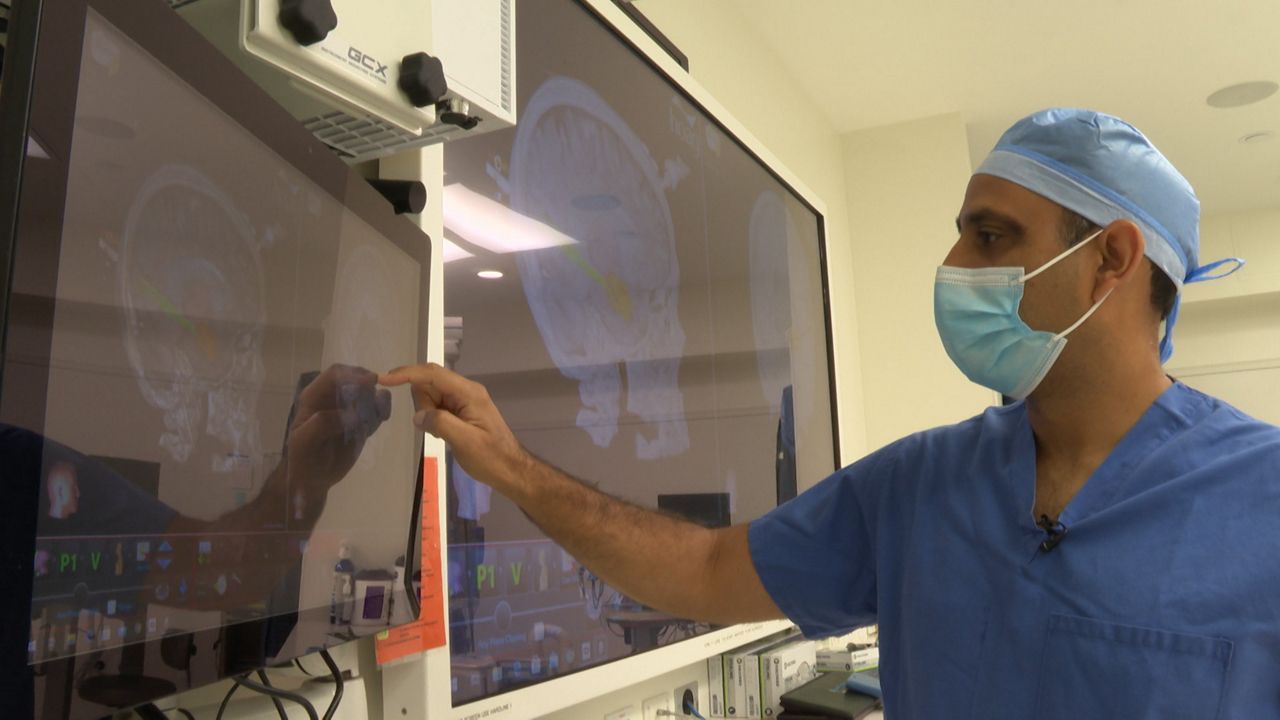 NEWPORT BEACH, Calif. — Going out for a drive is a dream come true for Lisa Egli, who suffered from seizures most of her life.

"It's amazing. Something that people truly don't understand what a privilege it is until you have to carpool all the time, find somebody to carpool with or look at local transportation," she said.

In her 20s, Egli was diagnosed with epilepsy, a brain disorder that impacts nearly 3.5 Americans. The condition overwhelmingly controlled her life, forcing her to take multiple medications, yet, she said, she still couldn't predict what would trigger her next seizure.

Her seizures ranged from one a week to three in one day with medication. So, she began looking for medical options that could change her life.

That's when she learned about the SLATE clinical trial at Hoag Memorial Hospital Presbyterian. The only hospital where neurosurgeons like Dr. Vivek Mehta use virtual and augmented reality to highlight the problem area and rehearse a minimally invasive brain surgery using a laser for drug-resistant epilepsy patients.

"By rehearsing this prior to surgery, we're able to protect the critical structures of the brain such as the optic fibers and maximize the tissue that's ablated causing seizures," Mehta said.

Mehta said the surgery is performed with an almost as thin instrument as a guitar string to pinpoint the exact location for laser ablation. The procedure that is being studied through the clinical trial could help more than one-third of epilepsy patients become seizure-free with minimal side effects and a short hospital stay.

"The results are still pending. But, we are seeing promising results, and the 14 patients we've treated here at Hoag with this approach, 11 are completely seizure-free," Mehta said.

The doctor said that patients who do not experience a seizure after a year post-surgery are considered seizure-free. Egli is one of those 11 patients.

"It's so refreshing to be in a different place. To be where you see everyone else and just know that I'm going to be fine, wake up each morning and know I don't have to worry about that."

For Egli, she said she couldn't be happier to work and live her life without fear of when the next seizure will strike.