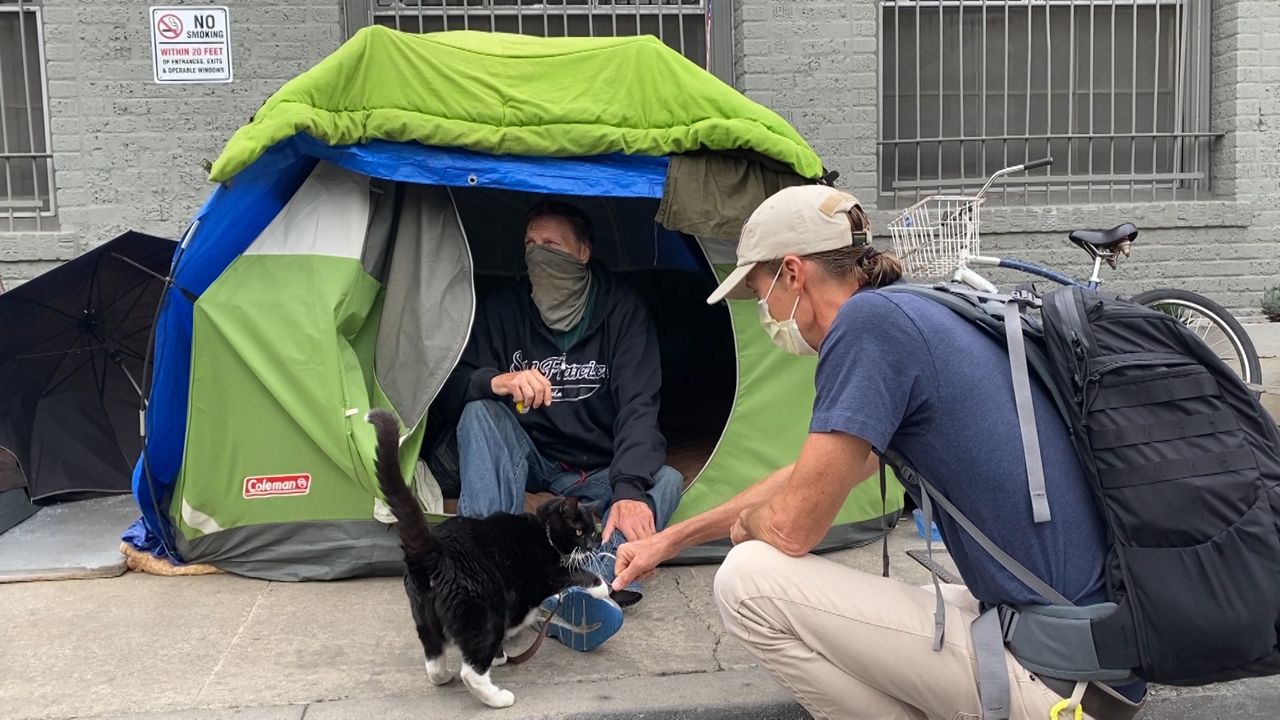 VENICE, Calif. — It’s not exactly a couch, but a ledge will do for Jillian Holloway’s meeting with a psychiatrist.

Across the street from Google’s Los Angeles headquarters, Halloway explained that she’s off her medication because she’s using methamphetamine and worries the mix could be deadly.


“There’s a client that died from that,” Holloway said. “She mixed it and she had a heart attack.”

Holloway lives near Venice’s infamous “Skid Rose,” where tents line the streets around tech offices, posh restaurants and multimillion-dollar homes. She says meth dependency on the street is endemic. It’s difficult to say "no," even if she’s worried how the drug might interact with her medication for her bipolar disorder.

Halloway's doctors are with Venice Family Clinic, a street outreach team lead by Dr. Coley King. After fifteen years of practicing street medicine, Dr. King noted that homelessness is deadlier than it’s ever been — and that's not because of the pandemic.

“It’s the combination of chronic homelessness and years on the street, and the resulting effects of addiction that happen when people are out here for too long and absolutely suffering from their mental illness,” he said.

Judge David Carter took aim at LA County’s mental health system as part of his 110-page preliminary injunction ordering local government offer housing to those living on Skid Row. Carter cited a 2019 county report that found LA has less than half the number of mental health beds it needs for its population.


Supervisor Kathryn Barger (R) supported the county’s failed effort to get dismissed from the lawsuit brought by the LA Alliance for Human Rights, a coalition of business owners, nonprofits and service providers that seeks to end the spiraling crisis on LA's streets. Barger noted that mental health and addiction services are the jurisdiction of the county.

“People are very destabilized out here, and if we had more beds, I think there would be more available for that stabilizing factor,” Dr. King said.

Homelessness is far outpacing the system’s capacity for care, Dr. King added, while doctors assure Holloway they will only prescribe her medications that are safe to take on the street.

Holloway says housing would help her get sober. But until there’s a place to go, she’ll take all the help she can get on the street.