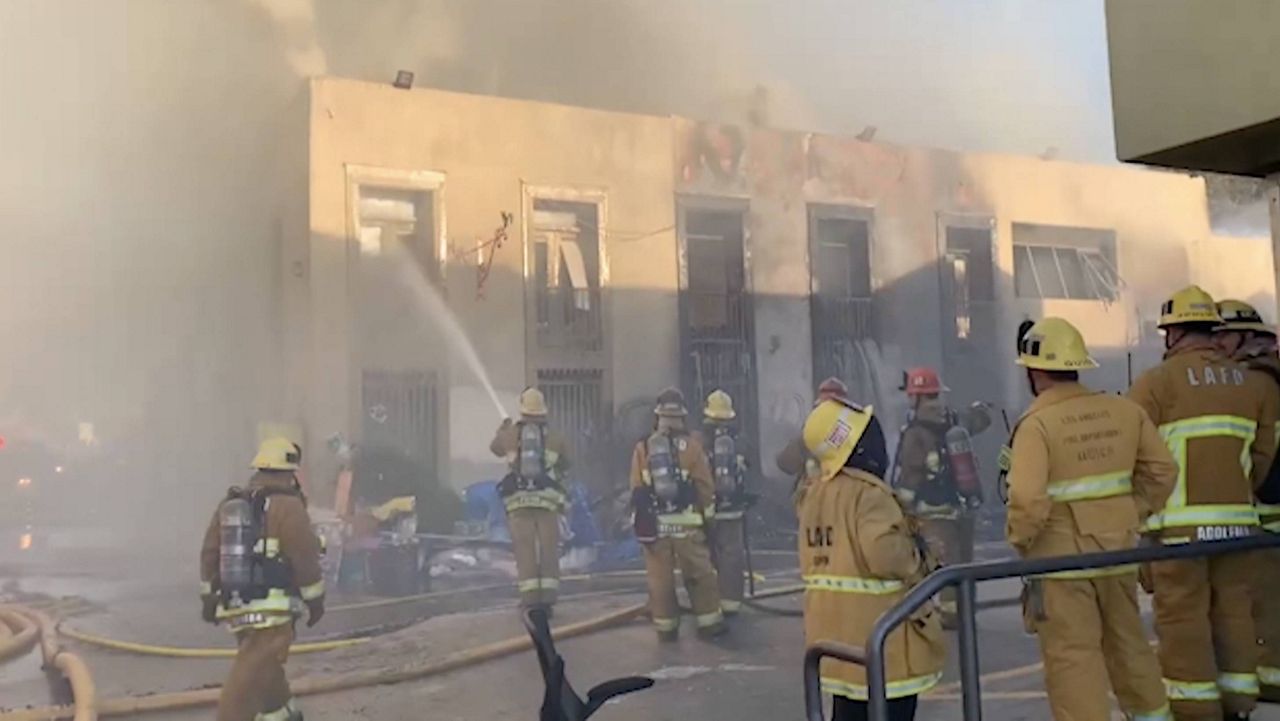 About 24 fires a day are reported in the City of Los Angeles start in homeless encampments.

LOS ANGELES — Since he was 20 years old, Reza Karimi has had a vision for his future.

He started his Good See Company at a swap meet in 1983. He moved his eyewear business to the Venice Boardwalk shortly after that and, over the next four decades, grew it to the store it is today.


"We have 11 employees. We are open seven days a week. We have very good inventory, and we have great brands! Best in the world, I say like Cartier, Chrome Hearts, Jacques Marie Mage, Fred, and on and on," Karimi said.

His eyewear company is his life's work.

"I worked 17 years without a day off. It has been a beautiful journey. I love this country," Karimi said.

However, the homeless encampment right across from his store is now a real danger. He has dealt with defecation, fighting, drug use, vandalism, shoplifting and harassment. Then, in January, his life's work was feet away from going up in flames when the vacant building next to his store caught on fire.

The cause of the fire was a homeless encampment.

"It could have burned everybody that lived next door to it! Venice, the homes and the business are very close to each other, once something burned and if there is wind, you know, the wind will take the fire everywhere. We can have the whole city on fire because of the homeless," Karimi said.

About 24 fires a day in the city of Los Angeles start in homeless encampments, and they account for more than half of the fires LAFD responds to.

"They cook here. They have butane tanks and what they do is have barbecues, and they have their tents next to the barbecues, or they set each other's tents on fire," Karimi said.

Some are cooking fires, and about a third are arson, according to LAFD. Sometimes homeless people are the victims, sometimes the arsonists, but the fires are growing. Since the fire department began keeping track of the homeless fires, they have tripled in number.

"It's just a big, big, big problem, and the city has to take care of this," Karimi said.

In response, Councilman Mike Bonin is working on a program with LA firefighters that would appoint a fire unit to the beach for a few hours for four days a week.

Karimi said he hopes it will be enough because when asked what would have happened if his business had gone up in flames, he said, "This place is my life. It has provided a good life for my family and provided our future," he said.