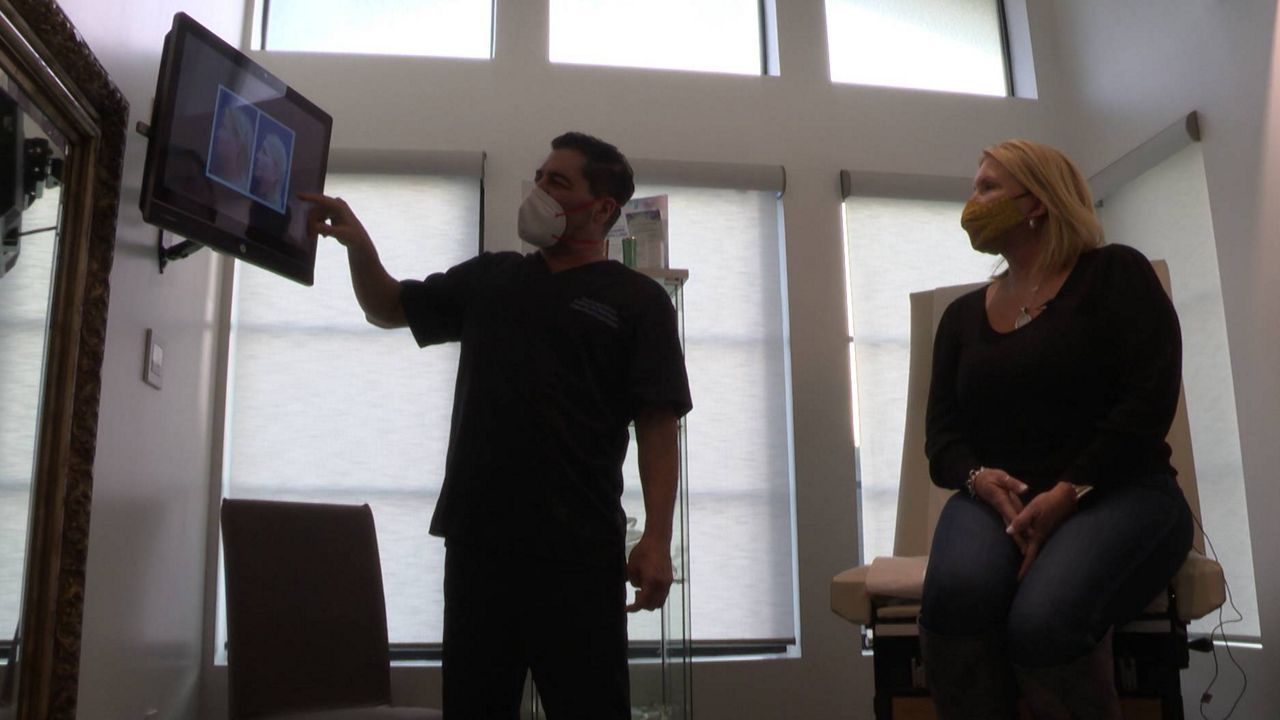 While working from home during the pandemic, Diana Davis decided to get a facelift.

MALIBU, Calif. — As the pandemic continues, working from home has become the new normal. During virtual meetings, Diana Davis began to notice physical traits about herself that she did not like.


“When you talk on a Zoom call your face is large and right there on the screen and I noticed, you know, wrinkles around my eyes, under my eyes, my jowls, and my neck. It just kind of confirmed what I was seeing in the mirror each morning,” Davis said.

Each day she spent analyzing what she saw in her reflection brought her one-step closer to seeking change.

“I just wanted a new look. I wanted to look refreshed and as vain as it might sound, younger,” Davis said.

It was not long before Davis decided the pandemic was a perfect time for her to get a facelift and recover while she worked from home.

A facelift is usually a procedure that typically takes about four to six weeks to recover from, but Dr. Arian Mowlavi, a board-certified plastic surgeon with the Cosmetic Plastic Surgery Institute, shared that his specialized technique lowers the recovery time to less than two weeks.

Mowlavi said he believes a shorter recovery and time spent at home are bringing more patients into his office seeking to change their neck and facial features among other plastic surgery procedures.

“There’s definitely an up tick in the number of face and neck lifts that we are doing, but in general all plastic surgery are on a rise, surprisingly. I think again it has to do with patients have downtime,” Mowlavi said.

According to a recent American Society of Plastic Surgeon survey, 64% of plastic surgeons saw an increase in consultations through telemedicine and found the most common procedures to be rhinoplasty, facelifts, and breast augmentations.

More than a month after her procedure, Davis could not be happier to see her new look.

“I’m very excited, very happy. It’s everything I could have hoped for and then some,” Davis said.

The pandemic pushed Davis to take time for herself and in the process; she found a way to feel more confident in her own reflection.