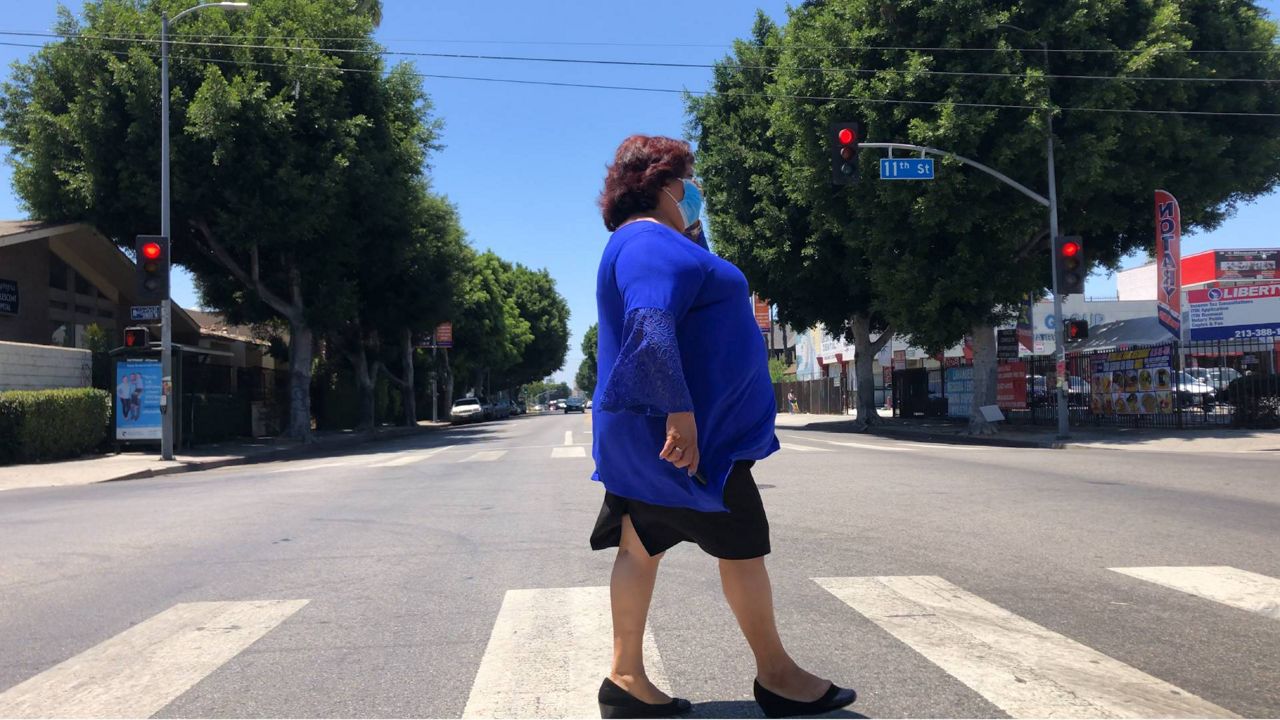 WESTLAKE, Calif. — Home is where Gloria Leiva’s heart is, and for almost a decade her heart has been in the Westlake neighborhood.

"I’ve lived here for nine years, and what I love from my neighborhood is, this is where I identify myself," said Leiva. "This is my community: the Latino, Hispanic, community."


So three years ago, when she was offered a job to help her community by becoming a Promotora — an outreach worker for L.A. County’s Department of Mental Health — Leiva jumped at the chance.

Leiva and about 130 other Promotores have been trained to inform their neighbors about difficult topics that are sensitive to their language and culture.

Multiple times per week, she’ll invite people from her laundromat, and even neighbors she runs into on the street, to join her Zoom classes.

Although the program started in 2011, its value has been solidified during COVID-19, as Promotoras explain to a battered Latino community everything from how to deal with the stress to how to get tested.


Such information has been essential for 43-year-old Brian Ramos’ family.

His family of 12 lives in two houses next to each other, so isolating was practically impossible. But information, resources, and knowledge about what to expect, Ramos explained, has helped them stay out of the hospital.

“Knowledge is power, right? Unless somebody tells you might not ever find out," said Ramos. "I think it’s important to inform everybody at their level."

And that’s why this program and similar ones within the county are expanding.

"The ultimate goal is to empower the families," said Leiva. "If we empower them, they’re going to have the tools to look for resources."