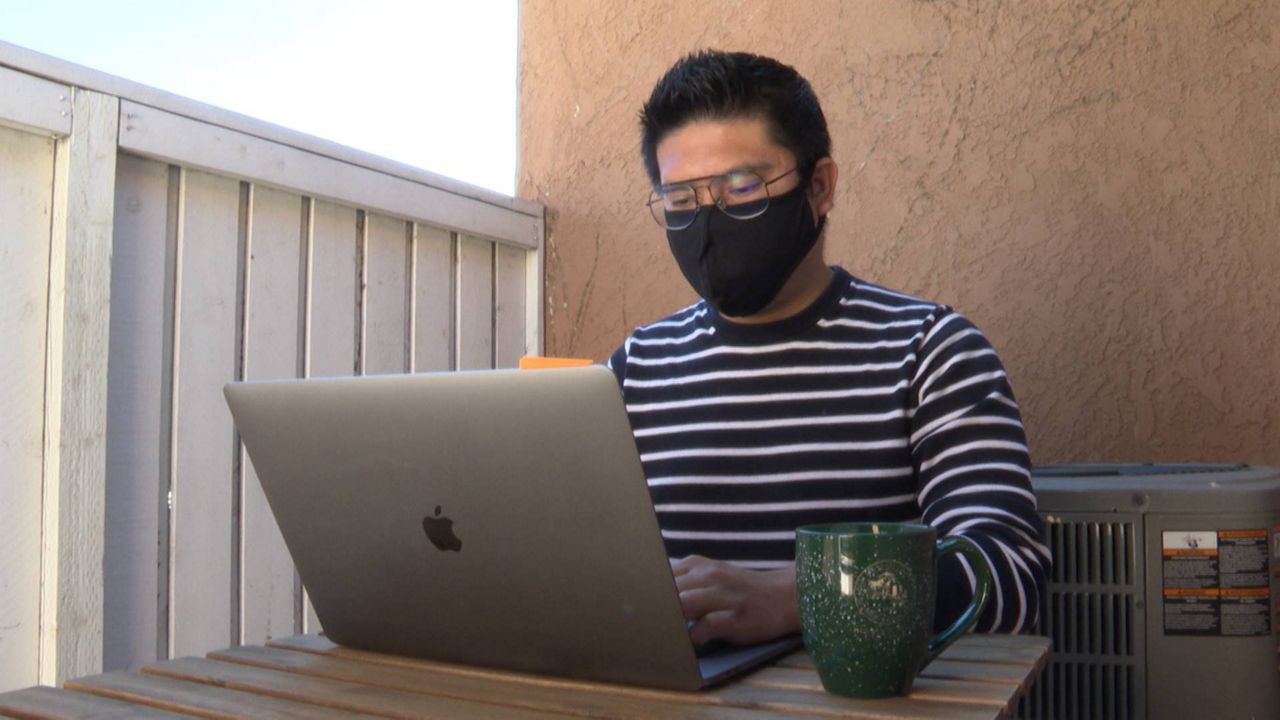 SANTA ANA, Calif. — Carlos Perea puts himself at risk every day since he’s come out as an undocumented and unafraid immigrant.

The 28-year-old DACA recipient crossed the U.S.-Mexico border when he was 14 to reunite with his mother, who he said he had not seen since he was 4 years old. DACA stands for Deferred Action for Childhood Arrivals. It was a program created during the Obama administration that granted protection from deportations and temporary stays for undocumented immigrants. However, under the current administration, the program has been at risk of getting cut for years.

Perea explained that his immigration experience was a bit different from other undocumented youth who came to the U.S. when they were 4 or 5 years old.

"I came here at an older age, and there were challenges that came with that," he said. "One, being able to understand the language, and secondly, having had an identity already and an understanding of myself, understanding what it meant to be here undocumented in this country as undocumented Mexican."

Perea said he recalls hearing stories and meeting people who had run-ins with law enforcement and customs agents.

“You’re here with the sense of fear, of what’s going to happen to you, but also with a sense of anger. This is a country that calls itself democratic and prides itself of freedom, but it treats human beings as if they were second-class citizens."

He became an activist after meeting people who were fighting for immigrant rights in Orange County. Sometimes that meant standing up to local leaders and law enforcement. While his activism days are far from over, Perea now speaks to Santa Ana’s police chief in a different setting. He recently addressed the chief during a commission meeting about how a sales taxes will impact police services:

“Hi, this is Carlos Perea. Thank you for your time and for the information you’ve provided to the committee. I have two questions. The first one is homeless issue, and the other is related to trust and quality of public safety,” said Perea during the virtual meeting.


A City Council member appointed the 28-year-old as the newest member of its Measure X Citizen Oversight Commission during the pandemic.

"It comes down to tax revenue," he said. "There has to be accountability, oversight, and recommendations to city council in terms of how they’re spending that money."

According to the Vera Institute of Justice, 46% of city of Santa Ana’s population is made up of immigrants. 102,000 of them are considered non-citizens and are potentially at risk of deportation. Perea and the commission meet every quarter to review the money generated by Santa Ana's sales tax and track how it's spent in the general fund.

"We live here. Even though we are undocumented, we pay taxes. We contribute every day to this community in many ways," Perea said.

Currently, the city commissioner is protected from deportation because of DACA. Perea noted that even though he is undocumented, he wants to use his role as commissioner to make sure the money coming into the city will be distributed fairly for all.