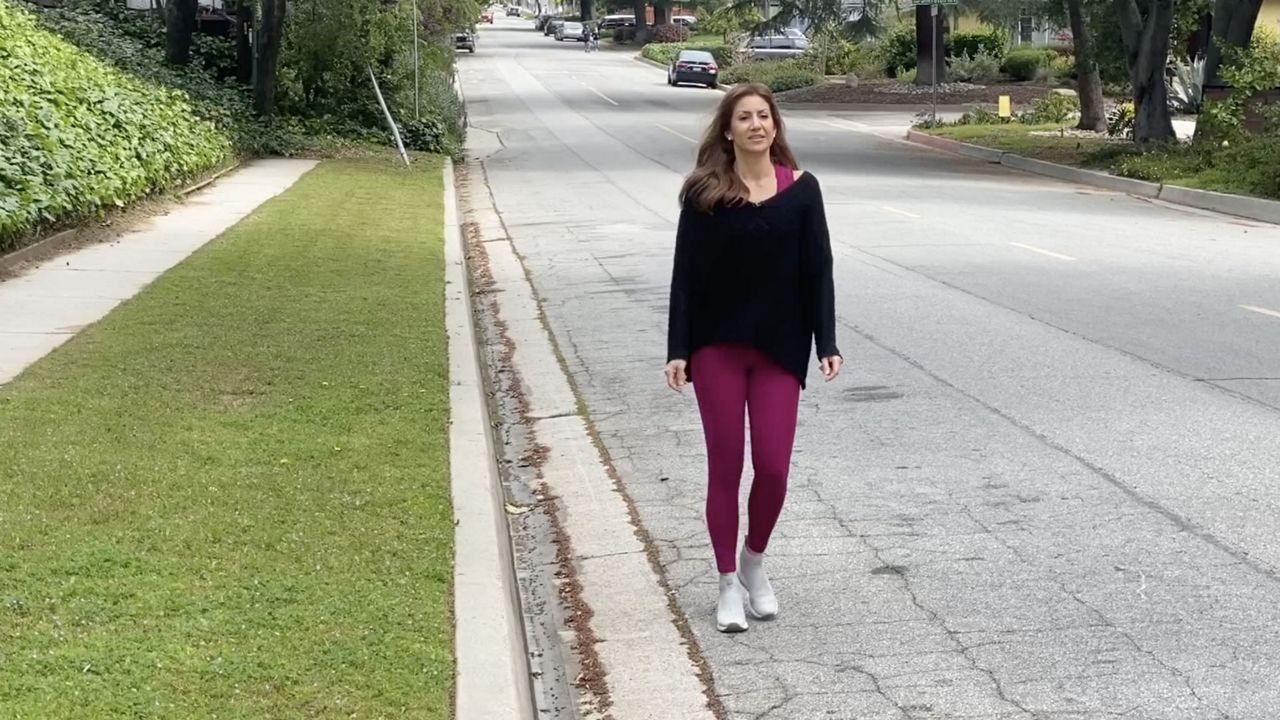 Should You Wear a Mask During Outdoor Walks? This LA Mom Says No

LOS ANGELES – Getting some fresh air during a neighborhood power walk helps Jill Simonian release stress after a long day cooped up inside during the safer-at-home order.

“I’ll do evening walks because it’s after all the stuff with the kids, it’s after dinnertime,” said Simonian.

But unless she is headed out on a grocery run or visiting an essential business, you won’t see her wearing a mask. In fact, it surprised her to see people in her neighborhood covering up their faces on solo walks or jogs.

“The craziest thing I’ve seen that perhaps disturbed me the most was people walking out of their door to the driveway to put trash in their own trash can and walking directly back into their house with the mask,” Simonian said.

When she posted her thoughts to her lifestyle and parenting blog, TheFabMom.com, some followers totally agreed.  For others, it struck a nerve.

In L.A. County where Simonian lives, the mask-order only applies to essential trips, not to solitary walks or runs around the neighborhood.

But other cities, including Beverly Hills and Glendale, have taken a more drastic approach and require face coverings even during activities like walking your dog or taking a jog around the neighborhood.

We’re all #SaferatHome. We’re all wearing masks or face coverings when outside our homes. We’re all trying our best to #SlowtheSpread. You’re not alone. We’re all in this together. #MyGlendale pic.twitter.com/47aGvu7XLY

“You should be wearing a mask because you’re going to be encountering other people as you go on your walk. It’s inevitable,” said Beverly Hills Mayor Lester Friedman, who pointed to the age of the city’s population as one of the reasons for concern. “We’re taking that extra step to protect public health.”

Simonian said she respects the leaders who are making policies to keep people safe, but thinks an order mandating masks for all outdoor activities is an overreach.

“It concerns me people are losing all common sense and logic because we’re scared,” Simonian said. “What’s big to me is facts over fear.”