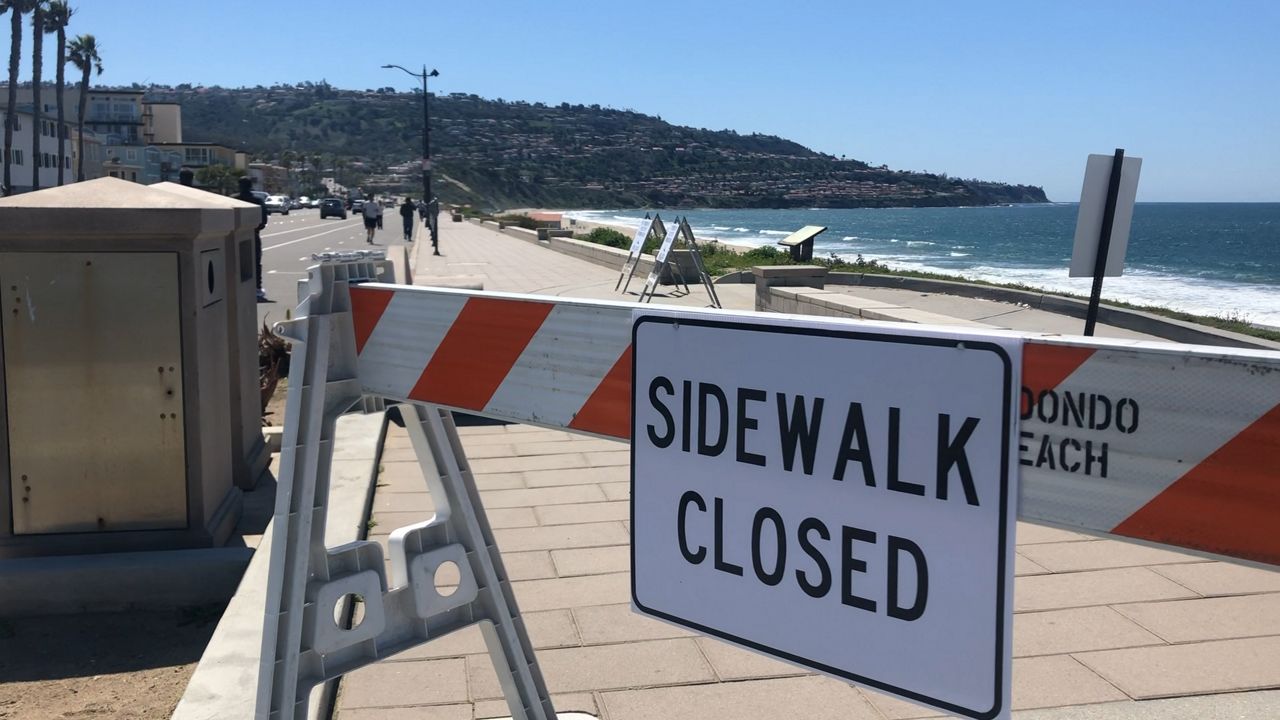 Riding a bike along Redondo Beach’s Esplanade was one of the last few things Ted Hall said he was able to enjoy while maintaining a safe distance from others during the COVID-19 pandemic.

But, by Friday afternoon, sidewalk and beach closure signs went up throughout Los Angeles County’s beaches.

“I think it's a little bit extreme. I know we’ve got to be careful, but it’s a large open space,” Hall said.

In Redondo Beach, police officers patrolled the area to make sure pedestrians and cyclists like Hall stayed off the sidewalks. While it deterred some from coming to the beach, Hall took his wheels to the streets.

In Redondo Beach, violating the Emergency Order can result in a misdemeanor that’s punishable by up to six months in jail and/or a $1,000 fine for trespassers.

Public trails and trailheads, beaches, piers, beach bike paths and beach access points in LA County are temporarily CLOSED through April 19. Here's where you can and can NOT go under the updated #SaferAtHome order. pic.twitter.com/5HPu8UrFHL

The closure was announced as more than 21 people were being quarantined in RVs at the Dockweiler RV Park, according to the L.A. County Department of Public Health. But earlier Friday, the bike path was still open, leaving Eric Sharpf one last chance to get a ride by the beach.

The closures are leaving less options for pedestrians and cyclists like Hall and Sharpf to be outdoors.

“I just won’t ride on the bike paths, you know. Either in the street or wait until it gets better,” Hall said.

Until then, Hall said he’ll try to find safe ways to stay active while being able to enjoy the outdoors.