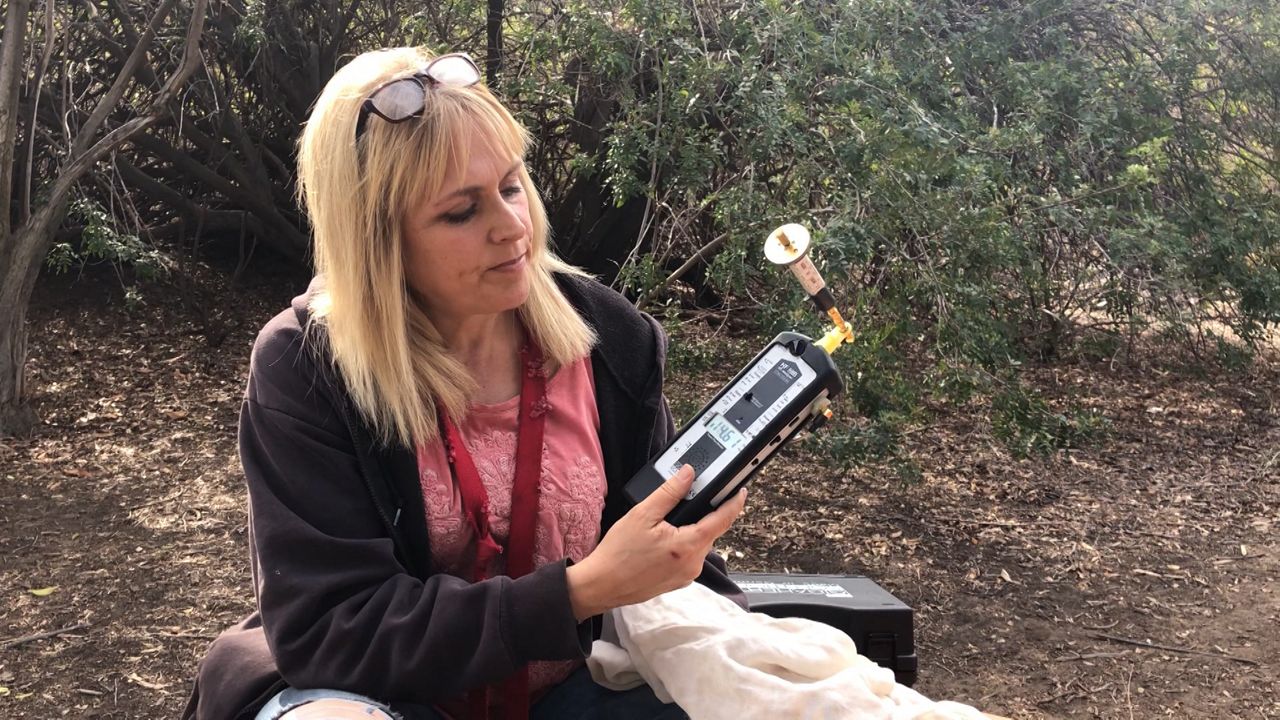 There are some people who are so sensitive to technology that merely using a cell phone could cause them pain. The levels of sensitivity vary for different people, but their condition is described as being “electrically-sensitive.” Liz Barris, a Topanga resident, says her health depends on measuring the radiation levels around her.

“This is in a dog park. There’s a cell tower about a block and a half that way. This is radiation, microwave radiation. This is a meter that measures it,” Barris said as she held an electronic meter.

If her meter finds high levels, she says it’s a likely indicator that she’ll suffer from painful migraines, vomiting, diarrhea and more.

“I love this dog park. But, like everything else, it gets ruined by the radiation,” Barris said.

He says it also effects about 10 percent of the world’s population.

“If you listen carefully as you have studied it like I have. Then you realize that there are definitely people who have that sensitivity,” said Dr. Heuser.

“I’ve never had migraines until this. This kind of headache is like someone is putting a spike in my head,” says Barris.

But at the moment, Barris has nowhere safe to turn. The Woolsey fire forced her to evacuate her Topanga home. For now, her only sanctuary is to cover herself with a metal-woven shielding fabric that can block radiation.

She was able to stay at a friend’s house but that home was internet hardwired, so she was forced to take other steps to block exposure. But she says the meter still picked up radiation, possibly coming from a neighbor’s unit. Again, she had to leave and find somewhere else to stay. It was a reminder of everything she’s had to sacrifice in the last 12 years because of her symptoms.

“I had a job. I had friends. I had a boyfriend. I had a social life. I had everything. Money. I can’t go to restaurants now. I can’t go to coffee shops. I can’t walk down the street. I have to drive with this over my head because there are cell towers all along the street and I will get sick if I don’t do this,” Barris said.

At the end of the day, Barris said her health forced her to go back home across mandatory evacuation lines with her dog Jack. Because if she stays where the exposure levels are high, she’ll be sick.