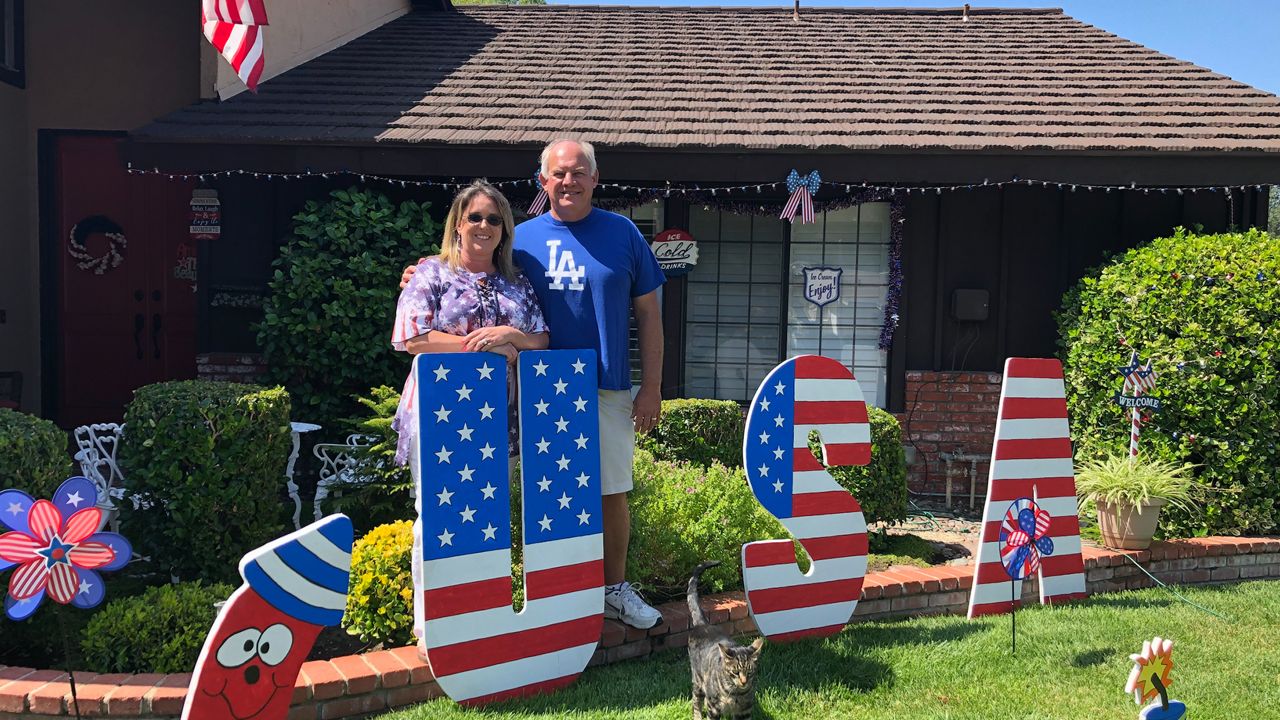 SANTA CLARITA — In past years, Mike Herrington and his wife Nicole Fox-Herrington would spend their Fourth of July at Santa Clarita’s annual parade, but this year the parade and fireworks are canceled due to COVID-19 which is why the city of Santa Clarita held a Fourth of July decorating contest.

For the Herrington's patriotic pinwheels are just one part of this tribute to old glory and the Fourth of July.

“It’s one of our favorite holidays, unfortunately, it’s going to be totally different this year,” Mike Herrington said.

Last year students from Hart High School paid tribute to Mike Herrington at Santa Clarita's Fourth of July celebration. He retired after 36 years of teaching physical education, more than 30 years as the head football coach, and the school's athletic director.

The city's celebration is an event Fox-Herrington says she looks forward to each summer.

“It’s a big deal, it’s [a] great family event, we go every year to the Fourth of July parade, we have a great time. Come home and BBQ and go see the fireworks at the mall,” she said.

It didn’t take long for the couple to start creating their display, Herrington cutting out the wood patterns and his wife painting the designs and at night the lights come on. The Herrington’s have always decorated for Halloween and Christmas but going all out for Independence Day was a first this year.

Satisfaction not just for the Herrington's but for their neighbors as well.

“We’ve had some people that almost tear up when they see this stuff,” he said.

It’s that reaction from neighbors that could make these decorations part of their annual Fourth of July tradition for years to come, they said.