For Castillo, the risk of opening a brick-and-mortar barbecue restaurant in Orange County — a place not known for good barbecue and add to that, during the height of the coronavirus pandemic last year — has so far reaped the rewards.

Two years ago, Castillo and his wife, Brenda, "YOLO'd" their entire portfolio. They sold their home in Garden Grove, cashed out their 401(k)s and poured every cent in their savings to open Heritage Barbecue in San Juan Capistrano.

"We didn't have any investors. We never even took out any business loans. It was just all of the money that we had saved," said Castillo to Spectrum News. "We just rolled the dice. Looking back, it was really stupid. I don't think anyone would do such a thing, especially during a pandemic. But I just had a feeling. My wife and I really believed in what we were doing, and that's why we took the gamble."

The gamble paid off.

Earlier this week, Michelin, the French tire company renowned for compiling the best eateries worldwide for their Michelin Guide, listed Heritage Barbecue on their famous guide and awarded the San Juan Capistrano barbecue restaurant with a Michelin Plate and as one of 45 new restaurants in California in the Bib Gourmand category.

Michelin awards the Bib Gourmand to restaurants that offer an entire meal — starter, main course, dessert and spirit drink — for around $40 or less. Michelin will announce its star selection next week.

"Punctuality is of the essence as everyone is here, early and eager, for chef and owner, Daniel Castillo's food," the anonymous Michelin inspector reviewed. "His creations draw inspiration from central Texas, so when that sweet scent of California white oak gets going, find yourself transported on a riotous journey, starting with slices of glistening brisket."

Castillo said he was taken aback by the suddenness of receiving such a high award.

"This is something that we've hoped for in the very beginning," said Castillo. "We're just floored. We didn't think it was going to happen this quick." 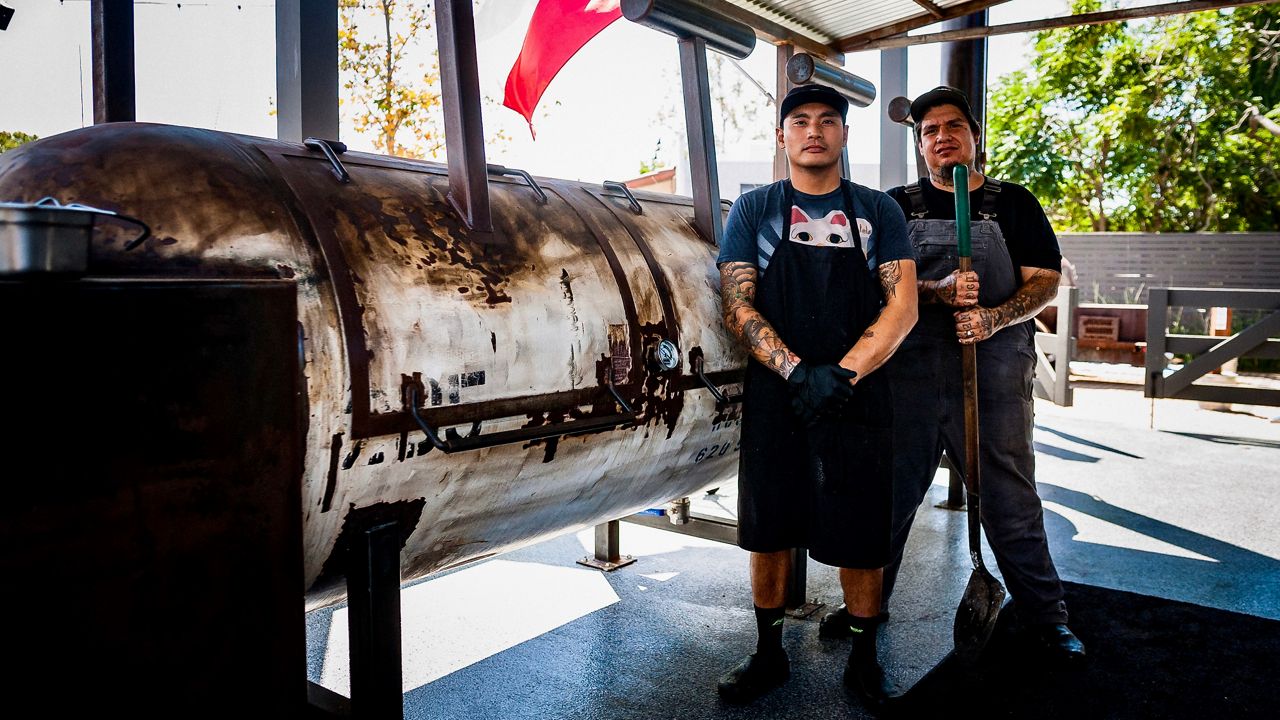 Inspired from his trips to central Texas, where barbecue reigns supreme, Castillo began honing his craft-style Texas barbecue skills in 2012. Castillo was a corporate chef at Whole Foods. He and his wife started by hosting backyard barbecues, which grew into pop-ups where he would haul an offset smoker at craft breweries around the county.

"It's like a cult," said Castillo. "People loved our barbecue."

An owner of a 10,000-square-foot building in San Juan Capistrano approached Castillo to open a brick-and-mortar restaurant. Castillo signed the lease, and then COVID hit.

"It was extremely scary," said Castillo. "We had already signed the lease and saw how nothing was happening for restaurants. They were closing left and right. The landlord kept persuading us to move forward. We were on our own. We were bound by this contract."

Castillo, Brenda and the rest of the team got to work. They set up 1,000-gallon offset smokers, a familiar sight for cooking meat at Texas barbecue joints but rare in California.

"We were the first to certify these offset smokers," he said. "This is a central-Texas technique. It's 500 to 1,000 gallons. It's 100% wood fire. We struggled a lot with the health department and experienced red tape to use these smokers, but it's the most authentic way to make Texas barbecue. We really pioneered that. You won't get the same taste or quality without these types of smokers."

Heritage serves up the Texas Trinity: brisket, ribs and sausage. The restaurant only uses prime meats and sometimes American wagyu from locally sourced farms. The chicken is pasture-raised. The sausage is homemade and takes three days to make, said Castillo.

Once Heritage opened, the lines wrapped around the block. The lines were so long (some people were waiting for as long as two hours) that Heritage staff members began tweeting out wait times, so customers wouldn't have to spend so much time in the sun or continue to wait if the meat ran out.

y’all wiped us out! Completely sold out for the day 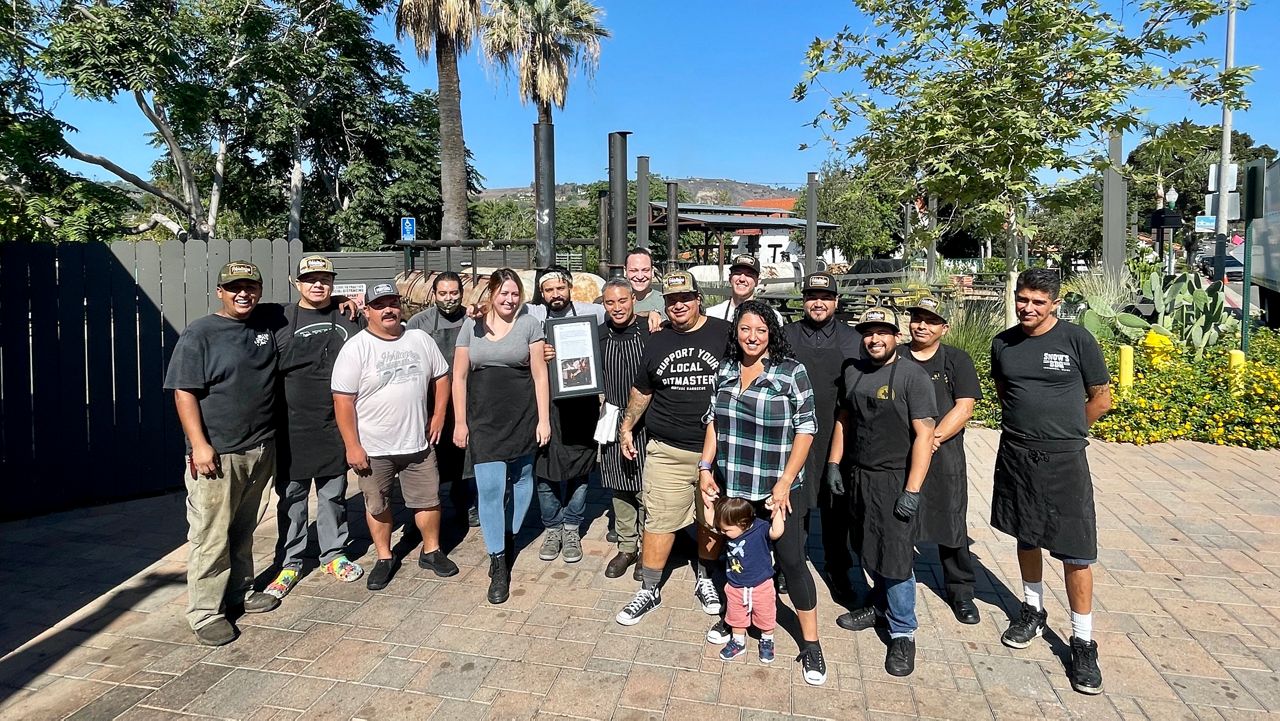 Castillo said despite the Michelin recognition, he believes he and his staff can do more. He's striving to be recognized by the James Beard Foundation.

"We haven't made it yet," he said. "We're in San Juan Capistrano. Tourism isn't back yet. We haven't seen the world without the pandemic yet. But we're lucky and fortunate enough to be surviving and thriving."

"We're going to continue to push the envelope," he added. "When we started this, we almost pigeonholed ourselves to just serving central Texas-style barbecue. But since then, we're embracing all of these different food styles and cuisines. We want to refine it and keep it comfortable and relaxed for our guests."