Guerrilla Tacos is one of two L.A. restaurants that designed a custom slip-on as part of the Vans Foot the Bill program to support small businesses. (Photo courtesy of Vans)

LOS ANGELES — Independent restaurant owners have taken out loans, mortgaged their homes, applied for grants, and pivoted operations hoping to get to the other side of a pandemic that has shuttered almost 20% of the country’s eateries, according to the National Restaurant Assn.

Now, a pair of L.A. restaurants are getting some help through an unlikely source: Vans shoes. As part of the Costa Mesa company’s Foot the Bill program, The Park’s Finest in Echo Park and Guerrilla Tacos in downtown L.A. have each designed a limited-edition custom slip-on and T-shirt and will receive the net proceeds from their sales.

“I’ve been determined to not let the restaurant close,” said Guerrilla Tacos owner Brittney Valles. Sales are just 10% of what they were a year ago, so Valles was “super appreciative” to find out she’d been selected for Foot the Bill in January.

“It was just a nice time to get involved and raise some money with the shoe because the cases are so high and people are so skeptical about eating out and our food is not meant to be to go. It’s meant to be enjoyed in the restaurant.”

The light blue Guerrilla Tacos Vans slip-on, which retails for $90, is a mashup of graffiti, palm trees, and a subtle L.A. logo that’s apparent when looking at its upper from above. It was designed by muralist Vyal Reyes — the same artist who painted the restaurant’s trucks and building. “I’ve always said we are an L.A. restaurant not a Mexican restaurant,” Valles said. “We take inspiration from all the amazing cultures in the city, and in L.A. you can get the best of the best ingredients. So I really wanted to be representative of that.”

The other L.A. restaurant recipient — The Park’s Finest in Echo Park – is also paying tribute to the city in its shoe, as well as the owners’ heritage. Its purple and pink design “is culturally specific for us,” said Christine Araquel-Concordia. Filipina-American, she co-owns the barbecue spot with her husband Johneric. “We try to promote culture through our food but also inside the restaurant,” which incorporates art from the Philippines, she said, “so we incorporated elements of that into the shoe.” 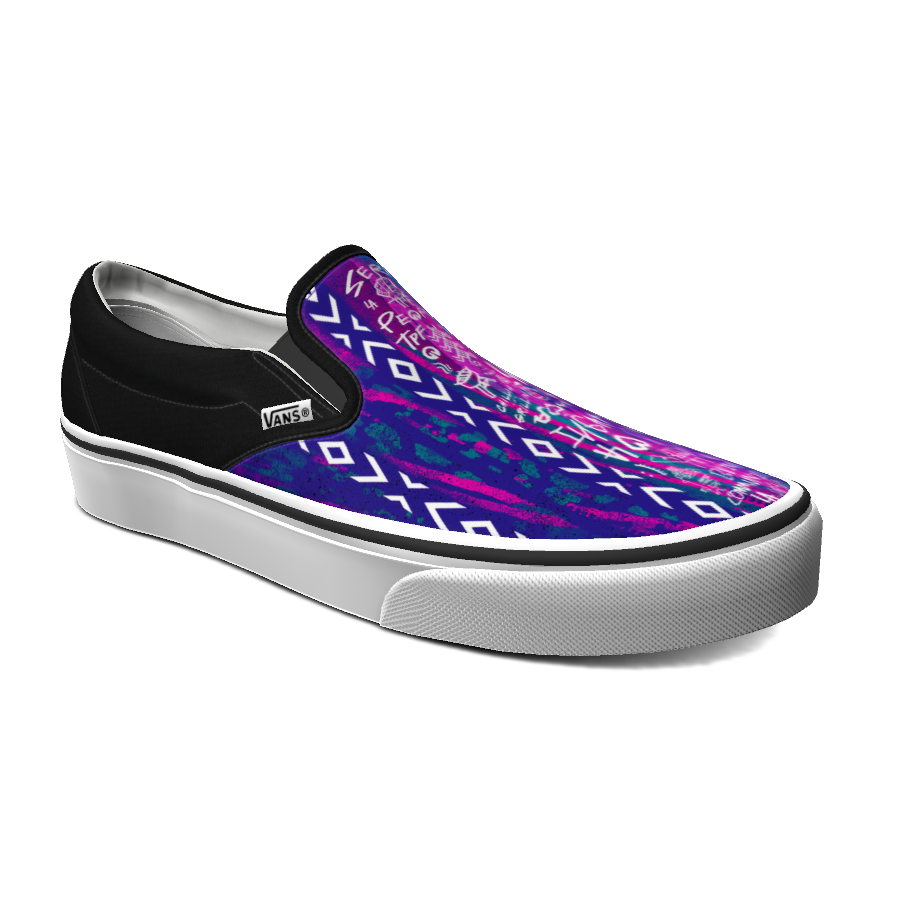 The Concordias worked with the Filipino-American apparel company Mabuhay Massive, whose owners designed the shoe with input from their 5-, 9-, and 12-year-old children, all of whom skate. The colorful print includes hand-drawn pictures of a barbecue, along with words that represent the core principles informing The Park's Finest food: serve the people, build community.

At least one of those sentiments is written in Tagalog: “ingat,” which means “take care.”

“It’s things we’re promoting through the shop but also specific to this time as well. In the middle of the pandemic, we want to do something positive,” Araquel-Concordia said. “All of this is about getting through this and really enables us to be able to take care of each other.” 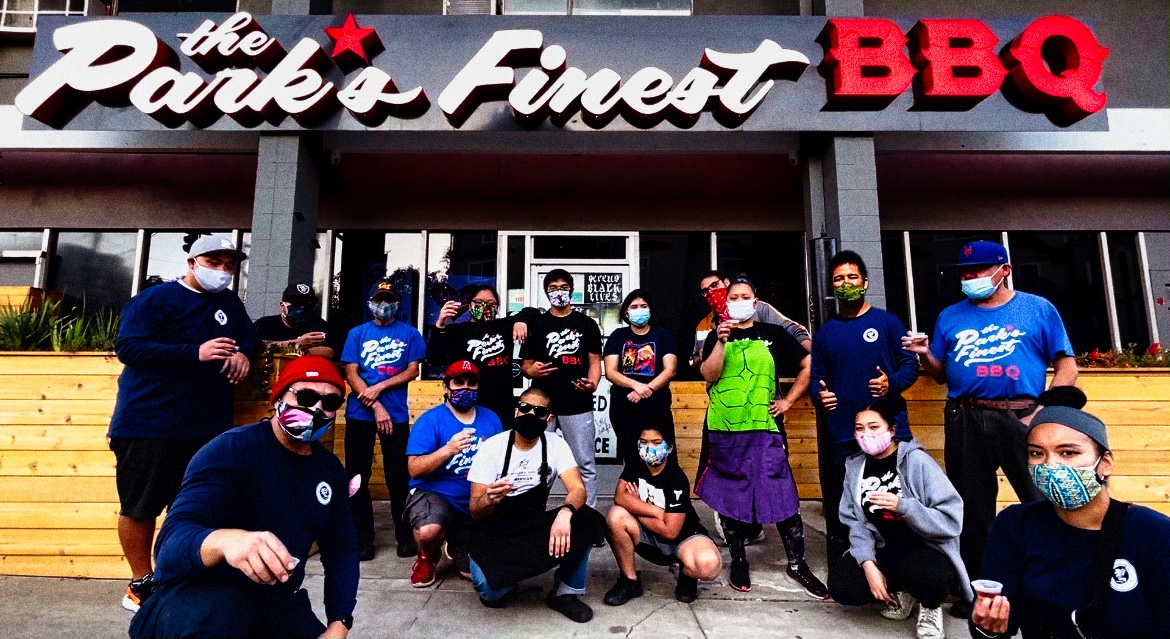 In an effort to keep its staff safe, The Park’s Finest has not been serving the public since March. Instead, it is making food for healthcare workers through its program Feed the Frontliners. Still, business is down 50% from what it was a year ago.

The money The Park’s Finest will receive through Foot the Bill “is considerable,” Johneric Concordia said. “It allows us to literally feed thousands of frontliners as well as keep our staff hired for a period.”

Vans kicked off its Foot the Bill program last April, partnering with local skate shops, restaurants, art galleries, and music venues to raise money and help them survive the pandemic. So far, the program has sold 21,000 pairs of Vans and raised more than $4 million for its small business partners.

Having relaunched the program in January with five restaurants in four cities, the company plans to add two to three new small businesses to its list of Foot the Bill partners every week through February 28. Each restaurant receives as many as 1,000 pairs of custom shoes and 250 T-shirts.

“The COVID-19 pandemic hit everyone around the world, and we wanted to help,” said Sylvia Niles, vice president of e-commerce for Vans. “We are hopeful this program will help our communities get through this unprecedented time.”