Arthur Nakane has been busking throughout Los Angeles for over 40 years.

LOS ANGELES — If you’ve ever visited Little Tokyo in the last 20 years, chances are you’ve seen Arthur Nakane, a one-man band who’s consistently performed at the plaza to the delight of locals and passersby.

Because of COVID-19, buskers like Nakane are not getting the foot traffic they need to keep performing.

“What I enjoy the most is always personalize, as though I’m talking to the person,” said busker and musician Arthur Nakane. “I choose the song that means something to that person. Not the whole crowd, just that person or couple or family.”

Despite relying on tips, Nakane is high risk at the age of 83, and for the first time in his life, he finds himself out of work.

Seven years ago, he lost the use of his legs and most of his fingers after he broke his neck. Nakane managed to perfom after his injuries, but the pandemic has proven to be more difficult to overcome.

“Financially, it’s devastating, just devastating,” said Nakane. “As you know, they call it 'starving musician,' so that means it's a hand-to-mouth type of thing. If you don’t get to play here and there, then you can’t even pay the rent.”

Busking is a centuries-old tradition that dates back to the Middle Ages. It is no different today, but now, some buskers have been able to find an audience online.

Nakane started busking while working as a dishwasher during college, and 60 years later, he still relies on having a live audience.

“As a professional, what you do is, you have to sing the songs people like,” said Nakane. “It’s not what you like, it’s what they want.” 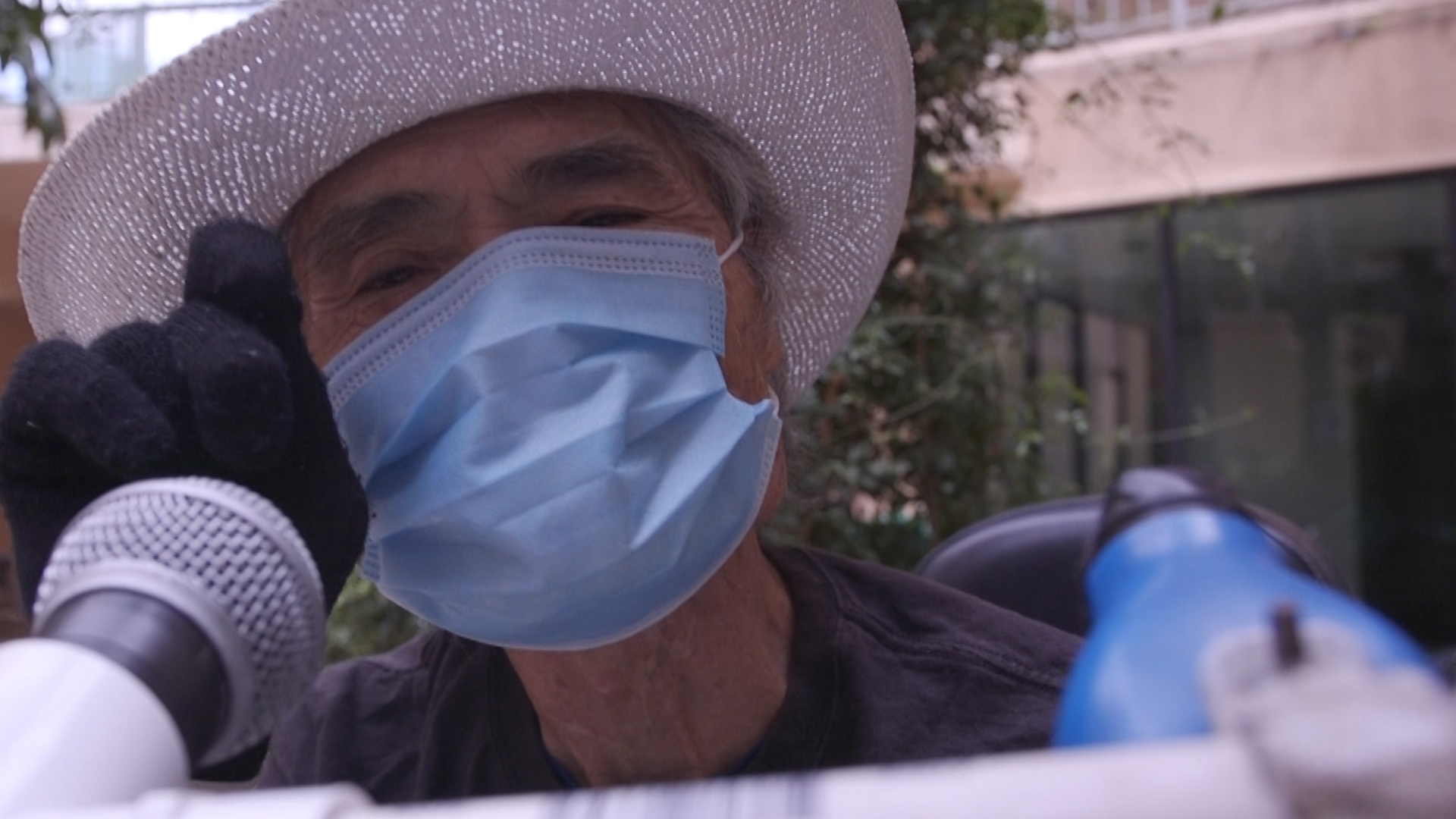 Nakane has a repertoire of more than 1,000 American and Japanese songs. He performed on America’s Got Talent, toured with the rock band Everclear, and played everywhere around L.A. from Santa Monica to Little Tokyo.

He has not been able to perform since March but still has a lot of hope. “Take advantage of disadvantage. You have nothing to lose, so turn adversity into your advantage and do the best you can,” said Nakane.

Thankfully, the community has rallied behind Nakane and started a GoFundMe to help him pay his rent. Every bit helps, but more than anything, he wants to play for the public once again.

CORRECTION: In an earlier version of this story, it was incorrectly stated that Arthur Nakane had lost his legs. The story has been updated to accurately reflect that he lost the use of his legs. (August 25, 2020)