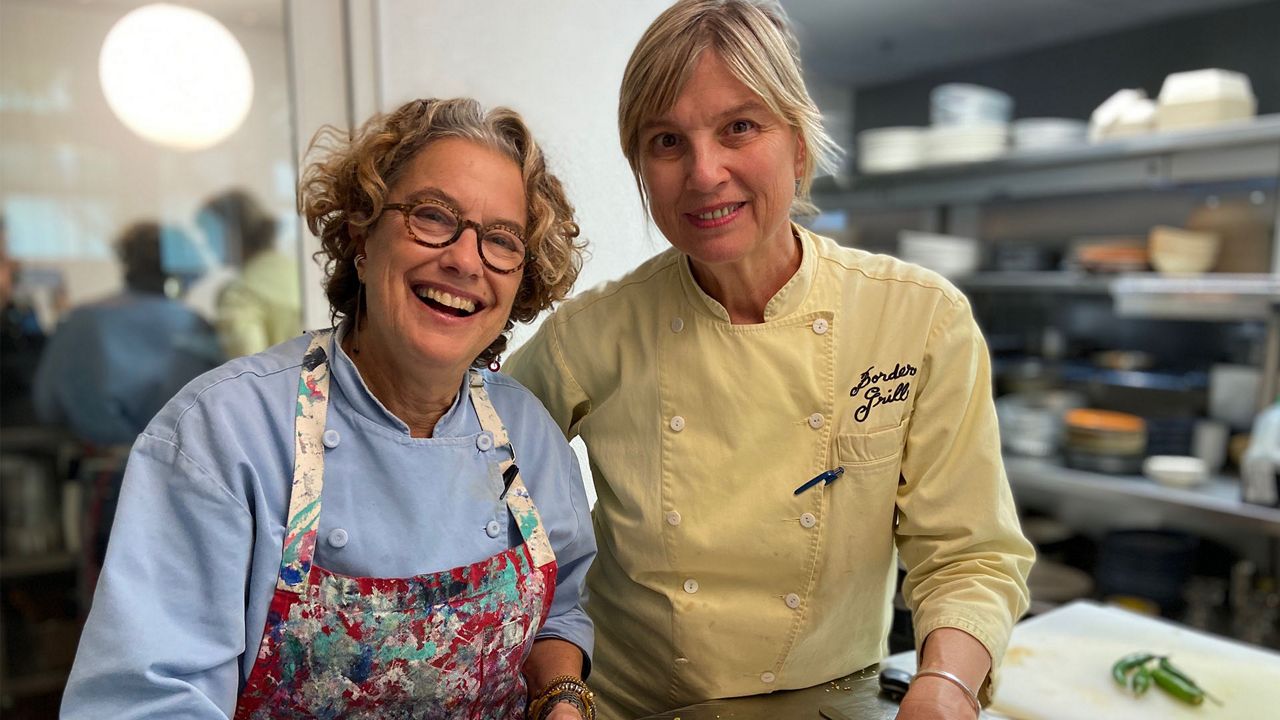 SANTA MONICA, Calif. — In this kitchen over the next week, there's going to be a lot of slicing of kumquats.

The two are using the special ingredient in a salmon poke.

"We thought the addition of thin-sliced kumquats would just be perfect and make that dish just alive," Milliken said.

This year a record-number 37 restaurants around town are participating, creating their own kumquat concoctions.

The event is something Milliken feels is a lot of fun for the customer and the chef.

"It gets people out of their homes and into the restaurants and trying new things," Milliken said.

The restaurant's name 'Socalo' is a mash-up of SoCal and Zocalo — the Spanish word for town square.

Their food is a 2020 take on where Mexican food meets Southern California.

The pair have been working together for nearly four decades and have made their fair share of ceviches and poke over the years. For 30 of those years, they have exclusively served sustainable seafood.

When you visit Socalo for Santa Monica Restaurant Week you'll have a choice of getting your sustainable salmon poke as an appetizer or as an entree' over red rice.

The poke is about 50 percent protein with the salmon, and 50 percent veggies using fennel, serrano chilis, and scallions, with a soy, sesame, yuzu sauce that's jam-packed with flavor.

"You get the spice, you get the salitness and richness from the sesame and soy, and then you get the acid the sort of bitter and acid from the kumquat so it's all these flavors put together," said Feniger.

To find the perfect balance of ingredients, they rely on their taste buds.

"It's all about tasting, you've got to taste it every step of the way," said Milliken.

You can get a taste too during Santa Monica Restaurant Week which runs from January 6 through January 12.