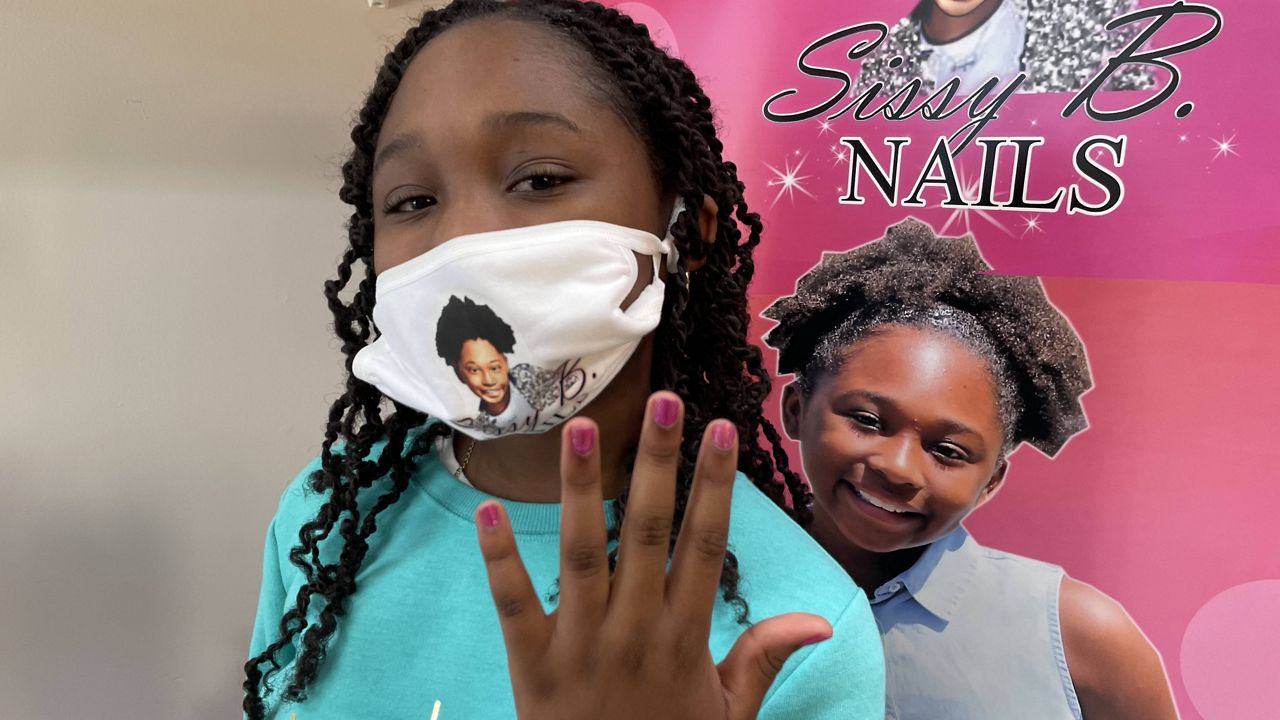 LONG BEACH, Calif. — When the pandemic first hit Southern California, 10-year-old Khiley Braxton — like millions of kids across the state — was spending a lot more time at home.


Rather than letting it get to her, Khiley took advantage of the remote learning schedule to do something she loved doing like painting her nails.

The daily habit kept her busy, but she is the first to say it was an activity her mom, Krystle, could not fully support.

“My mom used to get so mad," explained Khiley. "She was like, 'Close that bottle, it’s smelling up the whole house. Now we have to spray air freshener.'”

Rather than stopping her daughter completely though, Krystle decided to steer her daughter in another direction. In the lead up to her tenth birthday, she encouraged Khiley to create her own nail polish.

“It [the idea] came to me when she was painting her nails. I could smell it, and I thought what if we take the money we were saving for her birthday and invest it in a business?" Krystle said.

The money the family had saved for a birthday trip to a Nickelodeon resort became investment capital for a new nail polish business.

In August, Sissy B. Nails — a non-toxic and scent-free polish — was born, with Khiley Braxton as its CEO, social media manager, and face of the brand.

“It makes me feel proud of myself because I made the polish and it’s my product," she said. “It makes me happy, and I feel like I’m the person in this world that makes everything better.”

Over the last six months, the mother and daughter duo have created over a dozen different polish colors, which are available in store and online.

The names of the various colors — inspired by Braxton’s own life and culture — range from fun elements like "Slime Queen," "Cheertastic," to more serious tones like "Black Lives Matter."

“Another color that right off the bat she was like I’m naming this Brown Skin Girl because I’m a Brown skin girl," Krystle recalled. "I don’t think she knows yet the power she has in that but I’m hoping she’ll learn and the world will be able to learn from her.”

For Krystle it is more than just empowering her daughter to start something new, they are both hoping to inspire others in the process.

“I learned to never give up, be confident in myself, and thrive while I’m doing that," Khiley said.

It is advice anyone can definitely take to heart, after all when it comes to a pandemic business plan, Khiley and Krystle totally nailed it.