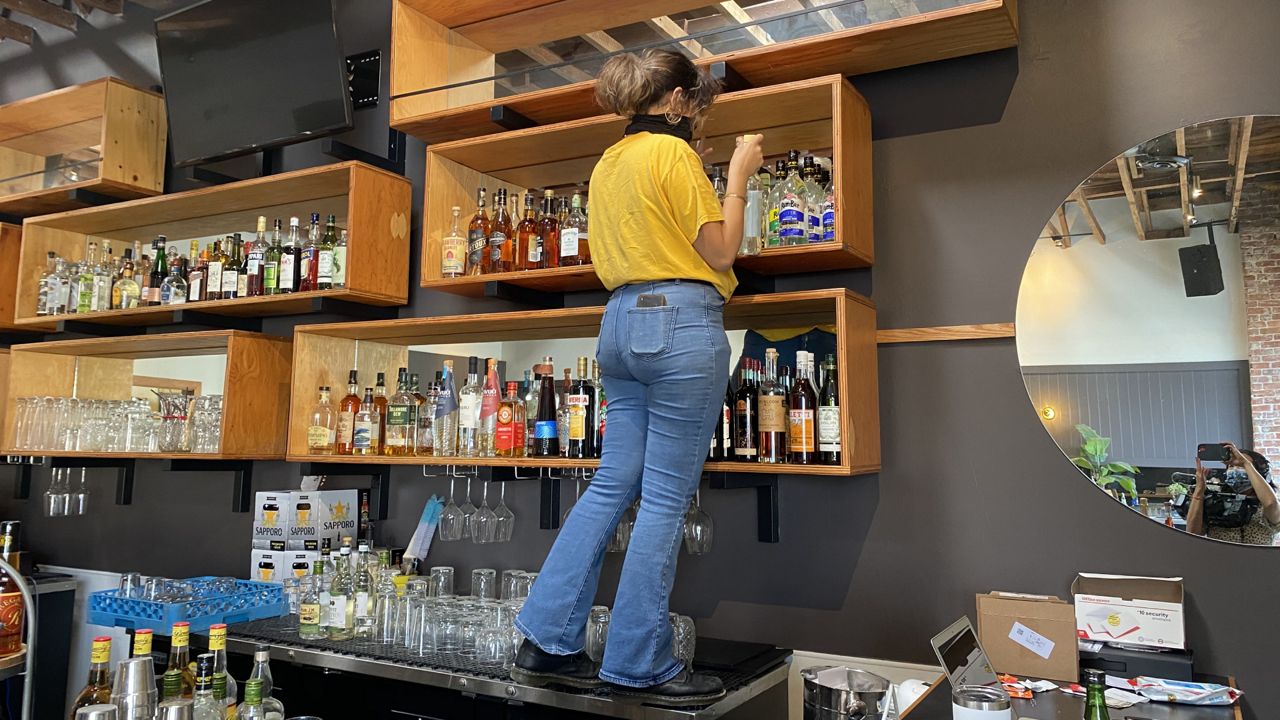 A C Baker, who is a bar manager in L.A., was furloughed in March due to the pandemic.

SILVERLAKE, Calif. — A report about job loss in Los Angeles County shows it will take years for hundreds of thousands of jobs lost during the pandemic to come back. Many of the people who were earning what’s called a living wage in the county worked in the food and restaurant industry. According to the Los Angeles County Economic Development Corporation (LACEDC), the living wage in the county is $14.83 for an adult with no children.

A C Baker has been working in the food and restaurant industry since she was 18. Everything from a bar manager to a server. She loves what she does. “It’s the aloha spirit. I’m from Hawaii," Baker said. "So it’s something you’re raised. You bring people into your home and you treat them like family."

On the job Baker's customers are her family. “It’s something that I take pride in," she added. "Giving them food they’ve never tried or alcohol that they’ve never tasted. Really just creating that memorable moment for that little bit."

Baker was working as a bar manager in Culver City earning $20 an hour early in 2019. Her job was one of more than 4,000,000 living wage jobs in Los Angeles County according to the LACEDC. Then the pandemic hit. A report from the agency said 1,000,000 living wage jobs were lost due to the pandemic, including Baker’s job as a bar manager. “I was furloughed March 16,” she said. That bar has not reopened since.

“I wanted to go back to work, even if that meant taking a pay cut,” Baker said. She took a job as a waitress or server earning close to minimum wage. Then in November with another round of COVID-19 related closures, she lost her server job.

“I had never applied for unemployment, pre-pandemic. I’m 32 this year,” Baker added. She said to survive she took out a loan and even sold some stocks. But now, for the first time in her life she is on unemployment. A difficult decision to make. “I grew up on government assistance and I promised myself I would never be one of those people,” she explained.

But Baker isn’t about to give up or wait around for those jobs to come back. “I refuse to be a sad story,” she said. Surviving is what Baker has been doing all her life. She currently is earning a small amount to help prepare for a new bar that plans to open in Culver City.

In addition to the food and restaurant industry, the LACEDC reports also stated that barbers and people working in the beauty industries were also hard hit with the loss of living wage jobs. You can read the full report here.