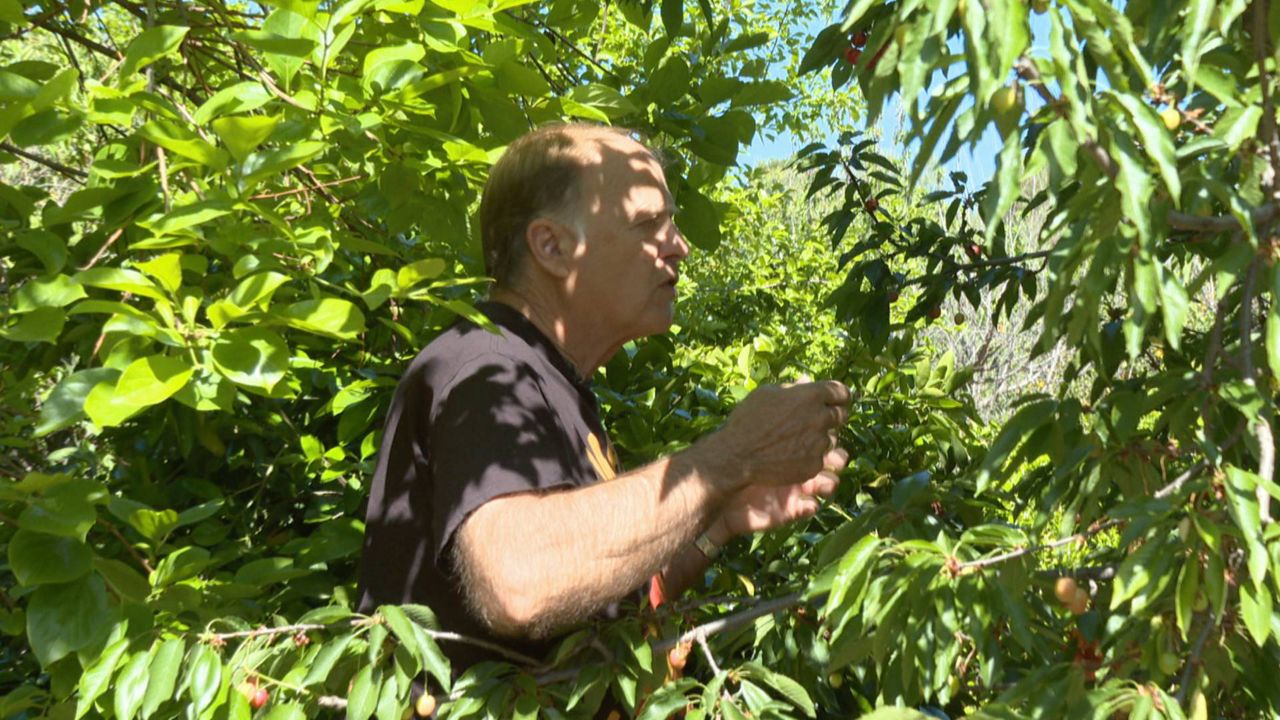 RIVERSIDE, Calif. — To see the trickle-down effect of the drought, you don’t have to look much further than farms.

Agriculture accounts for about 80% of the water used in California.


Weirdly enough, it’s looking a little too green for farmer Vince Bernard, owner of Bernard Ranches. This time of year, during the orange harvest, there would normally be more flowers on the trees.

“There’s 50, 60,000 blooms on these trees like this,” he said. “They should be absolutely covered. The ground should be covered in white. They should look white, not green.”

After decades of owning 50 acres of citrus groves in San Diego and Riverside counties, Bernard knows a bad sign when he sees one.

“Two years ago was the smallest crop I’ve ever seen in Southern California,” he said. “It was tiny, and I’m suspecting that this coming year, because of the lack of bloom, is going to be the same thing.”

Selling fruit got tougher during the COVID-19 pandemic, while maintaining the farm got more expensive. Despite painstaking rationing and letting go of several productive acres, water remains Bernard’s most painful monthly expense. His February bill was as expensive as last June’s — normally one of the hottest and driest times.

“I was going to replant it, but with no sales, no water, I’ve been biding time,” Bernard said while walking on a part of his property that’s been left fallow.

Holding off was probably the right move.

The Los Angeles Department of Water and Power just got done measuring the Sierra snowpack. LADWP conducts snow surveys from February to April at six locations in the Eastern Sierra, where snowmelt feeds into the LA Aqueduct, one of the major water sources for LA. The season’s final reading showed it had already melted to 22% of normal. It’s the same story with the state snowpack levels — well below average.


Terrence McCarthy, LADWP’s water resources policy manager, said most of California relies on runoff from the mountains throughout the summer.

Studies show snow in a recently burned forest disappears days or even weeks sooner than snow in a healthy forest, due to a lack of shade canopy and carbon shedding from trees that intensifies the absorption of sunlight.

With relief nowhere in sight, Bernard is experimenting to see what new crops can thrive with less water and high heat.

“I’m like the first guy with cherries in the state because I shouldn’t have cherries because it’s so darn warm here,” he said.

After several years in the red, branching out could lead Bernard back into the black.