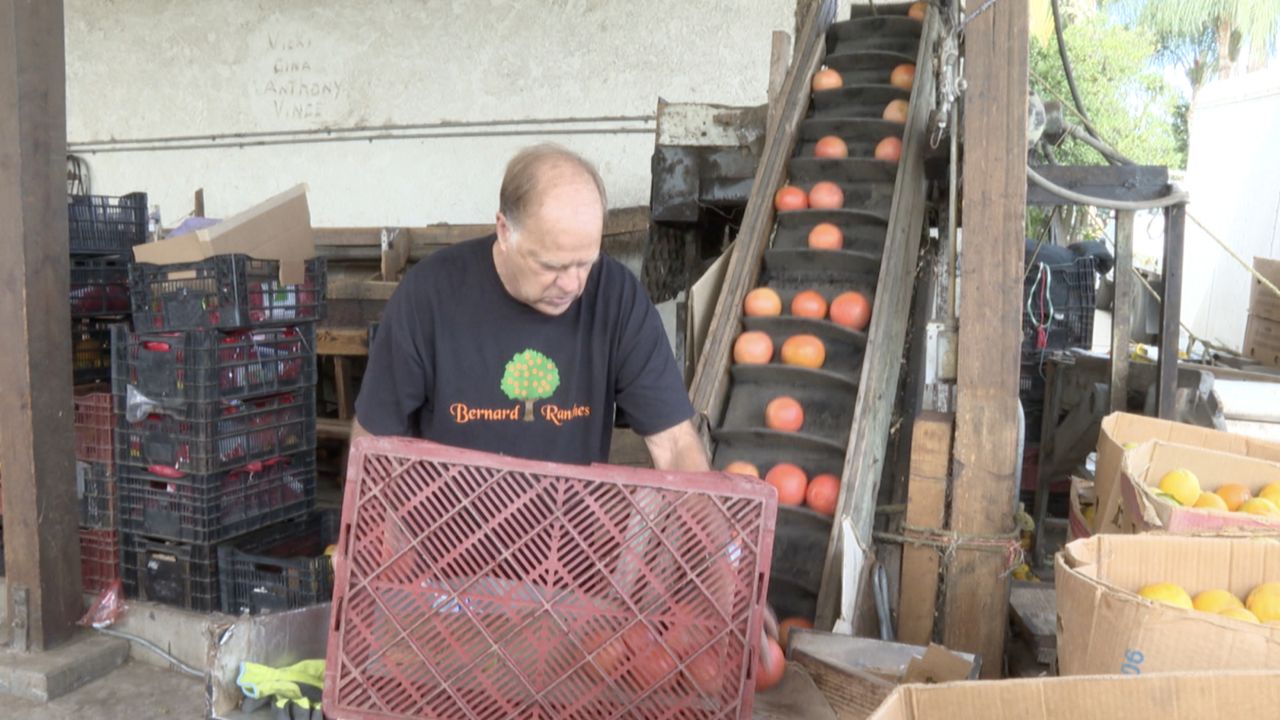 Vince Bernard, owner of Bernard Ranches in Riverside, is worried about the Southern California drought's effect on his crops.

RIVERSIDE, Calif. —  The pandemic hit during a bumper crop season for some farmers, meaning there was a lot to sell, but not many buyers. Now the sales are coming back, but it’s getting harder to grow the goods.

Some citrus groves persist in Riverside.

It’s what you don’t see at Bernard Ranches that’s worrying: about seven acres of land not planted. There could have been hundreds of trees there, but the water is just too expensive. This represents a pretty large chunk of Vince Bernard’s 50-acre family business.

Add on top another five acres where Bernard has been forced to shut off the water.

“That’s rough, I mean it’s like cutting off your hand when you go cutting off a tree that you’ve grown,” said Bernard.

There’s more pain to come. Bernard is looking at shutting off water to more areas, which means losing perfectly good trees. He knows the state’s dismal water situation will not get better soon.

The water he does use is painstakingly rationed out of a nozzle the size of a pinhole. Yet it’s still his biggest bill, as much as $40,000 per month in the summer.

The whole family has to jump in and help. Bernard married his wife around the time he started the farm in the 1970s. She picks up whatever slack there is. Their children help with the farmers markets.

During the lockdown they lost restaurant contracts and commercial orders. They called up and tried to sell to everyone who had ever bought before, even offering to sell at a loss. They got a lot of no’s, but farmers markets remained constant.

Revenue is better this year and there are signs of hope, such as the healthy-looking avocados Bernard is growing. He believes if he’s going to keep going, the farm needs to branch out beyond just citrus, especially because of the threat of disease. The Asian citrus psyllid is a pest that acts as a carrier spreading Huanglongbing, a deadly citrus tree disease, which was recently detected in San Diego county.

“We’re surviving. Surviving is good. Next year will be better,” said Bernard.