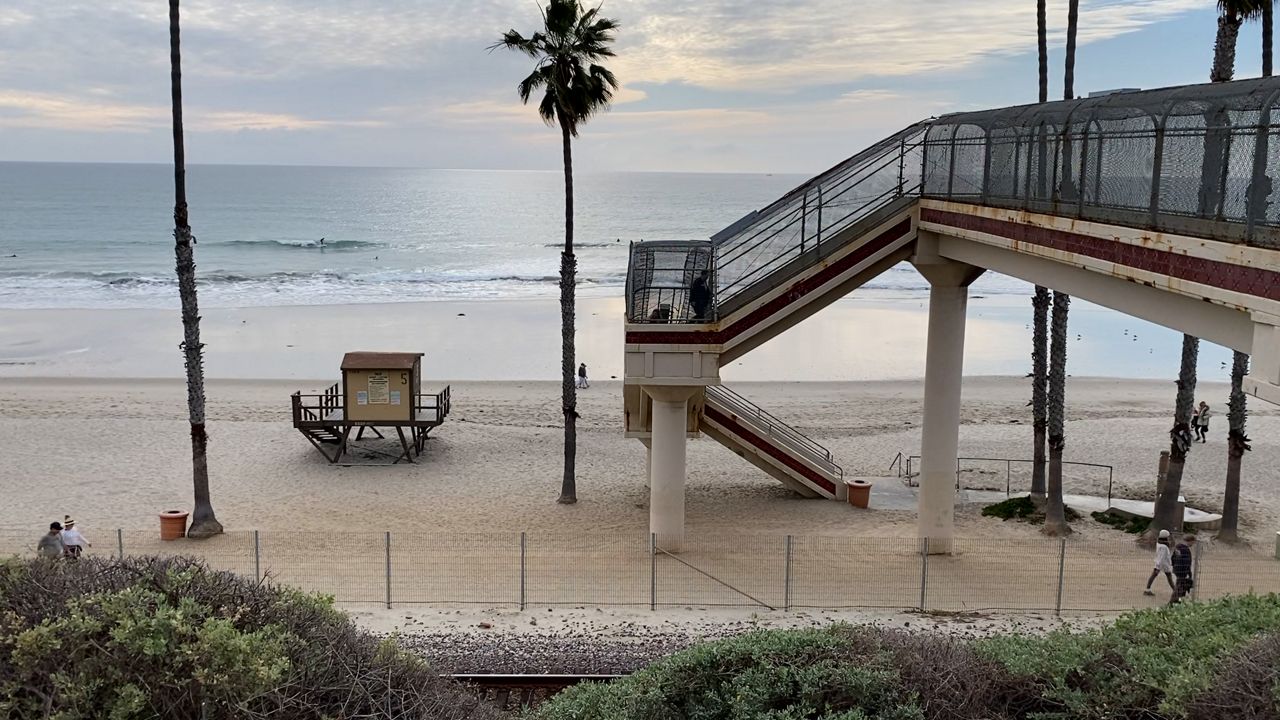 A United States Geological Survey study found the area could lose up to two-thirds of its beaches by the year 2100 if sea level doubles to six feet.


The city of San Clemente has proposed a project to bring in some sand to some of its most popular beaches. The San Clemente Sand Replenishment Project would add about 251,000 cubic yards of sand from a beach or surf spot known as T Street to Linda Lane.

Mayor Pro Tem Chris Duncan says the proposed project area is a less-than-one mile stretch of beach but an important one not only because the beaches are popular, and the San Clemente Pier is in the middle of it, but also it’s part of a what he says is called a littoral cell that generally carries sand south.

Duncan noted that according to the Army Corps of Engineers, which designed the project, “this is an area that is somewhat protected. We hope that, and the designers of the project hope that that means the sand will stay within that stretch of sand.”

Duncan explained how he spent a lot of time in San Clemente beginning in high school.

“I grew up in Northern California, but I had a friend whose family had a beach house down this way. So I spent most of my summers down in the water in San Clemente.”

Duncan said anecdotally that in the last decade or so, he’s seen the area where he spent many days shrink to half its size.

"It's almost like a gut punch because you sort of feel like something has been sort of lost," he said.

The city is hoping to bring the width of the beach back with the sand replenishment project.

Brett Sanders, a University of Irvine professor of civil and environmental engineering, walked on the other end of the project recently at Linda Lane. He noted that the city’s project is a good start.

"But it’s only one piece of the puzzle," he added. "What we need to be thinking about is the entire Southern California coastline from San Diego up to Santa Barbara and thinking about how we restore natural supplies to the coast.”

Sanders explained how retooling flood channels could boost natural sediment flow, among other ideas, and that the city’s project will offer a few years of wider beaches — meaning that the area of where you soak in the sun on the sand would be wider for a short while.

"So the question is, what is the long term plan? And we’re going to need more projects like this," he said.

Duncan agrees with Sanders, saying the city’s project is a good start, but "it’s not the silver bullet that’s going to solve all of our issues."


One more hurdle remains: money. The city recently found out the roughly $15 million project was not included in the bipartisan infrastructure bill.

Duncan had been anxiously waiting for the update. He says he was disappointed in the news but that he still feels "pretty confident that we’ll get the $10 million in federal funding through the appropriations bill. We have the grants for the remaining money ready to go."

Duncan noted that the money would be ready to go to help widen the beaches about 50 feet to help others create the same memories he made at the city’s beaches.

"This is for everyone," he said. "Everyone gets to enjoy it, not just residents."

If the project gets the funding, the city says the sand replenishment project is expected to begin early next 2023.