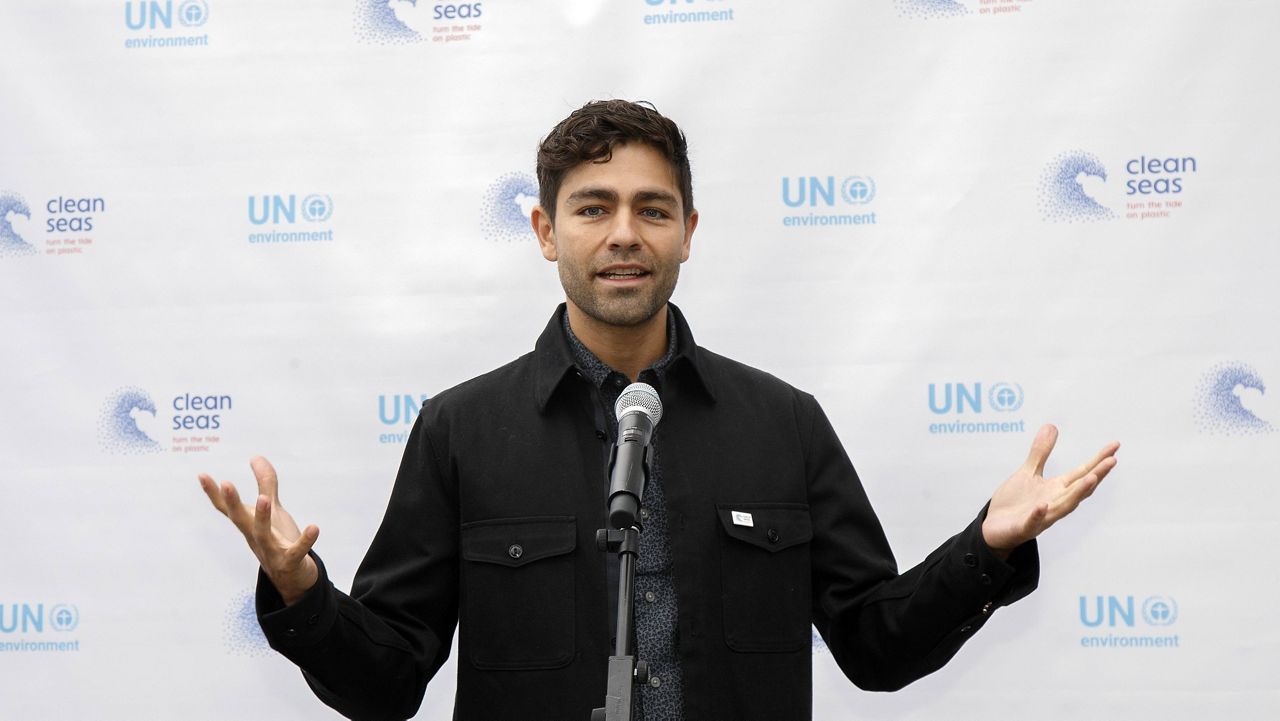 LOS ANGELES — Adrian Grenier feels closer to his roots when his bare feet touch the earth.


"When I was younger, my mom was really connected to our Native American heritage. She used to tell me stories on the Native American connection to the earth and how they lived. That really resonated with me, that struck me as a way I want to be," he said.

Then a dynamite career happened when Grenier starred in HBO's hit show "Entourage," about the life of the rich and famous.

"I found a lot of the decisions I had been making were to further my career or get to the next stepping stone," he said.

That is when he took a step back from the industry.

He has long been an environmentalist, well before his own nonprofit, the Lonely Whale, was created in 2015 to advocate for cleaner oceans.

His passion is events like the beach cleanup in Malibu hosted by the Shiseido Blue Project in partnership with World Surf League Pure and WILDCOAST.

As he and other volunteers prepared for the day of cleaning up Zuma Beach, it was difficult not to be daunted by the numbers.

According to WILDCOAST, about 17.6 billion pounds of debris end up in the world's oceans every year — that is about 57,000 blue whales.

Locally, the largest of the five garbage patches in our oceans is the Great Pacific Garbage Patch. It's twice the size of Texas.

Ironically, the Lone Star state is where the actor finds himself living now – on a ranch.

"It's a simple lifestyle, wake up take a breath, look out at the natural world. My focus is to be a steward of the land right now," he said. "I like to think people are inspired by the fact that they see I don't need to continue to indulge bad behavior just to be seen or liked or accepted, but I can stand for my values and endure the challenge of stepping out into an uncomfortable space for what's right," he said.

His daily efforts may be small on his ranch in Austin, but his advocacy is working toward a far-reaching cause of reducing plastic. He is adamant that he is not here to tell people what to do.

"I shy away from telling people what to do, I don't know what the answer is, all I can say when I clean the beach, when I get my feet in the sand and my hands in the dirt, it improves my quality of life and well-being," Grenier said.

He wants to share his truth, and the way helping save our earth impacts him. But even after a cleanup like the one he participated in, a beach is only as clean as the last wave that brings in more plastic.

"Look at this; that's why we're here," he said, staring out at the ocean.