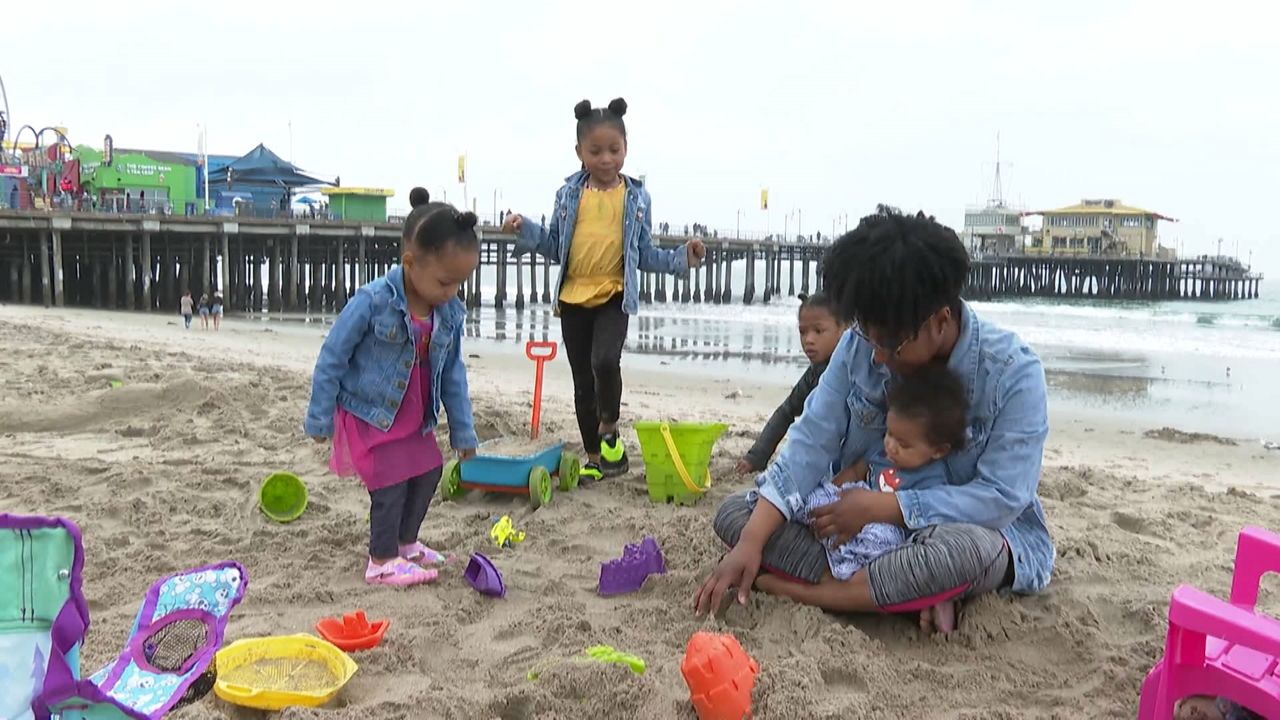 SANTA MONICA, Calif. — Southern California is full of beaches. There’s something for everyone – whether you’re a surfer, a volleyball player, or somebody who just likes to hang out. Spectrum News 1 visited Santa Monica Beach where the family can pack up the car and head on over to the sand. And when you’re done with that, there’s plenty of other things to do here at this beach.

“It’s more family-friendly than anywhere else,” said father of four, Daniel Collins. “Because for us, we normally pick this spot because you have bathrooms for the kids. Once they get hungry, you have multiple food places up here.”

The Santa Monica Pier opened up to the public in 1909. It was the first concrete pier on the U.S. West Coast. According to the city, the 1,600-foot pier was originally built above a pipeline that spewed sewage into the water until it was stopped in 1920. The pier became a popular spot for fishermen and for business people. And today it’s a similar scene with fishermen all along the pier and things to see, do and eat.

Watch the Spectrum News 1 special “Swell Beaches” at 9 p.m. on July 6 and 7 to find out what makes Southern California’s coast so special.