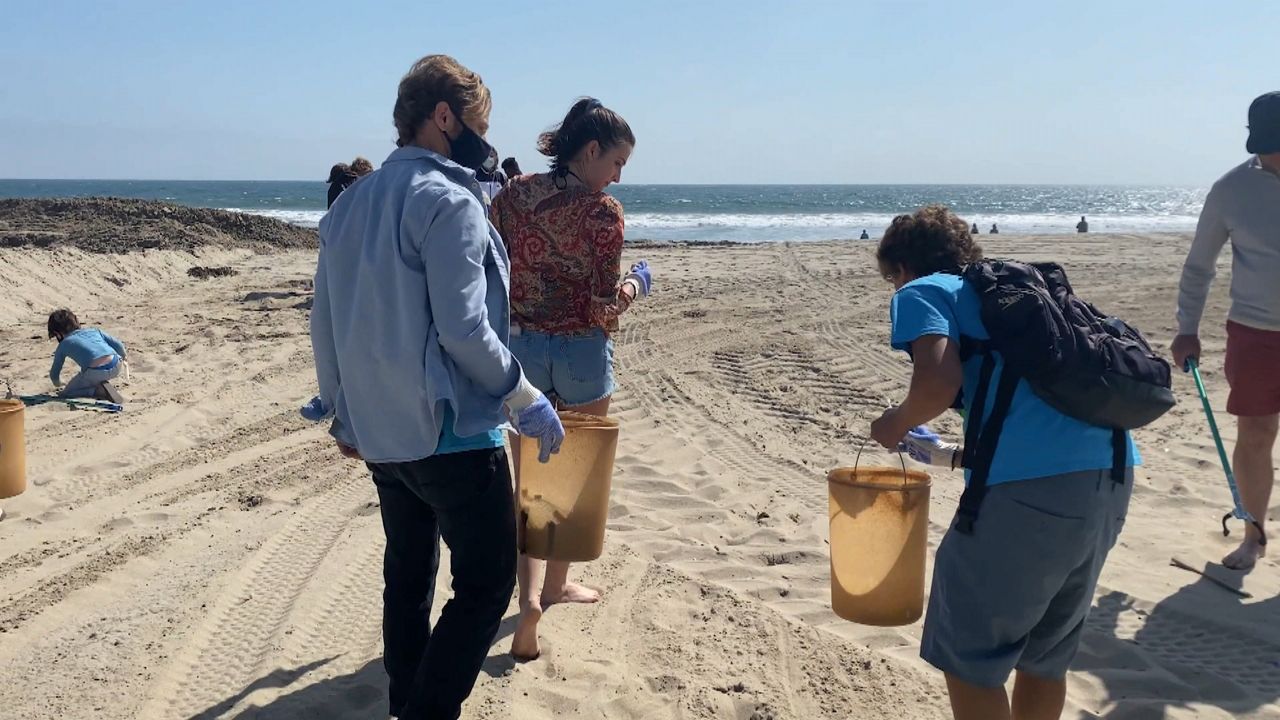 SANTA MONICA, Calif. — When Santa Monica High school teacher Ben Kay heads to the beach to go surfing, typically he picks up trash along the way. Getting to the beach takes longer than it should, even though he only lives a few blocks away.

“Two bags of trash before I even get to the beach," said Kay.


Locally he's become known as the "trash surfer." In a photo that went viral online, he spelled out the word "help" in plastic on his surfboard.

Growing up in Santa Monica, Kay saw plastic pollution while surfing and fishing, but his eyes were really opened in 2008 after the first "flush."

“Which is when the first rains of the rainy season go down our storm drains and come onto our beaches carrying a bunch of plastic," he said.

"The pollution is in the air, water, in the soil, in the food we eat, and we can’t tolerate that anymore," he said. "And if we’re going to save this planet from the chemicals, from the pollution, we need to act now."

The bill is large, comprehensive and is the first of its kind at the federal level.

"Of the materials that are collected in the bins, only approximately 8% of them are ever recycled, the rest end up in incinerators or in landfills," said Lowenthal.

The bill also shifts the burden of cleanup and waste management from local municipalities to the corporations that produce the waste.

“The people that produce it have to be part of the solution and pay for the design of it. They have to be held accountable, and they also have to begin to think about how they are going to really use more of the materials that they collect," said Lowenthal.

While Kay and his students continue to pick up plastic at the beach, no amount of effort will ever get it all. Local cities and counties bear the burden of cleanup, but they don’t have the resources, so Kay feels this federal legislation is part of the answer to the growing plastic pollution crisis.

"Make sure that those companies that are choosing to make a product that nature cannot digest, that we hold them accountable to the waste management," said Kay.

Global plastic production is expected to triple by 2050, but there is hope that this federal bill may offer solutions. But time is ticking.