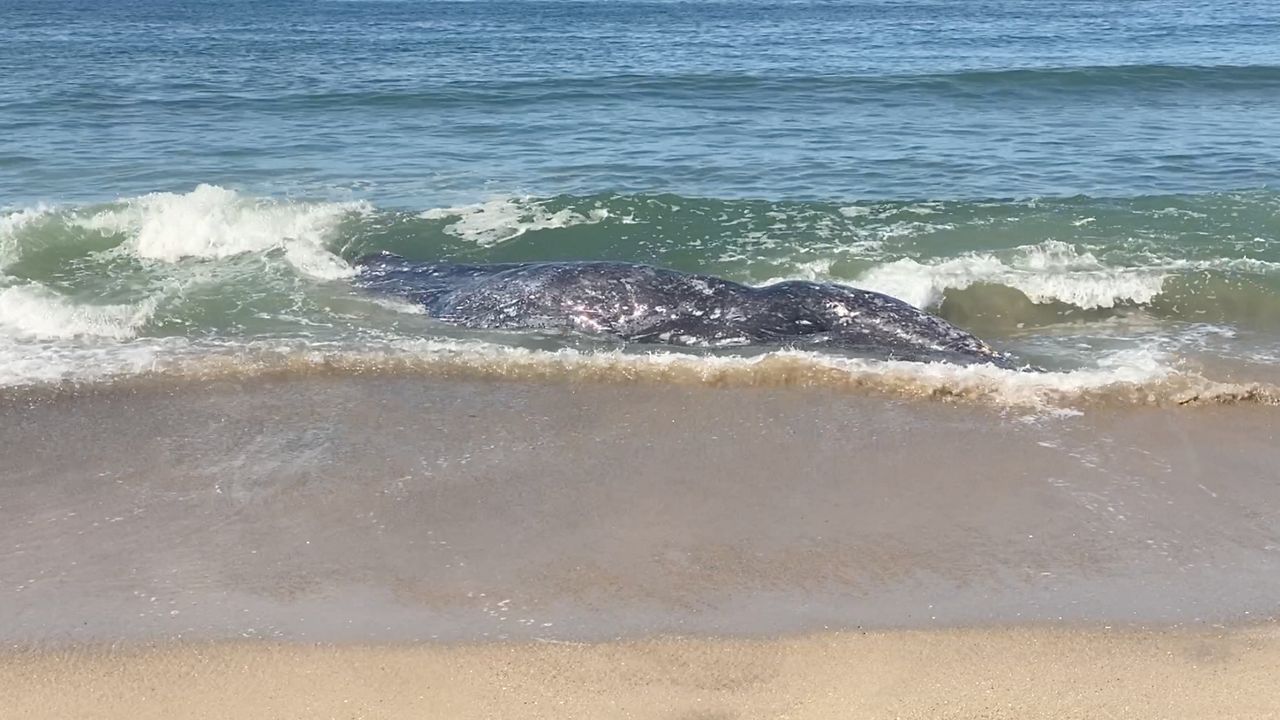 "This is uncommon. I rescue 300 to 500 sea lions or seals every year, but this is odd," Wallerstein said.

Wallerstein, who is president of Marine Animal Rescue, said the California gray whale that beached itself on the shores near Dockweiler State Beach Wednesday afternoon appeared severely malnourished. It came ashore around 3:30 p.m. and died a few hours later.

"It's sad. It's a really emaciated animal, so something's wrong with it internally," Wallerstein said.

According to researchers, nearly 400 gray whales have died along the West Coast and Alaska since 2019.

Scientists are still studying this unusually high mortality rate. Still, a recent study in the journal Marine Ecology Progress Series concluded it's likely because of starvation due to lack of prey, which may have been caused by the warming waters where the whales feed.

Wallerstein stood watch over the whale pretty much from the moment the first calls came in, only going home to sleep before returning in the morning to monitor the whale's removal.

He wasn't the only one whose eyes were glued on the rare sight. Dozens of people came to watch, including friends and neighbors Alia Arbas and Nancy Kang, who brought their little girls to see a whale up close for the first time and teach them about the circle of life.

"It's pretty amazing to see the process of how it'll be cared for and taken out, and other animals will have life from it, which is an amazing life experience," Arbas said.

Scientists tried to perform a necropsy on the whale Thursday morning, but the waves made it too difficult, so instead, they towed the animal out to sea.

It took a long time to put a rope around the animal, but eventually, a team was able to pull the whale out to sea, taking it about 30 to 50 miles offshore so that currents wouldn't wash it ashore again.

"They're just beautiful creatures," Wallerstein said. "This is a part of life, and you have to deal with the good things and the bad things. This is a bad thing."