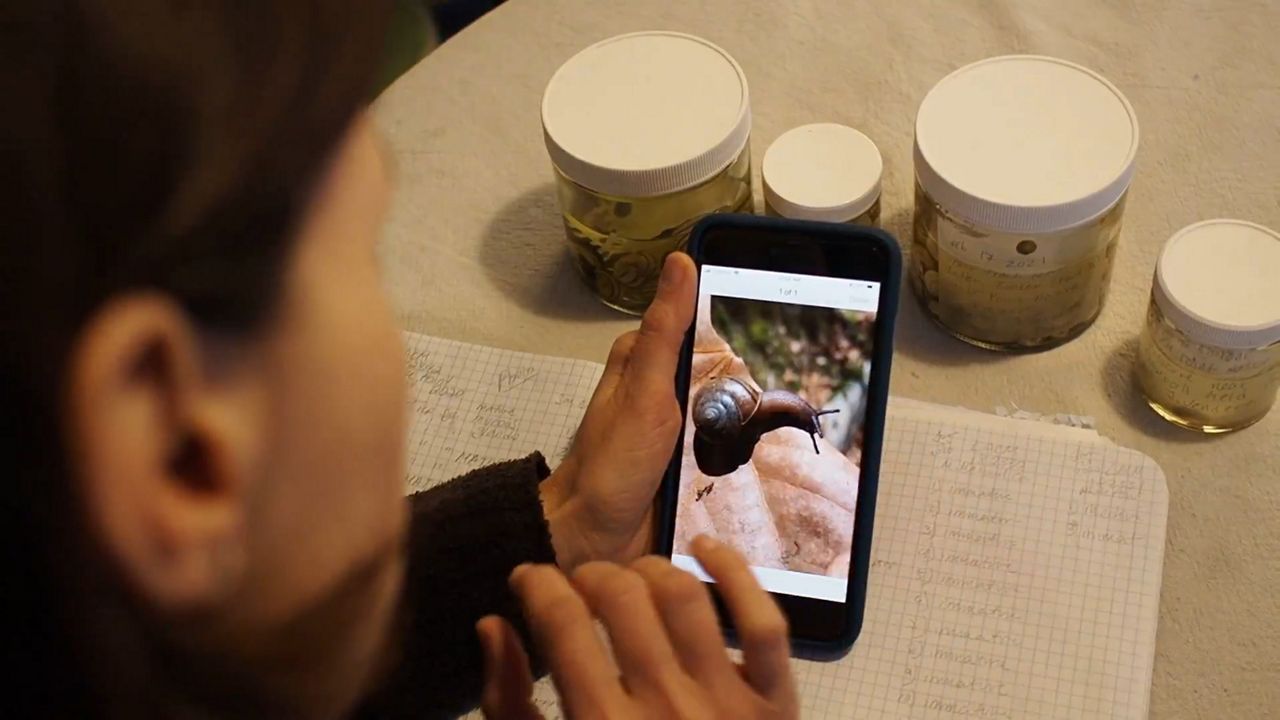 Got Gastropods? Grab a Camera and Be Part of SLIME

That’s all it takes to become a community scientist and help the Natural History Museum of Los Angeles County with an ongoing project.


Jann Vendetti spent her childhood summers visiting her grandparents' house on the coast of Maine.

“And I just got interested in every little crawling thing in those tide pools," she said.

That fascination blossomed into a career, and she is now NHMLA’s associate curator of malacology — the study of mollusks. There are a lot to study, with far more individual species than you probably realize. Vendetti noted that right now there are about 5,000 species of mammals and maybe 15-20,000 types of birds. But mollusks blow them all out of the water.

“All of mollusks that exist on earth right now, there are a 100,000,” she said. “So they are hugely diverse and they are really weird.”

She could study them all day and often does, collecting and cataloging them in jars called lots. But with so many creatures around, Vendetti can’t possibly keep track of them all by herself, and that’s where Sara Medina comes in.

“This is my secret spot for finding garden snails," said Medina as she stalked among plants.

Medina is a records examiner at the county clerk’s office, but what she really loves examining is nature. Each year she participates in the NHM’s Snail Blitz, collecting photos for a community science project called SLIME — which stands for Snails and Slugs Living in Metropolitan Environments.

When she sees snails, Medina shares them using her phone to snap a pic and uploading it to a website called iNaturalist. It’s a chance for her to be outdoors, help with scientific research, blow away the competition.

“I’m very competitive, so I want to have the most observations," she said.

Side note: She’s currently number one. Last year the community helped identify over 2,300 gastropods, and Vendetti hopes to get about 1,500 observations before this year’s window closes.


Every year, the project has enabled them to record a new snail species in the region — mostly from Europe and in many cases not a threat. But some can be what she calls a nuisance species that eats your garden, or worse, local crops.

“We’re very close to the San Joaquin Valley and Ventura County, where so much of our produce is grown, so some of those species would be a potential threat to agriculture," said Vendetti. "So it’s important that we know where they are."

Snail Blitz is only open until the end of March, but once you’re in, this could be the start of a new hobby. INaturalist will let you explore species by location so instead of doomscrolling. Vendetti suggests using your phone to get more acquainted with our Southern California neighbors, big and small.