HOLLYWOOD, Calif. — For many people, fast food comes with an extra serving of guilt – not only because of the calories but because of waste.

Between the plastic straws, the plastic forks, and napkins that are often handed out in excessive piles, a simple meal can become an environmentalist’s worst nightmare.

So Shake Shack is experimenting.

Starting this week at its locations in West Hollywood and Long Beach and later this spring at a location opening in Santa Monica, the New York chain is serving its burgers, fries, and drinks with a new type of sustainable cutlery and straws.

Manufactured locally by the Southern California startup Restore Foodware, they use a natural material called AirCarbon that feels like plastic but naturally degrades if it ends up on the ground or in the ocean.

Shake Shack said it is the first major restaurant and the first chain to use AirCarbon cutlery and straws, which are billed as the “world’s first natural and regenerative foodware.”

Made from a biomaterial that does not require food crops for its production and also reduces carbon in the air, AirCarbon is certified carbon negative by the Carbon Trust. It also won the Presidential Green Chemistry Challenge Award from the U.S. Environmental Protection Agency. 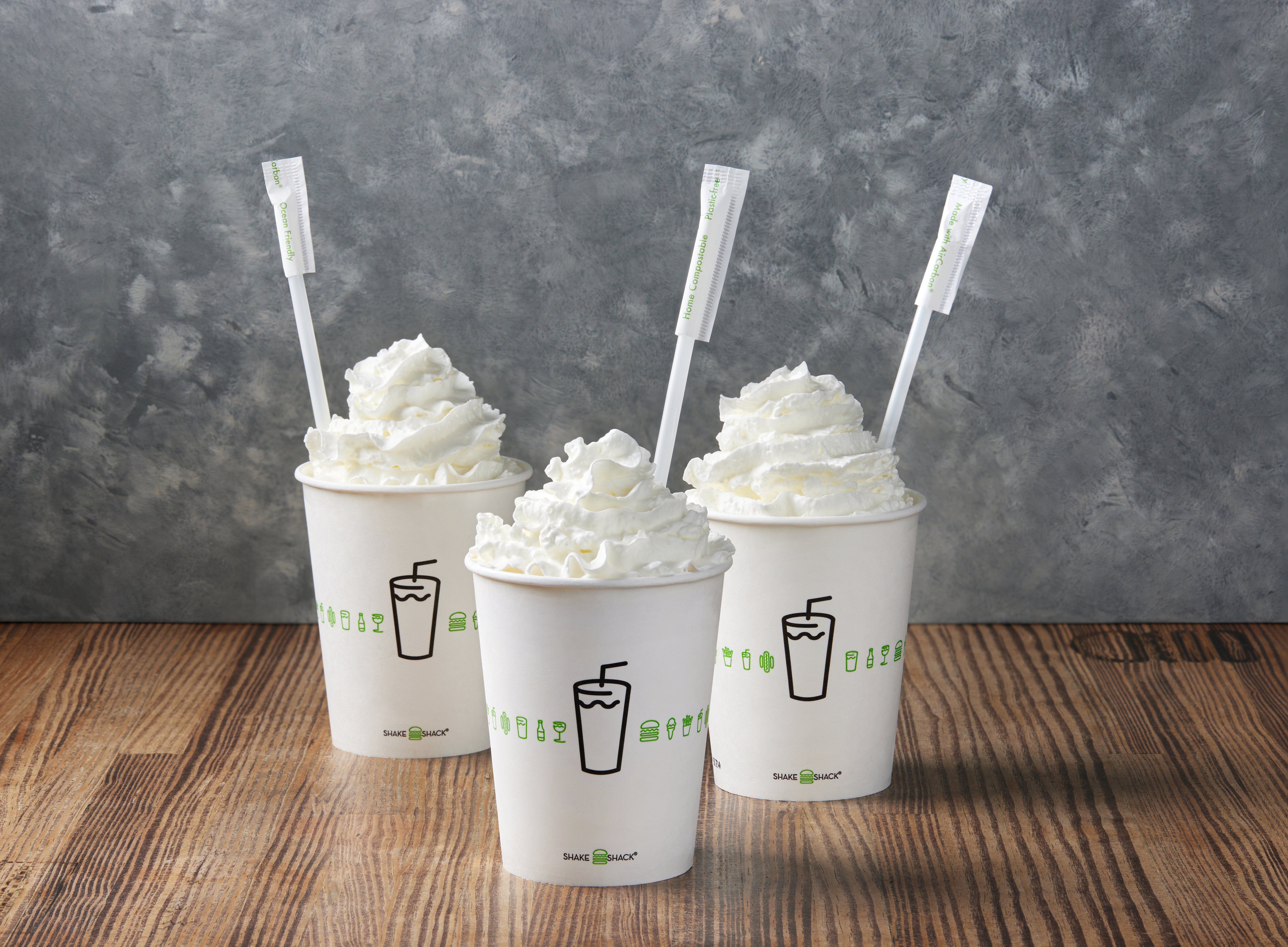 CarbonAir cutlery and straws can be used for hot and cold foods. They don't get soggy, are dishwasher safe, and can also be reused. Shake Shack says the straws and cutlery will be used for orders at its walk-up window, drive-up window, curbside pickup, and in-store pickup, as well as for delivery.

“By working with change-making products in the industry, like Restore’s AirCarbon cutlery and straws, we will be able to learn and apply more enviornmentally friendly solutions to our operations now and over time,” said Jeffrey Amoscato, Shake Shack’s senior vice president of supply chain and menu innovation.

In addition to the California locations, Shake Shack is piloting AirCarbon at its stores in Madison Square Park and West Village in New York, as well as Miami Beach, Fla.

“Our mission is to help end the flow of plastics into the ocean for this generation by replacing them with materials that work for both people and the planet,” said Mark Herrema, chief executive of Newlight Technologies, the parent company of Restore Foodware.