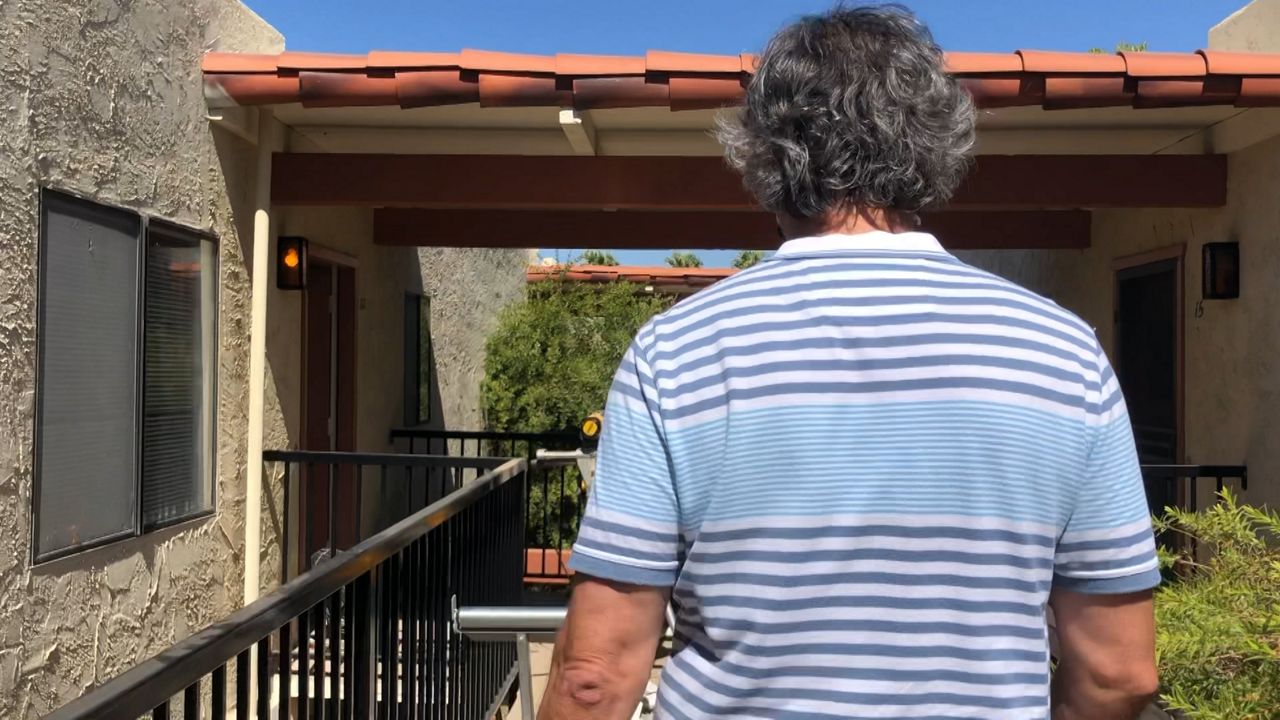 Residents like Karl Rowley are curious if the infrastructure of their Palm Springs apartments are ready for an earthquake.

PALM SPRINGS, Calif. — Dr. Lucy Jones is a seismologist who is answering questions on what the swarm of earthquakes around the Salton Sea may mean for residents in Southern California.

Fifty-five miles away from the Salton Sea, Palm Springs resident Karl Rowley has yet to feel one of the swarm’s shakes, but just by the notifications on his phone, he feels it might not be long until he does.

“I wanted to check out if that fault here, would have been impacted by that swarm over there. It’s a reminder of what kind of land we sit on," he said.

Rowley is new to California. He moved to Palm Springs in June from Canada. When it came to how to handle this type of natural disaster, he sought out information from experts.

“I’m subscribed to Dr. Lucy Jones on Twitter because she’s the worldwide expert on this,” said Rowley.

The news of the swarm of hundreds of small earthquakes just over an hour away has left Rowley thinking about things like the infrastructure of his apartment complex and where he could take cover when the next quake hits.

“Like Lucy Jones used to say, don’t be afraid of the chandelier falling. Secure it,” said Rowley.

While Rowley doesn’t live in fear, he does admit there’s more he can do to be prepared.

“With the swarm, it’s just that I’m not prepared,” said Rowley.

So that’s how this earthquake swarm has shifted his perspective. He’s taking the next week to make sure he is earthquake ready.